Apple and Onion Serve a Balanced Meal of Fun 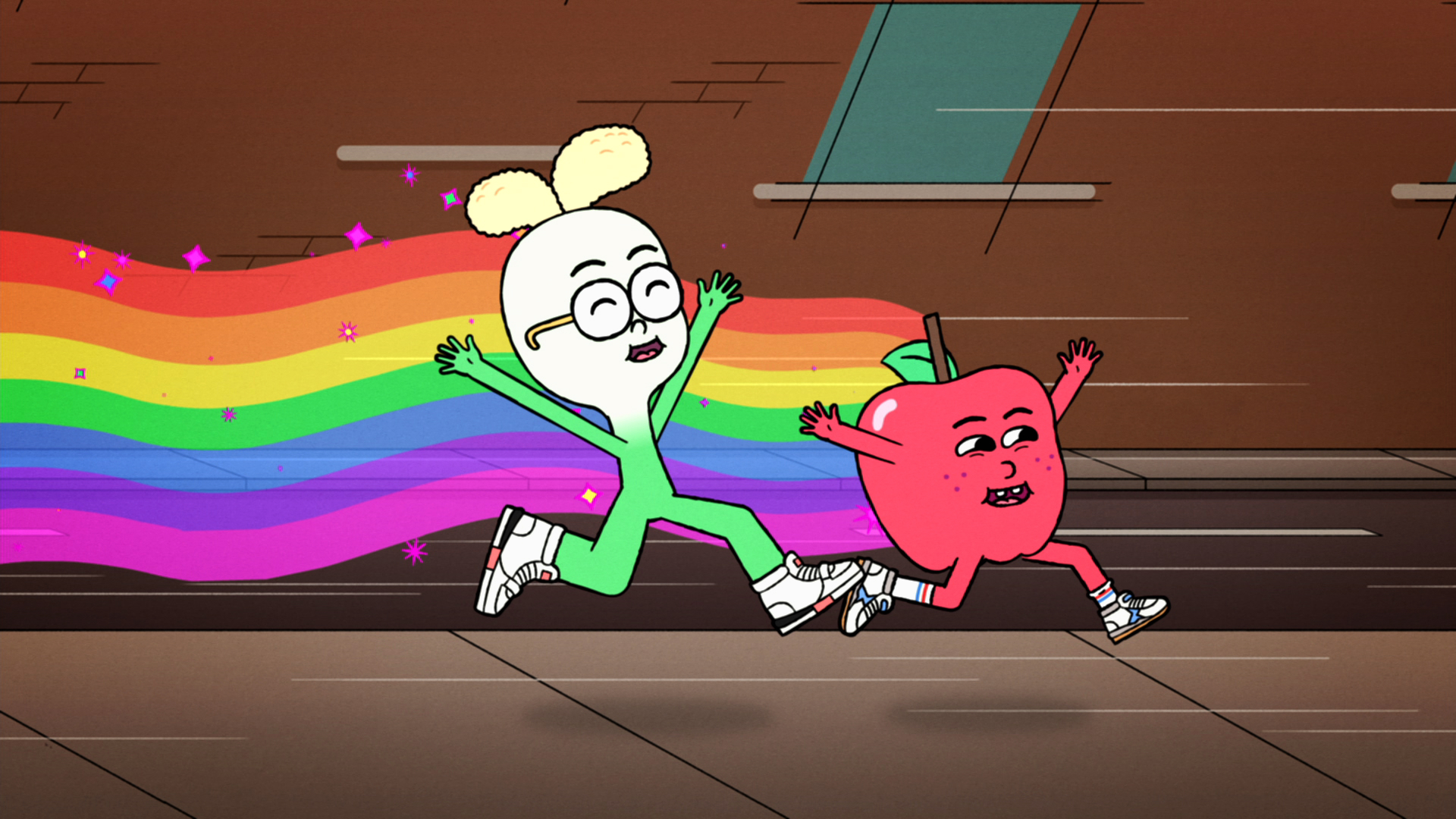 Anthropomorphic animals are out and best food friends are in on the whimsically delightful, deliciously musical new Cartoon Network special limited series Apple and Onion. The show will air with a back-to-back helping on February 23rd at 7 PM (ET/PT).

Apple and Onion is created by George Gendi and executive produced by Cartoon Network Studios. You can watch “A New Life” and “The Perfect Team” early on February 16 with the Emmy-winning Cartoon Network App and VOD.

Fans will know Gendi from his time working as a story boarder on another Cartoon Network original, The Amazing World of Gumball, and the Nickelodeon show Sanjay and Craig. Apple and Onion joins the critically acclaimed Over the Garden Wall and Long Live the Royals in the ranks of projects greenlit by the Cartoon Network’s Artists Program.

Also in the tradition of the CN miniseries and other programs – Steven Universe, Adventure Time, We Bare Bears, to name a few currently airing – Apple and Onion’s world is wonderful and the theme is friendship.

Apple and Onion are new to the city and the city is new to them. They find it unfamiliar and confusing, but with an unstoppable enthusiasm they discover their own special and often insightful path through the journey called life. Joined by an eclectic lively mix of anthropomorphic food friends that include Hotdog, Lemon Drop, Pancake and countless others, the can-do and optimistic Apple and Onion encounter adventures on every avenue, take on the challenges of big city living and bring cheer and goodness to wherever they go.

The denizens of the foodiverse may borderline on the uncanny valley for some adults, but I doubt kids will mind with all the marvelous silly going on. Not to mention IT Crowd’s Richard Ayoade voices Onion and George Gendi himself voices Apple. Catch two brand new episodes of Apple and Onion on Cartoon Network every Friday at 7 PM (ET/PT) until the series end on March 23.