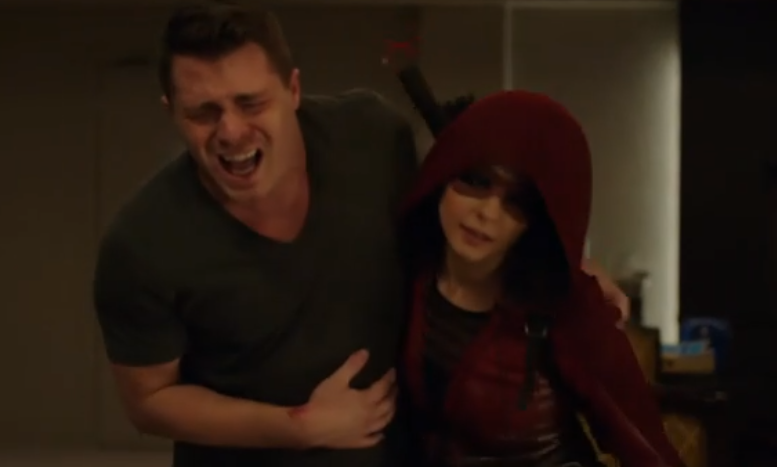 Fans of Arrow on The CW can look forward to seeing a lot more of Roy Harper. Actor Colton Haynes has signed on as a series regular for Arrow Season Seven!

Here’s a bit of a history lesson for you all. Colton Haynes joined Arrow as a recurring character during season one. He was a series regular for the second and third seasons. He then left the series, but guest starred in season four. Colton’s character Roy Harper (aka Arsenal) wasn’t in season five. Colton came back as a guest star in episodes 15 and 16 of the currently airing season six of Arrow.

“We’re very fortunate and excited to welcome back Colton to Arrow. While we’ve always enjoyed Colton’s returns to the show, we couldn’t be more thrilled to have him return as a proper series regular, and we’re very excited about all the creative opportunities Roy Harper’s return affords us,” the Arrow exec producers said in a joint statement.

“I could not be happier to return to my role as Roy Harper alongside my Arrow family,” said Colton.

While Colton rejoins as a series regular for Arrow season seven, actress Willa Holland has left. Willa played Thea, Oliver’s younger sister. She had been a series regular since the first season. Her final appearance was in “The Thanatos Guild”, episode 16 of season six. It aired on March 29, 2018, and showed Thea and Roy going on a mission to find and destroy some Lazarus Pits. Of course, Thea (Willa Holland) can always return in future seasons. So, let’s see what happens.

Talking about series regulars, Constantine has joined DC’s Legends of Tomorrow season 4 as a regular.

Colton previously appeared in American Horror Story: Cult. Seeing him get work and doing what he wants always makes me happy. That boy has been through a lot.

Are you excited about Colton Haynes returning as a series regular for Arrow season seven? Are you a fan of Roy Harper? Let us know.

Previous:Shokugeki no Soma 3×13 Review: Advancement Exam
Next: Siren 1×3 Review: Interview With A Mermaid