“Aurion: The Legacy of the Kori-Odan” African Game on Steam 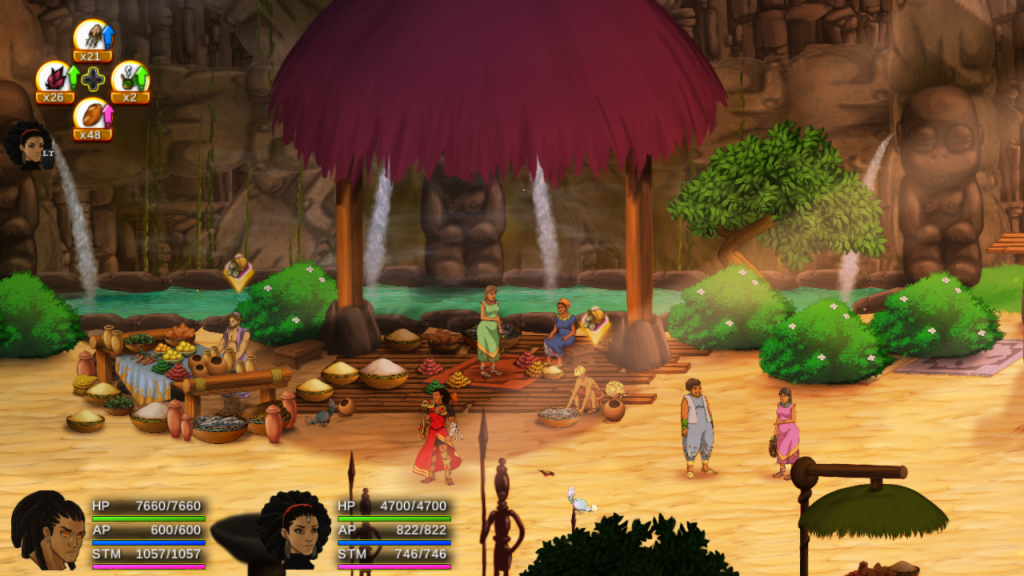 I’m all for having more diversity in the gaming world. And if you are interested in a game from African developers, you should consider checking out Aurion: Legacy of the Kori-Odan on Steam. It is the 1st anime-like 2D real-time action role-playing game set in an African-themed mythological universe.

In Aurion: Legacy of the Kori-Oden (an indie game) you play as Prince Enzo and his wife Erine “who have been victims of a coup d’état in the Kingdom of Zama, and want to get their throne back.” You will get to explore six continents as you “jump, dash and fight in combats à la Super Smash Bros.”

Aurion is an epic action RPG set in a wonderful African Fantasy world with a unique, open and dynamic fighting gameplay.

Enzo Kori-Odan, the prince of Zama is a victim of a coup d’etat orchestrated by his brother-in-law on the day of his coronation and wedding with Erine Evou. The royal couple is then exiled and decides to go around the world in search of allies. They will especially have to reunite Enzo’s warring legacy in order to retrieve their throne.

Beyond retrieving their position, the dethroned Royal couple will precisely discover the geopolitical and existential dilemmas attached to their functions of King and Queen. They will have to find answers in order to secure the fate of Zama.

Aurion is at the same time a mystery and an evidence in the Auriona planet. This energy was discovered a long time ago and is manifested in various ways (battle, handicraft, etc) in daily life. Those who use it in battle are called Aurionics letting them increase their power and have access to untold fighting techniques for a short time interval.

Aurion: Legacy of the Kori-Odan has been developed by the Cameroon-based studio Kiro’o Games.

It is currently available for purchase on Steam.

There is also a comic book you can read.

Previous:“Mario and the Aliens” Helps Remind Us All To Take Breaks From Electronic Screens – Book Review
Next: Netflix Trailer for Shadowhunters Season 3B Should Be Official Trailer, Honestly