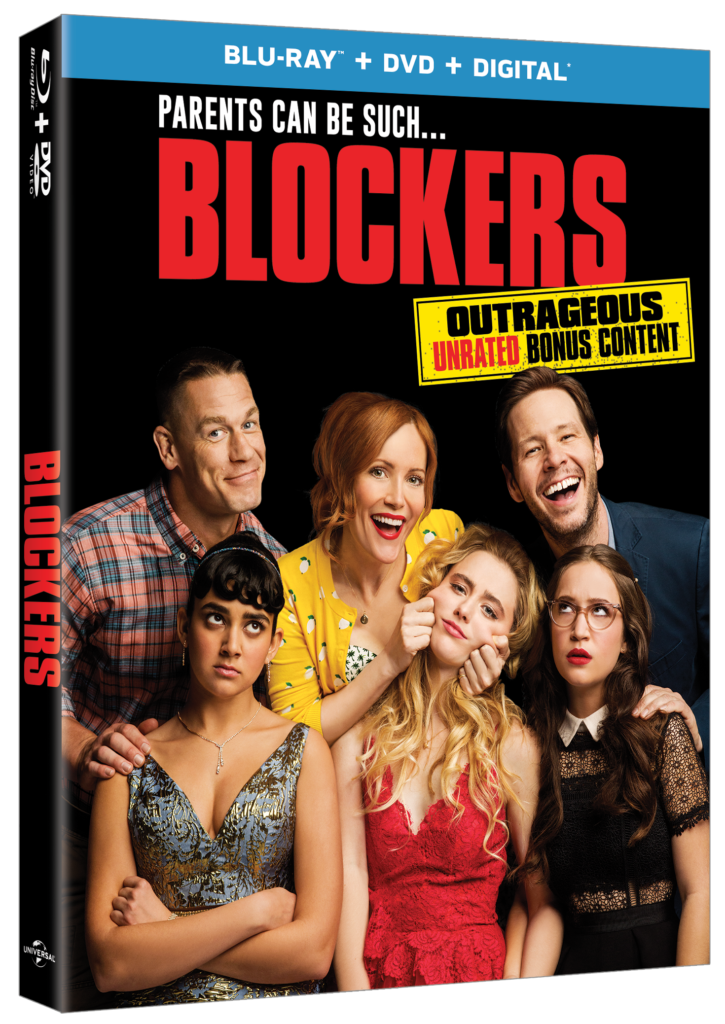 When Blockers premiered in theatres last month, I had no idea the John Cena, Leslie Mann, and Ike Barinholtz starring comedy about high school girls wanting to lose their virginity would end up being a well-written film with queer representation. You can own it on Digital and Movies Anywhere on June 19, 2018. It’ll be released on Blu-ray, DVD, and On Demand on July 3, 2018. I recommend you watch it.

Courtesy of Universal Pictures Home Entertainment, the Blu-ray, DVD, and Digital releases of Blockers will also feature unrated bonus content for fans to enjoy. The film is the directorial debut of Kay Cannon (writer of the Pitch Perfect series).

The trailer doesn’t do justice to this well-written film, making it look like your typical teen comedy in which female sexuality needs to be policed.

The bonus features you can enjoy include:

Blockers is Rated R. It has a runtime of 1 hour and 40 minutes.

The DVD release is in (Aspect Ratio) 16:9 2.40:1 Anamorphic Widescreen with the sound being English Dolby Digital 5.1/ Dolby Digital 2.0.

As of writing this, Blockers has been able to gross $81.6 million at the worldwide box office on a $21 million production budget.

If you are looking for a female-centric teen comedy that is actually funny and talks about a number of themes (including queer representation) in a respectable manner, you should definitely check out Blockers.