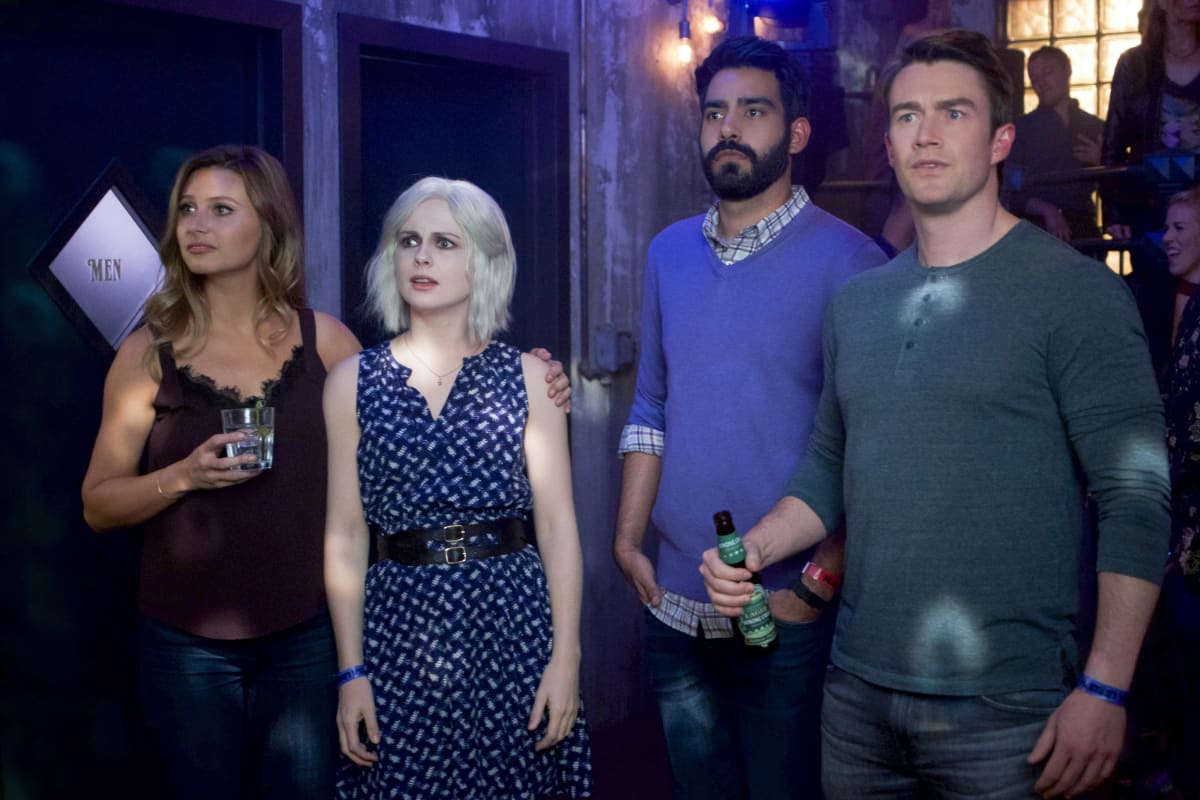 While part two of “Brainless in Seattle” didn’t feature quite as many 90s rom-com/romance references as last week’s installment, there were still some great ones, and I have to say this has been one of my favorite brains yet. (In fact, it might be THE favorite.)

Despite being just the fourth episode this season, “Brainless in Seattle, Part 2” kept the plot moving at a breakneck pace – which is great for this particular episode, but leaves me wondering how much more they’re going to pack into iZombie‘s fourth season. I mean, they had a much easier time than I expected catching the serial killer who was ‘introduced’ just last week…although with so many other bad guys milling around, I suppose they didn’t need another one in the mix for longer than these two episodes. 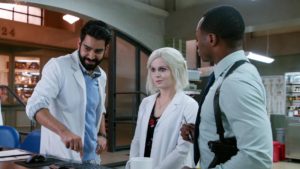 They also seem to have reached a good balance between everything that’s going on and Liv’s usual antics; again, while there weren’t quite as many references in this episode, I got a kick out of seeing her bullet journaling, baking up a storm, and writing Bridget-Jones-style diary entries on her computer. And while Liv was still lovestruck, Major’s search for the video of Jordan scratching zombie-hating Tucker didn’t go very well. Yes, he found Tucker, who had stolen the phone from the friend who recorded the scene, but as it turned out Tucker had already joined “Father Love’s” cult. Father Love being, of course, Angus, and after this episode I agree with fellow Geekiary writer Erin that pretty much any Angus is too much Angus…but at least some of these story lines are finally intertwining. 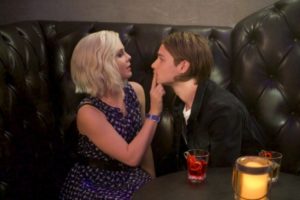 In fact, not only was Tucker wrapped up in Angus and his zombies first/humans worst doctrine, but it turned out that Liv’s ‘soulmate’ Tim was, as well. Thankfully logic won out over her current romance obsession, leading to what was both a moving realization and a fun quote: “Maybe our soulmates are the people who are already there, standing by our sides, while romances come and go…and if these are my soulmates, I just might be the luckiest girl in the world.”

And speaking of intertwining story lines, Blaine has already caught up with Mama Leone (a.k.a. Renegade) and turned her in to Chase Graves. Now that we know more of her backstory (which basically proved, at least to me, that she’s one of the Good Guys) it’s hard to think about what might happen to her. She’s been an interesting addition to the show, so I really hope she doesn’t end up being the first real zombie guillotine victim. There’s still a chance she’ll be rescued, right? Right?

This whole “Brainless in Seattle” arc has been really great, even if I find it a bit weird that iZombie chose to air a two-parter as the third and fourth episodes of the season. I’ll be sad to see Liv on something other than rom-com-loving brain, but one thing I’m looking forward to is more zombie brain samples a la Ravi’s brief stint on nudist brain and Major’s moment on wrestler brain.

Could this turn out to be the best season of iZombie yet? I’m beginning to think that’s a strong possibility…

Previous:‘A Day in the Life of Marlon Bundo’ Is a Must Read
Next: The Walking Dead 8×12 Review: The Key