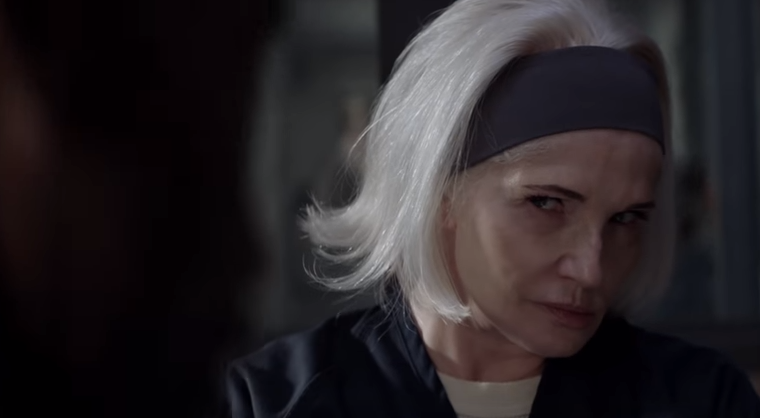 Smurf in ‘Broke From the Box’ (Image: Screengrab)

This week’s episode of Animal Kingdom season 3 gave us an answer about what we can expect regarding Nicky’s journey. If she doesn’t appear (for a while or even permanently) on the show after ‘Broke From the Box’, I wouldn’t be surprised.

I was provided a ‘Broke From the Box’ screener for review. The opinions are my own.

I think everyone agrees Nicky hasn’t had anything worthwhile to do since the premiere of Animal Kingdom season 3. Whether you like Mia or not, she did have a point when she told Nicky about leaving the Cody family because their world wasn’t for her.

Nicky loves J, or at least she thinks she does. Being a teenager, she also has a weird idea of what she wants in life with J standing next to her. However, her reality is far from perfect and we have seen it creeping up to Nicky since the beginning of this season. ‘Broke From the Box’ showed her mental state finally breaking, and while I don’t like that she injured herself with a gun, I hope it will allow her to grow as a character if we see Nicky again.

I appreciated J deciding to make his relationship work with Nicky after he hooked up with Mia. But the point still stands. Nicky is not suitable for his world. Also, J can’t bring himself to break away from Smurf even though the pressure continues to build. While I can understand J feels trapped, I do think he doesn’t want to break away from Smurf because he likes a life of crime.

‘Broke From the Box’ also focused a bit on Smurf’s time in jail. Things are growing tougher. I want her to be free soon so she can come back to her house and deal with Billy. I don’t think she will be happy about him giving suggestions to her boys about their next hit.

What did you think of Animal Kingdom this week? Did you enjoy ‘Broke From the Box’? Let us know.