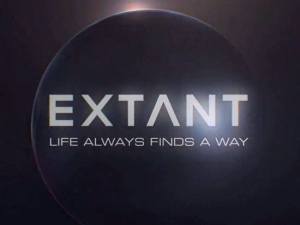 It seems we’ll be getting another dose of alien invasions, advanced A.I’s and a POC female lead next summer. CBS has renewed the Halle Berry-starring series Extant for a second season and I’m very excited about the news.

The first season of Extant had a promising start but I felt a lot of things were jammed packed into the 13-episodes show. Nevertheless, the actors did a good job with their characters, especially Pierce Gagon, who played an advanced Humanich prototype, Ethan, who quickly became the heart of the show.

Mickey Fisher, the creator of Extant, also shared his excitement about the show’s renewal and thanked the fans on Twitter.

I’m happy about the renewal because I like seeing flawed female leads on my TV screens. Molly Woods (Halle Berry) had a lot of annoying traits but in the end, she was able to grow as a character and save the world. Her relationship with her husband was also quite refreshing. I also liked the fact the show didn’t focus on useless love-triangles to create drama.

Though the viewership wasn’t impressive for a show on CBS, deals with Amazon and overseas distributions are said to have played an important factor in the renewal. In a sense, the episodes were able to prove profitable even before they aired. Following the same model, CBS also renewed another Steven Spielberg sci-fi show, Under the Dome, for a third season.

Are you excited that Extant got a second season and didn’t do extinct? Let us know!