Giancarlo Esposito discusses Once Upon a Time, Breaking Bad, and future projects! 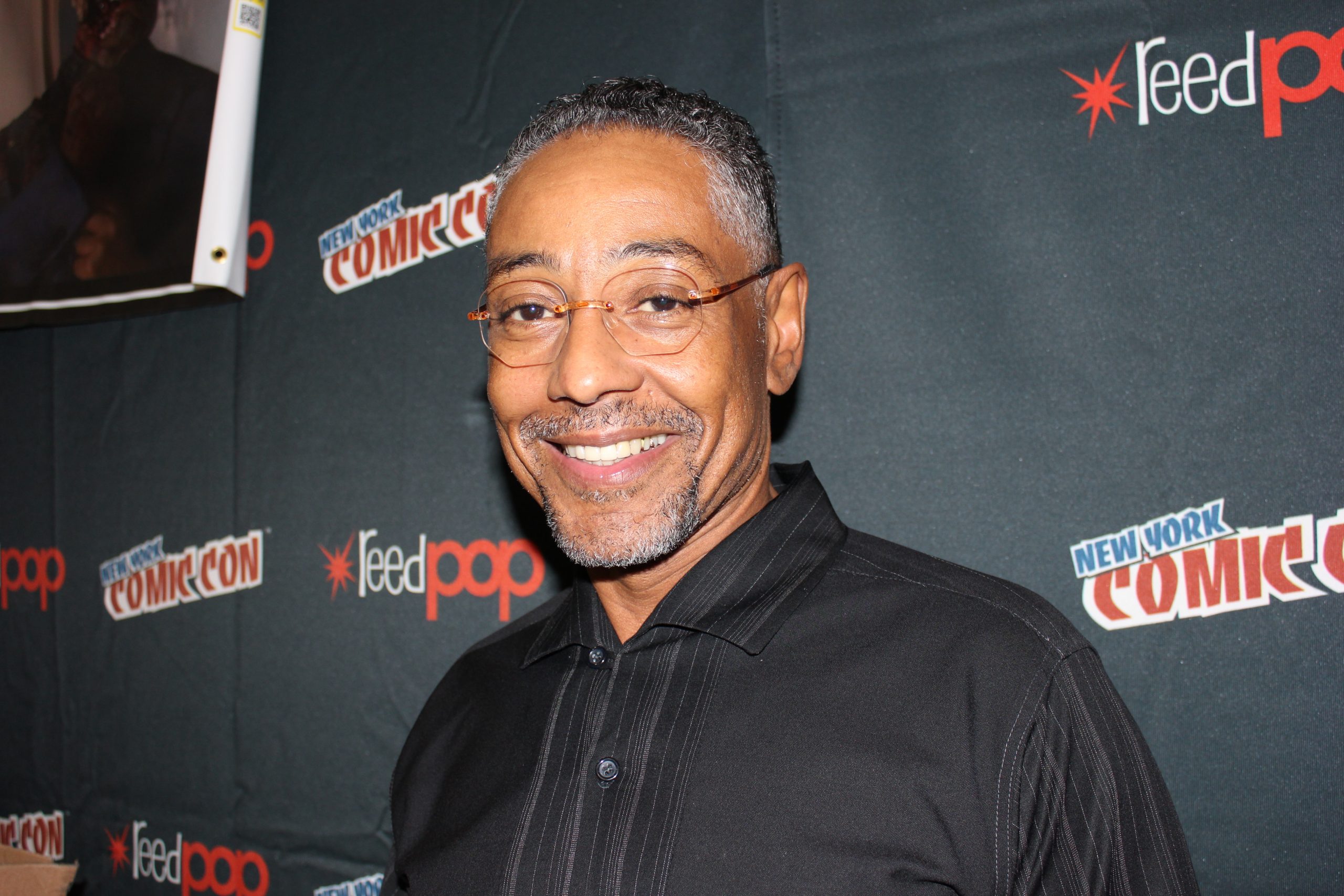 Bandit: Is this your first year at Comic Con?

Bandit: How you finding it?

Giancarlo: I find it good, you know.  It’s really large so it’s really spread out.  I like to sometimes be on the floor with the artists and the vendors so I can kind of feel their artistry.  It’s a little bit – we’re a little locked away over here.  I don’t think I’ve ever had lines this long.  I think I’ve only done [a few of these].  So it’s nice to have kind of one straight line. But I like it. The fans are excited.  But I do like to see dressed up fans going by.  That’s always nice.  It’s a little different. 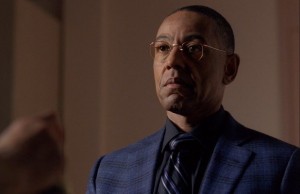 Bandit: [I’ve seen] a few Breaking Bad in the yellow.

Giancarlo: Many many hazmat suits, which is really pretty cool.   Almost everyone who comes to see me has a Los Pollos Hermanos shirt.  Breaking Bad has just exploded in a way that just sort of, in many ways, seems paranormal to me.

Bandit: How do you feel about the show ending?

Giancarlo: I’ve been away from the show for four seasons […] I love the show. I think it was time for it to end.  I think Vince ended it beautifully.  So many people come up to me and say to me season four could have been it.  Vince designed it that way in case it didn’t get picked up, but he always planned on the whole show going five seasons anyway.  But they split that fifth season into six, which I think was a marketing strategy by AMC.  But I think it was the proper ending and the right amount of time.

Bandit: Speaking about being away from a show, you were in Once Upon a Time at the beginning as the mirror.  We saw you back in the season premiere being locked away.  So that was a big shock seeing you come back, which was great.  It was absolutely fabulous.

Giancarlo: I went away between the time I did Once Upon a Time was sort of around the time I had just got into somewhere between season three and four of Breaking Bad.  I had done Once Upon a Time and I didn’t plan on going back and they wanted to go back and I really like Eddie and Adam.  So I went back with another one when I was done with Breaking Bad and then I went right into Revolution.  So I was able to thread the needle and do another one for them before I went off and did two years of Revolution.  And when that was done they were calling me again.  So I came back to [Once Upon a Time] in the opener.  I’ve done another one. There was the possibility that I’d do three of four more. We just couldn’t figure it out. So I just do them as one offs when Eddie and Adam call me.  But things are changing with my career and I’m getting really busy so I always try to say to them, look, you know reserve a space for Once Upon a Time.

Giancarlo: I like the character.  I like the people that shoot up in Vancouver. I like the crew.  In the fourth one, I can’t give it away, but I’m working with someone I’ve worked with before.  Besides Lana, who I absolutely adore, so it was an extra treat to go back and do one more after the premiere, which will be coming on soon. 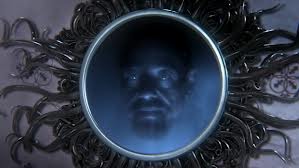 Bandit: So is it someone else on the show?

Giancarlo: Yeah, it’s someone else on the show who I’ve worked with in a different incarnation.

Bandit: Okay, I’m going to have to scour IMDB now.

Bandit: So what do you have coming up outside of that?

Giancarlo: I’m getting ready to start The Maze Runner series.  They had a really great opening with their first film, Maze Runner.  I’m doing Scorch Trials.  The second movie.  We start shooting in about two to three weeks in Albequerque.  I’ll be doing three movies with them.  One a year for the next three years.  I’m also getting ready to do an NBC show.  It’s a thriller that hasn’t gone on yet.  It’s mid season.  I don’t want to give that away, but that’s coming up real soon.  I’ll do that in tandem with Maze Runner.  And I’m developing a show with Lawrence Bender for a network to be determined.  We’re now looking for a director.   […] I really love the script. We just came together about a week ago and I’ll star in it and it’ll be on either cable or network depending on where we can find the richest audience for it.

Bandit: Can you talk about that a bit?

Giancarlo: No, not yet.  We’ve got to kind of keep that under wraps. But it’s a show with a fallen angel kind of character who is an ex soldier who is basically good, but starts working for the bad guys until something happens and he gets woken up a bit partly because of a child of his he didn’t know he had.  When he comes back around and she ends up on his doorstep and changes his life a little bit.  It’s a really wonderful wonderful script.  It has a lot of action in it.  […]

Bandit: Is there any kind of show other than [what you’ve been on or are developing] that you’d like to be a part of?

Giancarlo: Yeah, I’m developing a piece about the first black US Marshal named Bass Reeves, who after the Civil War was a US Marshal for 35 years.  He went into Indian Territory and he was an ex-slave who escaped his master after disagreeing with his master over cheating in a poker game.  His master cheated him. He was a good card player.  He was illiterate, couldn’t read nor write, went into Indian territory, lived there, learned three Indian languages, and became one of the most formidable US Marshal’s ever.   He was really close with hanging Judge Parker, who everybody knows about in the Oklahoma territory, and his story is really amazing.  He was a dead shot, really good with pistols as well as a rifle. But he was a fair man.  But if he was after you, you had a reason to be afraid.

Bandit: Do you want to do that as a Television series or as a mini series?

Giancarlo: I want to do it as a Television series. […]  I’m directing a piece that I’m raising funding for, it’s a feature film, about the abolitionist John Brown who was an amazing man who has really been vilified in the history of the United States but he was really a hero.

Bandit: Do you have a Kickstarter yet?

Giancarlo: I don’t yet.  Need to get that done.