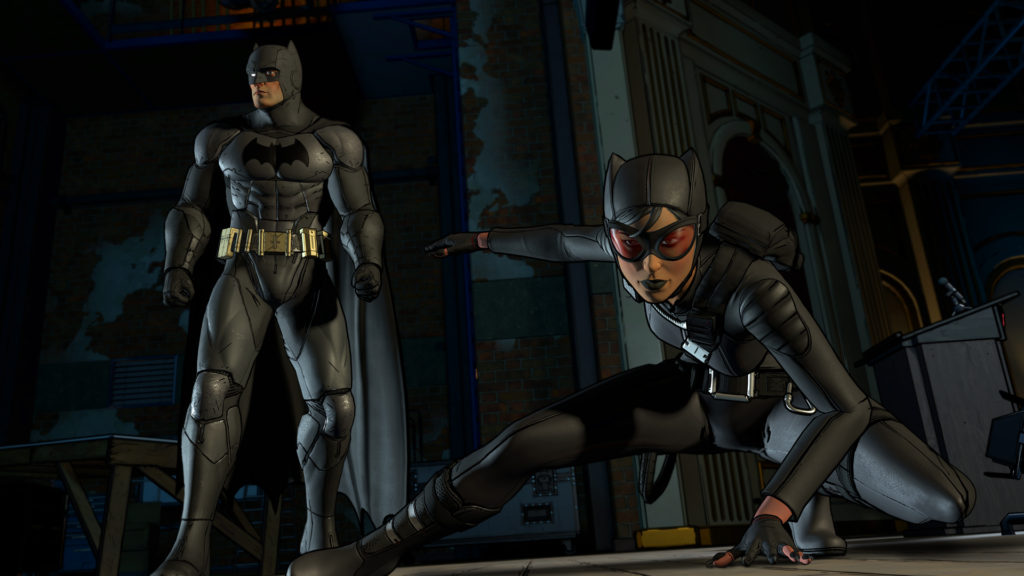 Batman – The Telltale Series Episode 2: ‘Children of Arkham’ dove further into the Wayne family history. I really like Telltale’s take on the Batman lore. It makes me excited to see how the series will progress.

‘Children of Arkham’ picked up after Episode 1: ‘Realm of Shadows‘. Bruce Wayne just found out that his parents weren’t perfect. Alfred’s dialogue about the Waynes’ being billionaires and thus, making morally compromising decisions made a lot of sense considering the plot. The whole thing felt a bit similar to Gotham’s take on the Wayne family murder. Someone had Bruce’s parents assassinated and he isn’t going to stop until he finds out who he or she was. I wouldn’t be surprised if the Court of Owls showed up later on.

There wasn’t a lot of detective work to be done during ‘Children of Arkham’. I hope that changes soon, because you can’t make a good Batman game series without making players put on their detective hats. The whole scene where Bruce remembered the night his parents were murdered felt like a missed opportunity for an amazing puzzle. Episode 2 was also about half an hour shorter than the first episode. Fingers crossed that Telltale makes up for it by lengthening the gameplay time for the third episode.

Coming to the characters, it was fun making decisions for Bruce as he struggled with the truth about his parents. Oswald is already a villain and Bruce’s other friend, Harvey, is on his way to becoming Two-Face. Alfred felt more supportive of Batman in this episode. I think he’s trying to stay close to Bruce and feels guilty about keeping his parents’ partnership with Hill and Falcone secret from him.

Also, I’m not sure but it feels as if the current game series was specially developed for Batman/Catwoman fans. There are a lot of interactions between those two. They worked together during a bar fight and it was glorious. And yes, I tried to kiss Selina afterward but she gently stopped my advances. I ship those two hard. So, you can’t really blame me for trying.

I did encounter a few random drops in frame rate as I played the game. But that’s something I have come to expect from Telltale. The voice acting was top-notch in the current episode as well. You can tell that the voice-actors really enjoy being part of the current project.

While ‘Children of Arkham’ didn’t have as much content as the previous episode, it further fleshed out the current plot. Something big is going to happen in Gotham and I can’t wait!

Have you played Batman – The Telltale Series Episode 2: ‘Children of Arkham’? What did you think of it? Let us know.