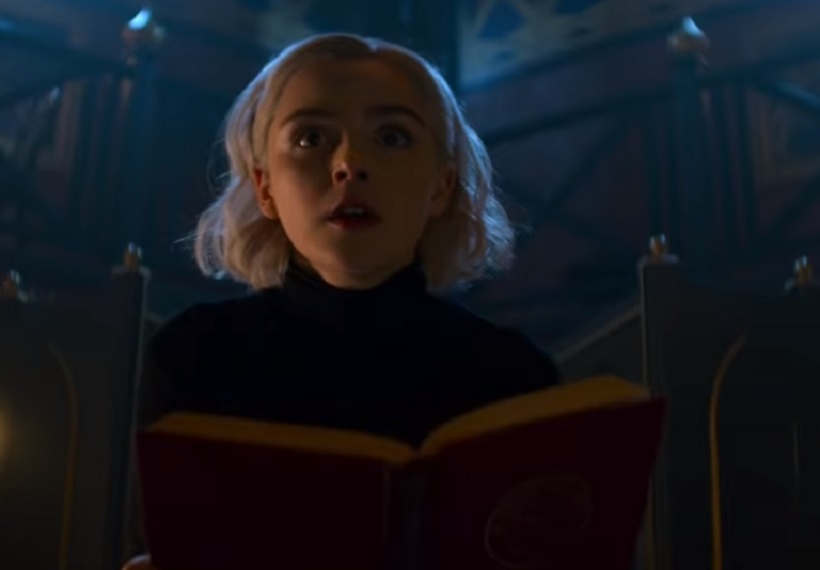 Fans of Chilling Adventures of Sabrina on Netflix won’t have to wait long for new episodes. Not only will they be getting a Christmas special this month, but the series will also return for a Part 2 on April 5, 2019!

As for Chilling Adventures of Sabrina Part 2, one of the reasons fans are getting new content so soon is due to the back-to-back shooting of the first and second seasons. As far as I know, the episode count for Part 2 hasn’t been revealed, but it will likely (in my opinion) be at least 10 episodes long like the first season.

It opens with Sabrina using magic to change her clothes. I wonder if she can only go through clothes she already owns, can materialize any style she wants, can make an outfit she liked at the mall appear on her body without paying for it or is the young witch capable of doing all of these things?

Judging from the teaser trailer, Sabrina will be embracing her dark side as a member of the Church of Night. It will be interesting to follow her journey as she struggles to balance her life at the Academy of the Unseen Arts (which we can all see very well) and her humanity. She seems to still harbor feelings for Harvey.

Now, I get that Chilling Adventures of Sabrina is a problematic show. There are queer representation issues, race issues, and more. However, there are certain enjoyable things about it, too. That’s why it is understandable how this series (based on the comic book series) has been able to quickly garner a passionate fanbase regardless of its flaws.

Are you a fan of Chilling Adventures of Sabrina? Let us know.