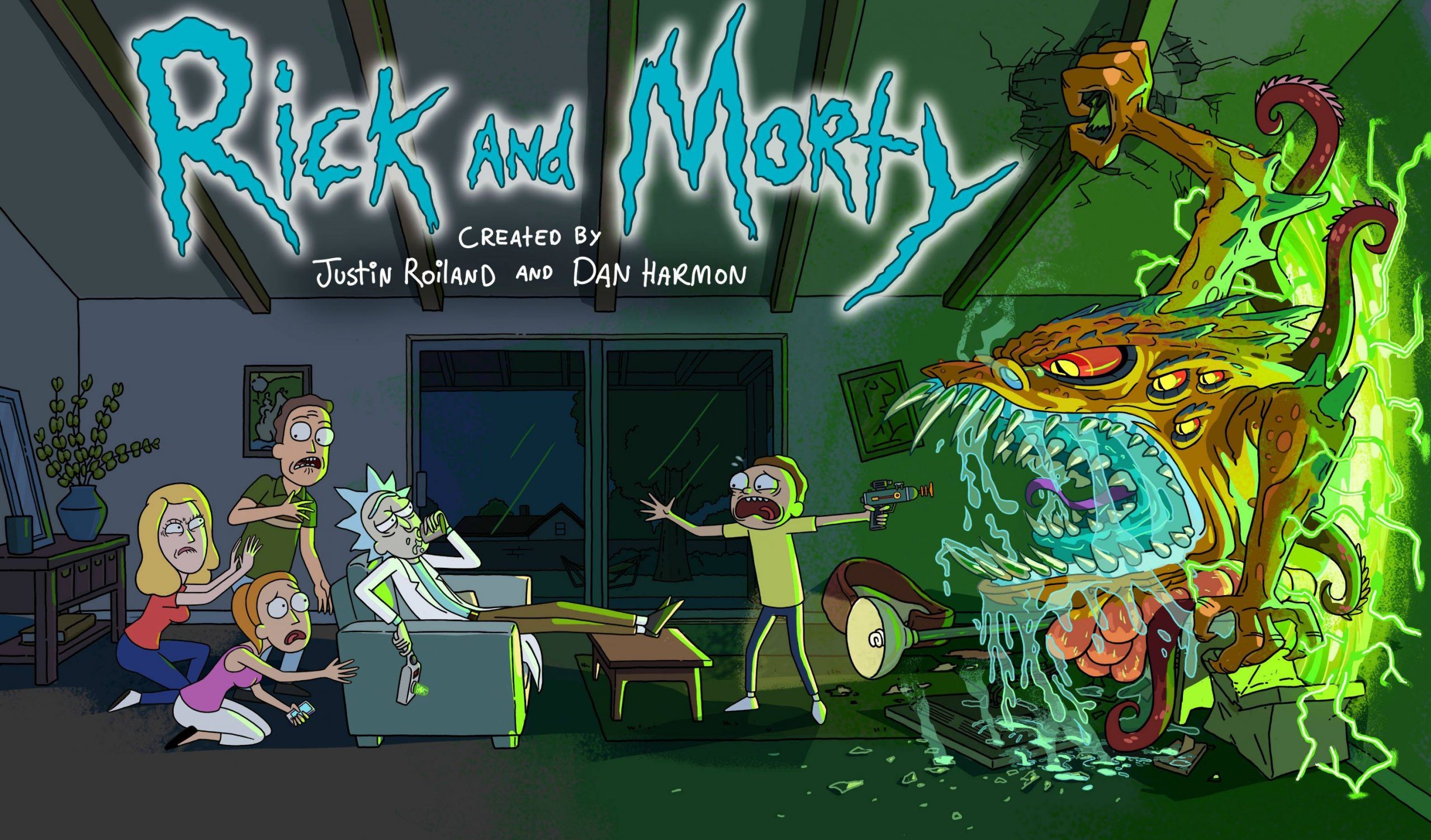 I’ve had a lot of really interesting experiences at San Diego Comic Con the past two years, but attending a press roundtable for Rick and Morty is definitely up there in the books.

Perhaps it was the fact that, from my memory at least, Dan Harmon and Justin Roiland came with drinks in hand. At noon. (Seriously, as soon as they sat down I knew it was going to be a good time.)

Although they were of course careful to not reveal many (or really, any) outright spoilers from the upcoming second season, the conversation was a fun one, beginning with their introduction of a Mr. Meeseeks doll. I know these were for sale at SDCC, but unfortunately there was no information available on whether they’d be available online after the convention. As for the Mr. Meeseeks character, when asked whether we would see him beyond the cameo in the second episode, we were told “I can’t tell you anything, but I can tell you, you will be disappointed.” Sounds like we won’t be seeing much of the Meeseeks in the future, but apparently there will be a lot of other “crazy, zany characters in season two”…and we’ll also “learn more about the physical, galactic environment” as well as see Rick experience some of the consequences of his actions.

Another thing we’ll be seeing in season two is another 60 Minutes “themed” episode along the line of season one’s “Rixty Minutes”. Apparently this time around Jerry eats something he shouldn’t and “he gets incredibly sick with like, you know, one of those sort of pandemic-like ‘this could turn into a zombie movie’ situation. But we skip through all that and it just starts with him immediately in an alien hospital. That’s the A story, Jerry in the hospital and all the stuff that goes down. The B story is Rick, Morty, and Summer just like – Rick rigs the cable box at the hospital, and then they’re just watching insane stuff.” 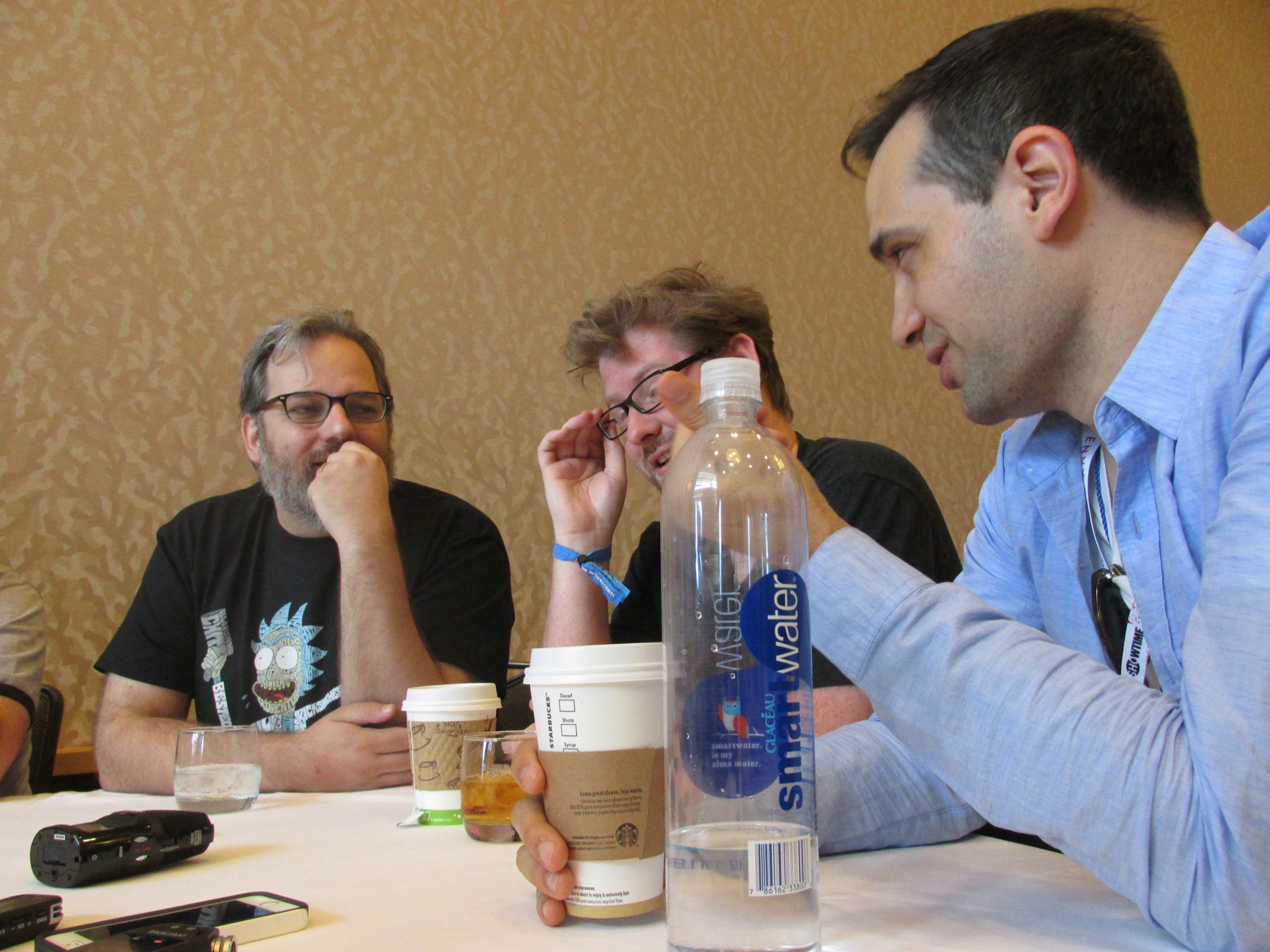 Not surprisingly, the fact that some of season two leaked was mentioned, which was deemed “flattering and frustrating” because they would prefer we see the episodes with full audio, and with all of the final fixes, tweaks, and color corrections made. But as they said, despite the fact that they were apparently “very nervous” about the first episode, the good news is that people liked them.

One of the season two episodes that the writers made specific mention of was the second to last episode, about which Justin Roiland said, “Dan wrote this amazing first act…in like ten minutes or twenty minutes. He just spit it out and then he was like, ‘I’m back to Minecraft. I did my job. You guys write the second act.’ And I was just like, ‘No, let’s finish it!'” So although a fan who viewed the leaked episodes claimed that episode two was the best episode of the series, it seems like this second-to-last episode is more of a favorite with Harmon, Roiland, and Ridley.

Now, Harmon and Roiland may have kept reminding us to “keep our expectations low”, but I think all of this sounds pretty damn interesting, and I’m definitely more excited than I was for season two! Thankfully it begins airing soon – check it out on Adult Swim beginning Sunday July 26th at 11:30 PM EDT.