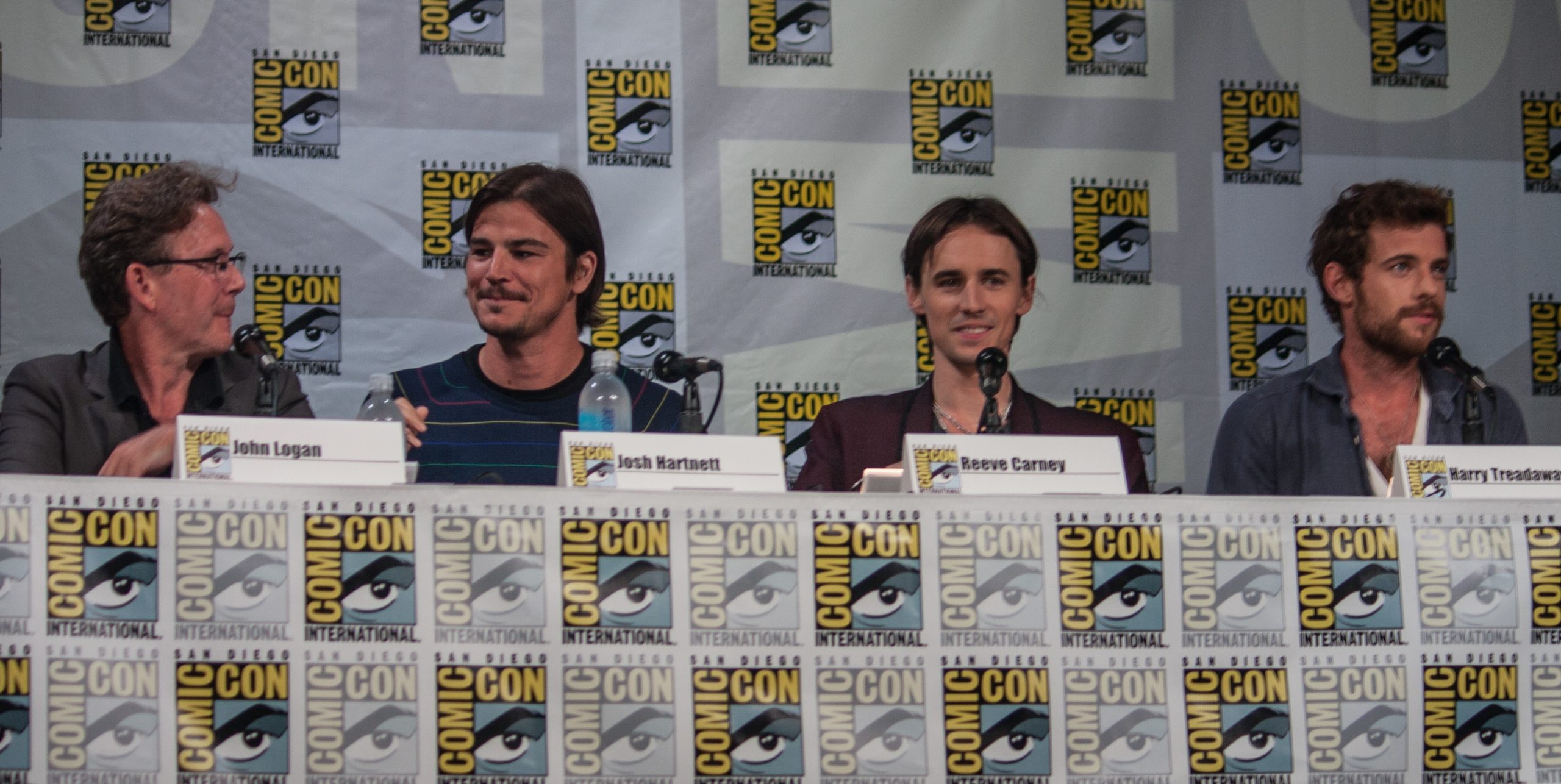 The Penny Dreadful panel at San Diego Comic Con predictably focused on sexuality and gender, something that the online fandom has discussed at great length (including on this very website).  The panel also endeared me greatly to John Logan, the creator of the show, who has a way with words that’s befitting of a writer of a Victorian era show.  Logan has been contemplating this series for over a decade and it’s very clear that he considers everything on this show to an extremely refined level of detail.  For the majority of the panel the other three guests – Josh Hartnett, Harry Treadwell, and Reeve Carney- would often completely defer to him on practically every question and would watch him with the same amount of fascination that us, the viewers, watch the show. 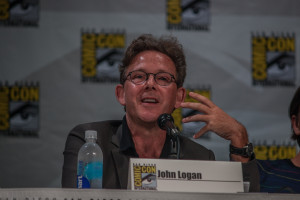 The topic of the fluid sexuality of the characters came up in at least three fan questions.  Logan replied that, as a gay man, he felt it was important to represent all sexualities.  To him defining their sexuality was “irrelevant.”  He concluded that comment with the simple statement that “it’s 2014.”  All of the characters have the potential to love each other, which means future relationship development between the characters next season will probably be very interesting.  With Brona ‘dead’ and Ethan in an emotionally vulnerable state anything could happen.

It was very clear from the actors comments that they’re equally committed to representation in the series.  When Carney was first informed that his character would have a sexually charged scene with the character Ethan, he specifically requested that they cast a “hot actor” in the part.  He went on to say that they did, unashamedly admitting that Josh Hartnett is an extremely attractive man.  These men are clearly comfortable in their sexualities, able to call each other “hot” and perform in sexually charged scenes without a second thought.  Hartnett even stated that “human sexuality is what human sexuality is.”  The attitudes of the cast and crew is incredibly refreshing

Gender was also a hot topic of discussion.  At one point Logan said that Ethan was a “slave to the moon” and the panel host, Aisha Tyler, quipped “girls know what that’s like.”  Many giggles were had at the perfectly timed menstruation joke.  Not all conversation regarding gender was as light hearted, though.  Two separate fans asked about Logan’s portrayal of female sexuality and how it often comes off as depicting it as “evil.”  The women in the show tend to have bad things happen to them shortly after engaging in sexual activity, particularly the protagonist Vanessa.  Each time he insisted that he didn’t think he was portraying female sexuality in a negative way, but since it came up twice it’s very clear that a segment of the fanbase is definitely interpreting it as such.  While he was very insistent that it wasn’t his intention to do so, now that it’s been pointed out to him it’ll probably be something that he’s more consciously aware about moving forward.  For someone who obviously values depictions of sexuality in the media, I get the feeling this isn’t something he’d just dismiss as fans misinterpreting his work.  That’s something we’ll have to wait to see in season two.

Speaking of season two, we were given lots of little hints about what’s to come next season.  They’ll be exploring Ethan’s history more, emphasizing Madame Kali as an antagonist, and answer questions about Vanessa’s possession.  We even got a deleted scene of Madame Kali from this season that gave us hints about how she’ll come into play next season.  Despite these little tidbits, the panel most focused on analysis, which Mr Logan seemed extremely keen on discussing.  Logan’s brain is a very interesting place and I’m glad I got to sit on this panel.