This year’s Saga panel was an amazing treat for fans of this great comic series.

Saga writer, Brian K. Vaughan (well-known for Y: The last Man) and artist Fiona Staples exchanged a great deal of cheer and smiles to the small yet at-capacity room of dedicated fans. Image Comics publisher Eric Stephenson was present to moderate the panel. Most of it involved basic Q & A and interaction between the creative duo. But first, a huge applause for the recent Eisner Comics Industry Award wins; for best continuing series, best writer (Vaughan), and best painter (Staples) for work on Saga.

There was loads of insight on the world-building of Saga. Also, some revealing information on future developments including the appearance of King Robot (father of Prince Robot IV), more background on Izabel the babysitter ghost, and some future covers (see below).

Saga remains a fresh and exciting book for readers with the latest just-released issue #21, which Vaughan and Staples were anxious about, yet refrained from revealing spoilers. There was a lot of love for supporting characters including The Will, The Stalk, Prince Robot IV and Lying Cat (a clear favorite for Staples), but also insight from the creators on when certain characters getting killed off. While such characters were easy to attach to in developing, Vaughan expressed the need to keep ones alive for the purpose of business licensing cheapens the overall storytelling. While Vaughan understood sympathy from the audience on character death, he also teased possible characters coming back.

From audience interaction, the creative Saga duo revealed interesting insight on their world and character building. One great moment being the concept of slavery, as Vaughan felt the Slave Leia moment in “Star Wars: Return of the Jedi” was the least sexy moment for Carrie Fisher’s character, as it reminds him of the reality of sex slavery in the modern world (relating to a touching interaction scene between Sophie and Lying Cat). Both panel members shared the concept of Alana’s nationality being dark skinned, as a discussion over physical details with Vaughan led Staples to draw Alana as a dark-skinned heroine. And for fun in response to the background of Lying Cat, the creators joked about of the possibility planet of Lying Cats.

Perhaps the most surprising reveal of the Saga panel was the cover of the series first hardcover book. This edition will combine the first 18 issues, featuring more prominent cover imagery of Hazel in a state of breastfeeding, with planets of Wreath and Landfall in the backdrop. Future volume covers were announced to have Hazel in chronological stages of development. It is a beautiful cover (see below), and a clever retort to the complaints from retailers and browsers of the breast-feeding done on the famous first issue cover (and softcover trade paperback). Vaughan had this to say on being people being offended: “Well fuck that…if your store doesn’t like that cover, if you don’t want to read a book with that cover, then we’re not the book for you.”

So overall, the Saga 2014 Comic-Con panel was a great time and an excellent example of why the series does so well with its audience; with serious and soulful thought put in to the design, world-building and storytelling in the sequential art form. 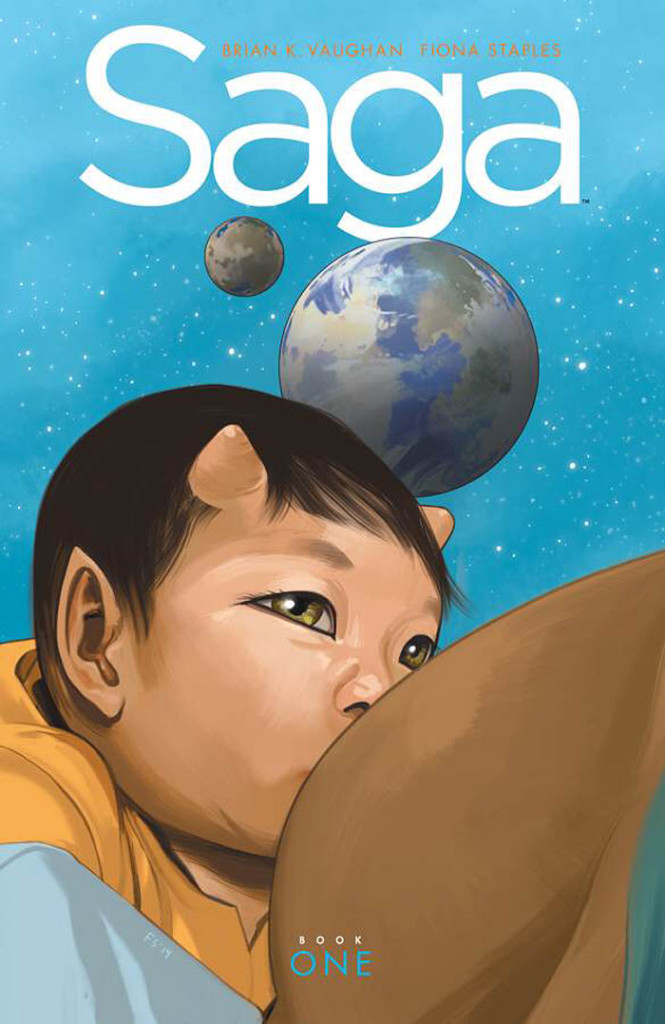 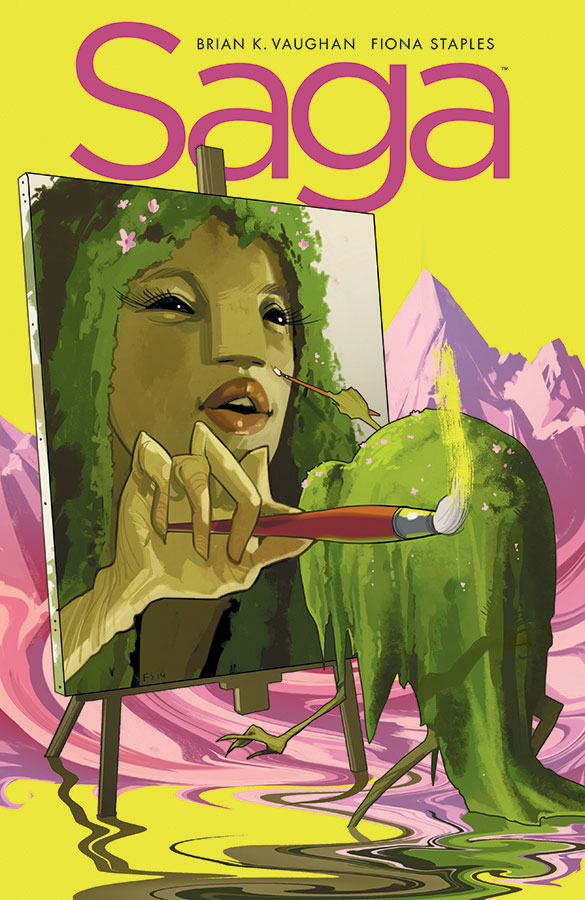 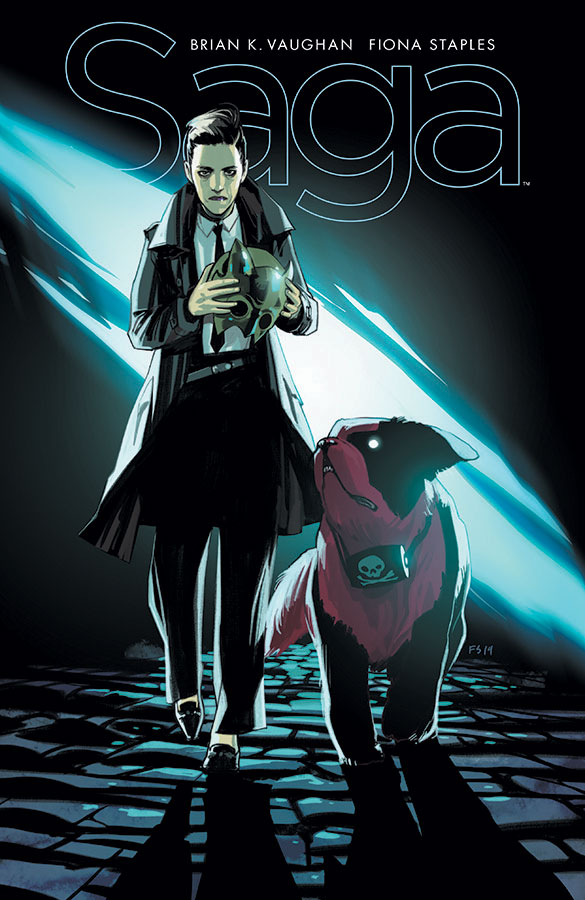 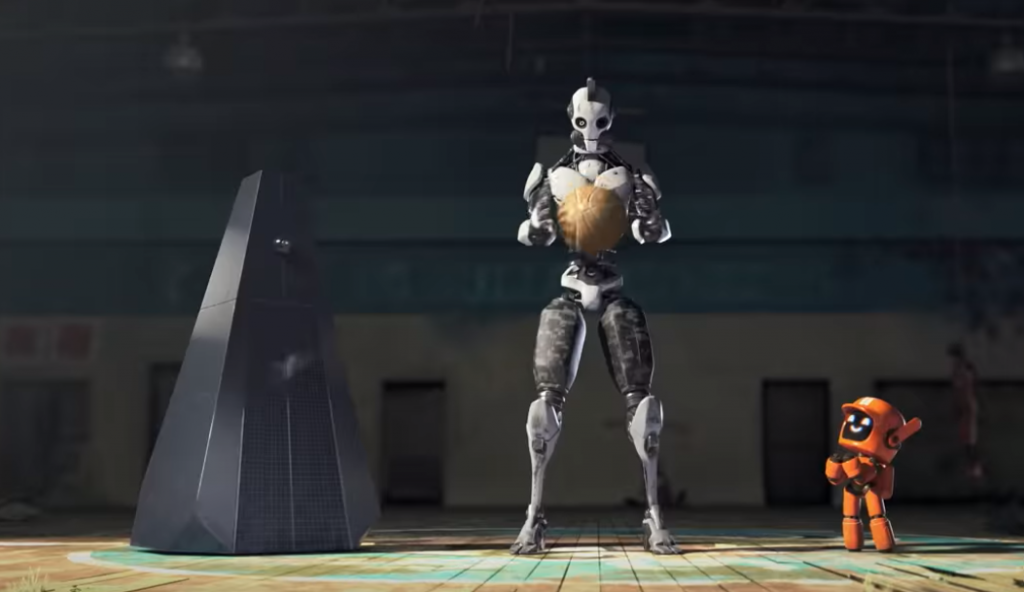