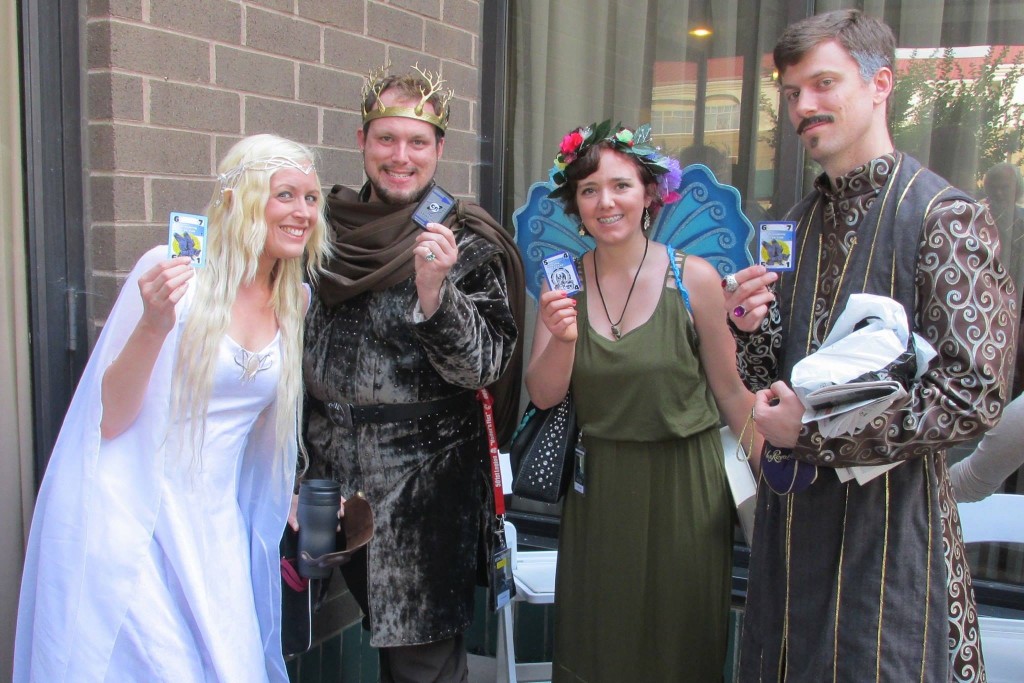 This past weekend I was lucky enough to attend ConCarolinas at the Hilton University Place in Charlotte, North Carolina. Of course the most exciting thing about this year’s ConCarolinas was the fact that their guest of honor was none other than George R. R. Martin, the author of the Song of Ice & Fire series – but when I finally got a look at their schedule, I realized that there were a lot of other awesome things going on as well.

Though small in terms of numbers, ConCarolinas offered a great variety of some of the best programming I’ve ever experienced. Not only did Martin do two readings, a book signing, and a Q&A session, but there were fan panels for several movies and shows, as well as plenty of cosplay, writing, and podcasting workshops.

In fact, there were so many writing panels that I personally wanted to attend that many of them overlapped with each other and I had to pick and choose the few that I had time for. Thankfully it’s a quick trip up to Charlotte from where I live, which meant that I was able to catch a Friday night writing panel (“Writing Kickass Characters”). Despite spending most of Saturday in George R. R. Martin’s autograph line, I did get to sit in on part of a writing workshop, and on Sunday I enjoyed the “Getting Yourself out of a Corner” and “Killing Characters” panels. And those didn’t encompass even half of what I wish I’d had time for!

As for the venue, the Hilton University Place is a nice hotel with beautiful surroundings, but a few things left a lot to be desired. The common areas (hallways and the like) tended to be very hot and have no airflow, although the air conditioning worked just fine in the rooms, which was a relief. Additionally, the convention had to put the authors’ tables and registration in a hallway, and while traffic generally still flowed well, it was a bit of an awkward setup. That said, the ConCarolinas staff handled everything extremely well – simply put, this was one of the most well-organized conventions I’ve ever attended. 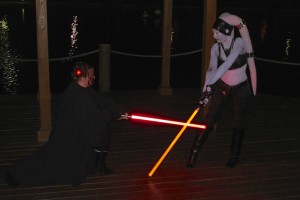 I was especially nervous about being able to get Martin’s autograph and/or attend one of his readings considering the messy Walking Dead panel situation that I experienced at MegaCon, but as it turns out I shouldn’t have been concerned at all. Granted, ConCarolinas is less tens of thousands of attendees compared to MegaCon – but this is George R. R. Martin we’re talking about, and the convention was sold out to boot! But the ConCarolinas employees and volunteers did an amazing job, and – at least from my perspective – everything went very, very smoothly.

In conclusion, it’s very clear that this convention is a labor of love for those who put it together. As someone who has organized a convention myself, I have the utmost respect for those who have made ConCarolinas successful and enjoyable. George R. R. Martin being the guest of honor was what attracted me to the convention this year, but the experience as a whole and the awesome programming are what will draw me back next year (and likely beyond).