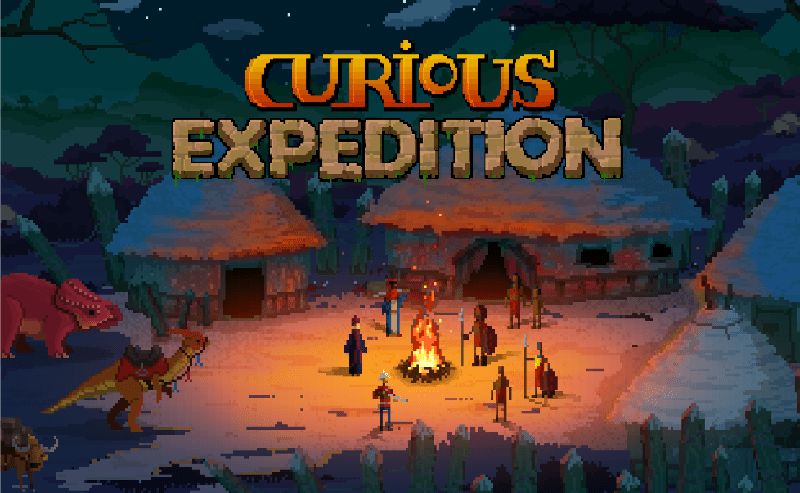 With Curious Expedition, indie developer Maschinen-Mensch has created a rather interesting pixel art title exploring the idea of what it would be like to walk in the shoes of some of the most historic explorers. It is set in the 19th century where the world was still vastly unknown and dangers lurked around every turn. When the drive for expansion seemed endless!

I was provided with a free code of Curious Expedition for review. The opinions I have shared are my own.

Curious Expedition featured numerous explorers I had never heard of, which made me appreciate this game’s nuances even more. Some notable names in this title included H.P. Lovecraft, an American author who’s work only became famous after his death. His influence earned him the title of being one of the most significant authors of the 20th century in his genre.

There was also Harriet Tubman, an African-American humanitarian, among many other titles, who, born as a slave, escaped, and proceeded to save many families under cover of night (using safe houses known as the Underground Railroad).

Grigori Rasputin, a mysterious Russian mystic and healer who was a very trusted member for the family of Tsar Nicholas II, and through his healings and counsel helped gain powerful influence toward the end of Imperial Russia. Other notable figures in Curious Expedition included Aleister Crowley, Freya Stark, Frederick Courtney Selous, Nikola Tesla, Mary Kingsley, and Amelia Earhart. All of these explorers are out for fame and it’s up to you to give it to them.

This indie game has you pick an explorer and a selection of a biome to begin your adventure. It is very much a rogue-like, meaning the camps, caves, temples, and wild dangerous animals will be completely random. Each explorer has skills, like persuasiveness to recruit native villagers, warriors, scouts, and such, a bigger bag to carry items, or warrior qualities to defend oneself.

You have an exploration bar, which, at the beginning of your journey is full. Selecting where you want to go and explore depletes this bar, reducing your sanity. This will make your exploration much more difficult as you will struggle with fighting, hunger, and even mystical consequences that can be the direct result of disturbing temples of their idols and treasure.

This title needs you to think strategically. Villages you come across may welcome you immediately, but failing their customary traditions, or staying too long can very quickly turn the entire village against you. Using limited amounts of items to barter can be difficult, as you may come across an obstacle on your journey and realize you don’t have an adequate item to progress.

Avoiding wild animals is a MUST because fighting is all about chance (depending on the roll of dice) and puts you at a great disadvantage, such as losing your party members or cutting your journey early altogether.

After a few playthroughs, I did start to grasp the mechanics of this game and reaching the journey’s end felt like an accomplishment, as my sanity was mere steps away from killing me.

As for my overall experience, after a couple of playthroughs, I felt like I didn’t have a driving force to really want to continue playing. While this style of game is not for me, I definitely do see a passionate player base for Curious Expedition. It fills a specific niche in the gaming industry.

Overall, I have to share that Curious Expedition is worth giving a try, and it does have content to keep you entertained if this is your style of gaming.

So, are you curious about your expedition? Well, you can find Curious Expedition on Nintendo Switch, PlayStation Store, Xbox Store, and Steam!