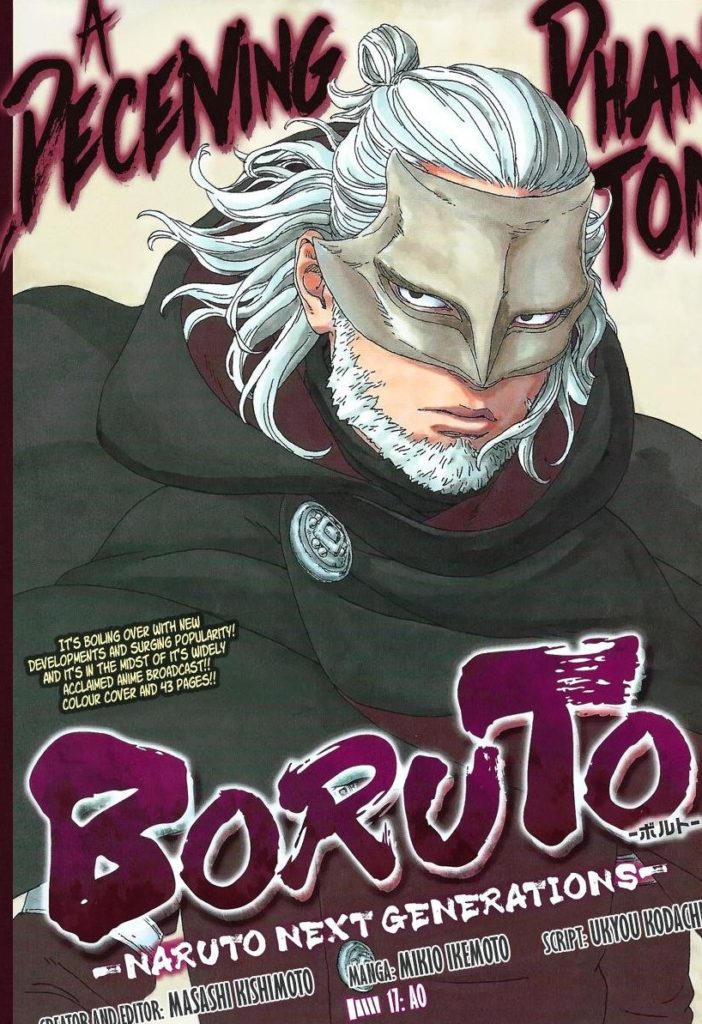 Boruto: Naruto Next Generations Manga Issue 17, titled ‘A Deceiving Phantom,’ would probably have been enjoyable if it hadn’t decided to ignore what happened to Konohamaru.

I’ve been looking forward to reading Boruto manga issue 17 since the exciting events that took place in the previous chapter. ‘A Deceiving Phantom’ picked up from the scene where it looked like Konohamaru’s about to face Kashin Koji, but then it decided to skip everything and focus on Boruto and his friends.

I waited for an entire month to read a new manga issue and see an epic battle but instead, I got numerous panels showing Boruto not being able to understand why ninjas have to use science and technology. We don’t know if the manga will show Konohamaru’s fight in the upcoming issue or if we’ll see him lying in some hospital bed. The whole thing’s very disappointing.

Coming to the what the issue focused on, Sasuke, Naruto, and Shikamaru know that there’s a big threat coming toward them. I liked how Boruto’s seal isn’t being kept a secret anymore, at least not from the Hokage and his close associates.

While the grownups figure out how to be ready for any surprise attacks, the kids are sent off on a C-rank mission. Boruto and his team need to escort Katasuke to a research lab in Ryutan city. I understood why Boruto didn’t want to accept the mission at first. He and Katasuke have some issues they need to resolve.

In the end, Mitsuki persuaded Boruto to accept the mission for Salad. I don’t know if Mitsuki is in love with Boruto or borderline obsessed, but it’s clear that he understands Boruto and won’t leave his side. I guess Mitsuki’s going to continue being a character that makes our young hero question his decisions and realize what’s the right thing to do.

The big surprise in this issue was that Ao survived the Fourth Shinobi World War. However, he now has a prosthetic left leg and hand. While he was shown to be loyal to the Hidden Mist Village during Naruto, it seems he’s working with Kara as an Outer in Boruto.

He has a conversation with our young hero about ninja weapons only being tools and how an individual is responsible for using science for good or bad. There’s also a little scene between him and Kashin. With Ao being tasked to retrieve the vessel I’m not sure if he’s still loyal to the Hidden Mist Village or he’s permanently become a member of Kara.

Also, the manga mentioned Boruto and his classmates going on a field trip to the Hidden Mist Village. So, I guess the events in the anime are canon or something. I’m unable to care right now.

‘A Deceiving Phantom’ was a very boring manga chapter for me. Let’s see if things improve next month.

Did you read Boruto manga issue 17? Feel free to share your thoughts.