Do You Take This Man – Movie Review 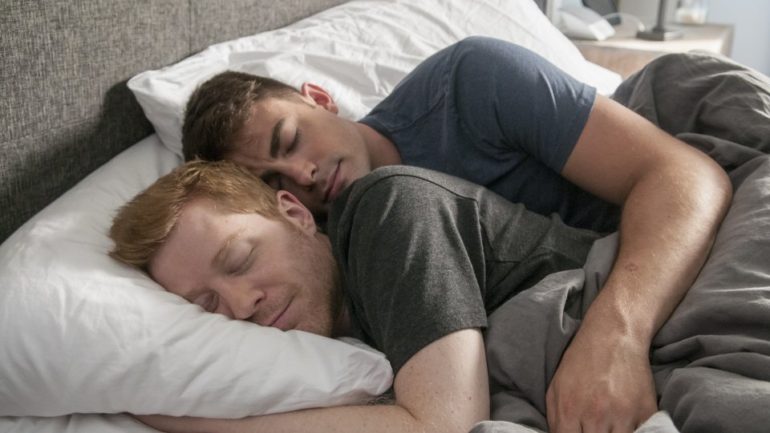 Do You Take This Man serves as the debut feature film of writer/director Joshua Tunick. Led by Anthony Rapp and Jonathan Bennett, it makes for an emotional, romantic story.

The premise is simple enough. Do You Take This Man is a story about two gay men who face troubles in their relationship a night before their wedding. You might have already seen numerous such movies with straight characters. So, seeing a queer version feels refreshing. The good news is that the movie is actually enjoyable.

Anthony Rapp plays Daniel while Jonathan Bennett is Christopher. Daniel and Christopher are very different people. Daniel is a perfectionist while Christopher is a bit laid back. But from what we see in the film they are more or less made for each other. The preparation for their wedding seems to be going fine until Christopher’s friends Summer (Hutchi Hancock) and Bradley (Thomas Dekker) bring a surprise guest, Emma (Alona Tal), who also happens to be Christopher’s childhood best friend.

Emma’s arrival ends up causing conflict. Daniel starts questioning how well he knows his fiance while Christopher has to deal with his past. Now, while the conflict might not sound serious enough to some, it works well for Do You Take This Man.

The entire film has a realistic vibe to it. That is why the conflicts also feel believable. There are people out there who don’t like talking about their past even with their fiances. It’s probably not the best thing to do in a relationship but it happens. And there are people who want to know every detail about the person they love which might not be something their significant other is comfortable with sharing. Being in a relationship, whether you’re married or not, needs constant work from both sides and that’s what this film is all about. Jonathan and Anthony feel believable as a couple and that helps the audience feel invested in what they’re going through.

While the conflict involving Emma, Daniel’s past with Jacob, and the ten-year age difference between Daniel and Christopher, helped move the story, I enjoyed the third act. I love characters that make me want to see them talk throughout the film and that’s what the cast of Do You Take This Man delivered. While there’s a lot of dialogue in the movie, I still wanted more. It was so good. I think this story would work as a novel, too. Give me all the emotional turmoil and crying!

Every character served a purpose in the story. I really liked Daniel’s sister Rachael (Alyson Hannigan). She too has a lot to deal with, having gone through a divorce, making her serve as a contrast to the about-to-be-wed couple. And while I thought Rachael was going to follow the bitter divorced female trope, she surprised me. Alyson, as Rachael, gives one of the best dramatic performances in this movie.

In short, Do You Take This Man feels like a film about real people who have flaws. And while some might feel that the conflicts could’ve been solved in a few minutes, the film goes to show that people aren’t always their best selves, especially when under a lot of stress.

Are you looking forward to Do You Take This Man? Feel free to share your thoughts!