Don Your Capes, Because ‘The LEGO Batman Movie’ Teaser Trailer Has Swooped In 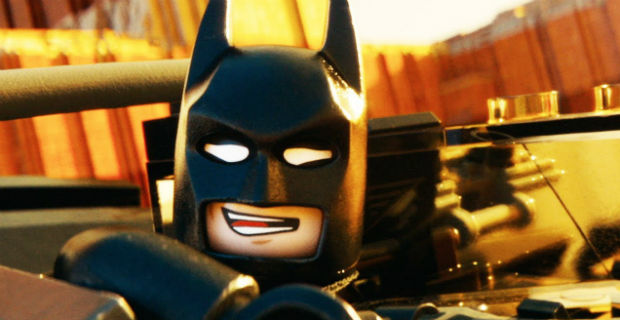 One of the surprise animated hits of 2014 was The LEGO Movie — which took a premise that could easily have been nothing but a cash-grab, corporate tie-in, and instead produced a creative, clever romp with a touching emotional core.

Then again, perhaps the quality of the film shouldn’t have been such a surprise, since for years LEGO had been making imaginative video games based on an expansive list of licensed properties. The film was a huge success both financially and critically, and two sequels were put in production – the first being The LEGO Batman Movie. 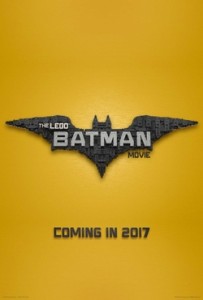 Some of the best humor from the original LEGO film came from its ability to take licensed characters from a huge number of disparate franchises and throw them into the same setting. For the most part, folks like Dumbledore and the Teenage Mutant Ninja Turtles existed as just cameos, while original characters took the lead— with the sole exception of Batman. Or rather, a hilarious parody of him. While still a master crime-fighter, LEGO’s Batman (voiced by Will Arnett) is a jerky, obnoxious know-it-all, obsessed with darkness and pain. Oh, and he writes music! Edgy rock music! About death and stuff!

Now he’s getting a film all of his own, set for release in February 2017. The trailer, which opens with Batman boasting about his own expert film directing, writing and editing skills, delivers the expected wit. It doesn’t exactly give much about the plot, but with a cast featuring Michael Cera as Robin, Rosario Dawson as Batgirl, Ralph Fiennes as Alfred, and Zach Galifianakis as the Joker, we can most certainly expect some comic book hijinks.

‘Hijinks’ is an interesting word to be applying to a Batman film, especially considering that the LEGO teaser trailer comes right on the heels of Batman v. Superman: Dawn of Justice. Said film has been getting mixed to negative reviews, and is currently sitting at only 30% on Rotten Tomatoes. Part of that comes as a critique of the ‘seriousness’ of DC’s current live-action films, with words like ‘glum’ and ‘gritty’ being thrown around a lot. The LEGO Batman Movie exists not only as a counterpoint to this kind of story-telling, but a straight up parody of it. Among all the grittiness of modern super hero films, it’s nice to see something so self-aware, and that’s willing to embrace the sillier side of the genre.

Personally, I’m feeling pretty excited for this one. The LEGO Movie was by no means perfect, but it was a lot of fun, and it’ll be interesting to see what else this franchise can bring to the table. My only concern would be whether this version of Batman would be able to carry a film all on his own— but thankfully, it looks like Batsy will be sharing the screen with characters such as Robin and Batgirl. Being a long time fan of the extended ‘Bat-Family’, seeing their inclusion makes my heart sing. Let’s hope that everything proves to be awesome!

Previous:We Have Our First Look at The Walking Dead’s True Big Bad: Negan!
Next: ‘Marvel’s Most Wanted’ News & Casting Updates