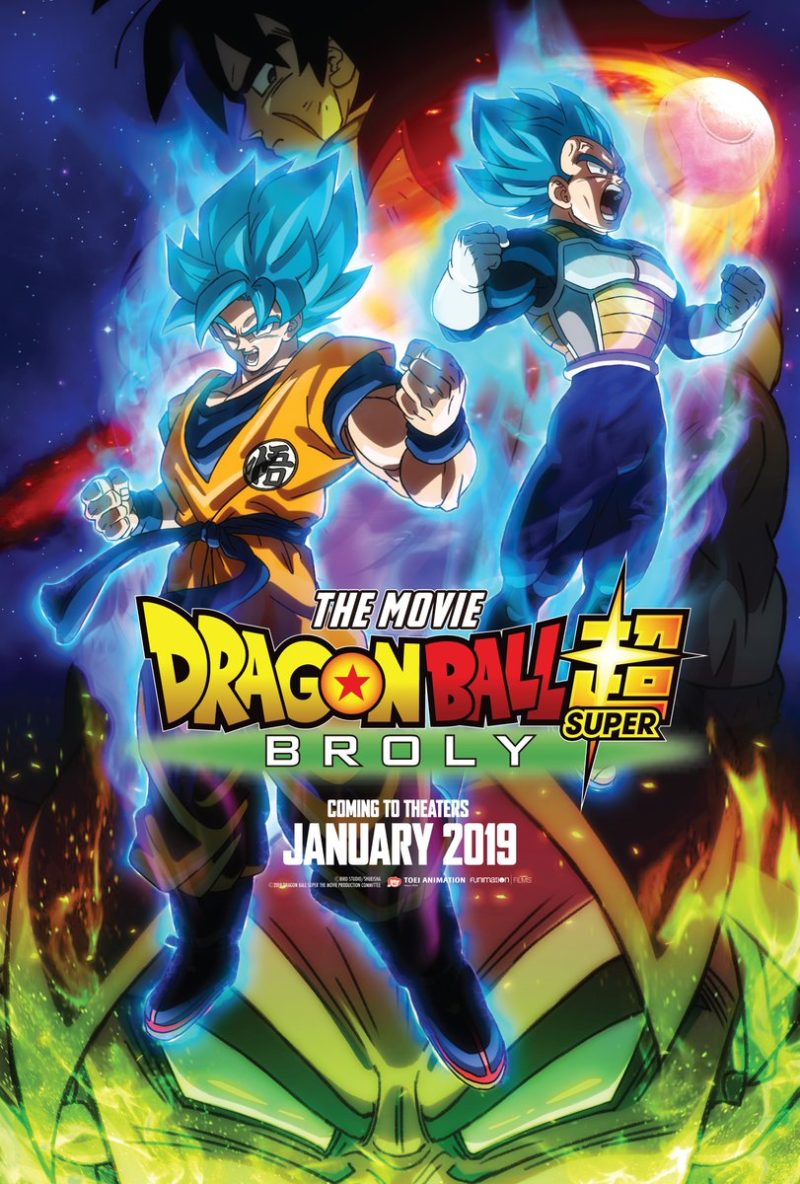 Dragon Ball Super: Broly was released in select theaters in the United States yesterday. It is the 20th movie in the Dragon Ball franchise. The movie was everything that you’d come to expect from Dragon Ball: epic over-the-top battles with some great comedic moments.

Our small local theater had one showing of the movie with a nearly sold-out and very enthusiastic audience. There were a few cosplayers and plenty of Dragon Ball shirts to be seen. The movie itself, although definitely set in the Dragon Ball Super universe, was self-contained and had enough of the Dragon Ball universe’s history portrayed that even my boyfriend, who had only seen a few episodes of Dragon Ball Z, was able to follow the story quite easily without feeling lost.

For the most part, Broly felt like an extended episode of Dragon Ball Super, and while the focus was on Goku, Vegeta, Broly, and Freeza, many fan favorites did have small parts, such as Bulma, Trunks, Goten, and Piccolo. Notably missing completely from the movie was Gohan. As always Goku is looking to fight someone stronger than he is in order to become stronger himself. Fighting is something that he takes a lot of joy in. While Vegeta also finds strength and training important, he tends to be more of family man than Goku. Both of them continue to fight stronger and stronger opponents while trying to keep the Earth safe, so it’s no surprise that when we first see the two characters in the movie, they are fighting against each other for training purposes.

What I really enjoyed about this movie is that it felt so epic. The movie started out on Planet Vegeta and showed how Freeza came into power over the Saiyans. Broly is introduced as a baby with exceptional latent powers. Since that power level was higher than Prince Vegeta’s, the baby was banished by King Vegeta to a nearly uninhabitable planet. What I liked most about this part of the movie was getting to see Goku’s mom and dad and how much they cared about their young son.

The fight scenes were even more over-the-top than normal with Goku, Vegeta, and Broly getting thrown through mountains with layers upon layers of ice with hardly a scratch to speak of. The fight scenes are what make the Dragon Ball series. The fans were quite passionate about these fights, clapping and cheering at the first sighting of Super Saiyan God and Super Saiyan Blue Vegeta and of course Gogeta, the fusion of Goku and Vegeta. Fans of the Dragon Ball Z: Fusion Reborn movie would be well familiar with the arrogant yet amusing fusion of the two characters. And now, Gogeta is finally canon with this movie.

Of course not everything was fighting and serious. There’s always a few jokes at Goku’s expense (yes, he did hit his head a few too many times as a child) and the normal bickering between Goku and Bulma with Goku calling her old, and Bulma piloting her ship more forcefully and faster than necessary to get back at him. There were some touching moments, too, where a few of the characters realized that Broly really wasn’t a bad person; his father just raised him to be more like a fighting machine.

Overall, I found the Dragon Ball Super: Broly movie to be a lot of fun. Seeing it the theater only added to just how epic the movie felt to watch on the big screen, surrounded by other passionate fans of the series. I highly recommend the movie to any Dragon Ball fan, from the long-time fan to the more casual fan. There’s something for everyone to enjoy.