Ash vs Evil Dead Season 3 Gets A Fun And Gore Filled Official Trailer! 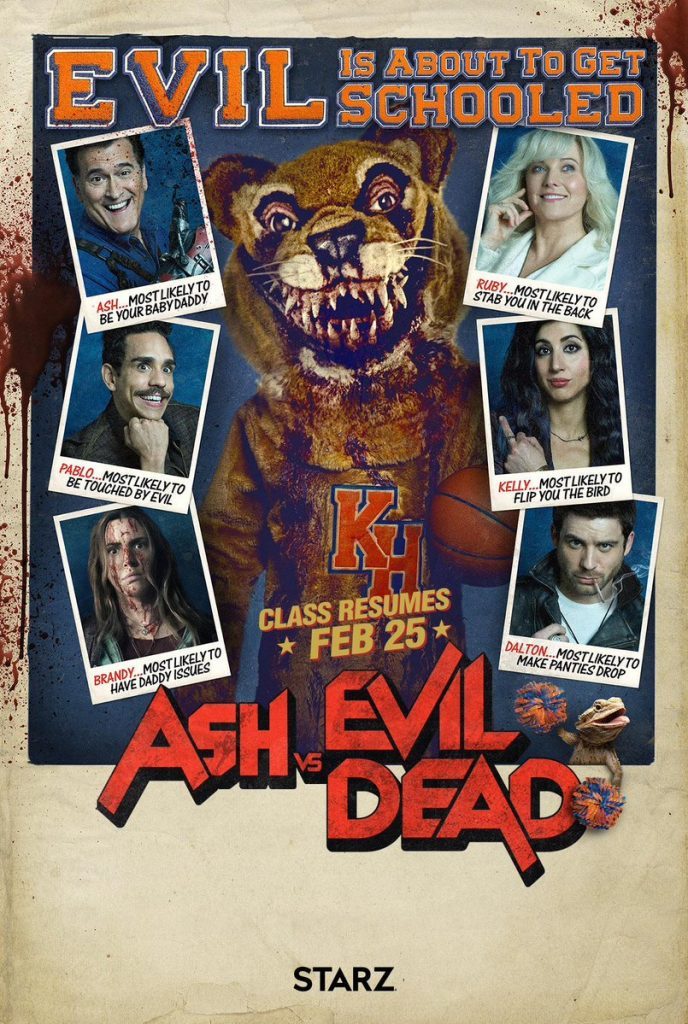 Fans will be able to rejoin Ash on his journey to defeat the undead when Ash vs Evil Dead Season 3 premieres on February 25, 2018, on Starz. Turns out Ash has a daughter!

I don’t know about you, but I’m a fan of the Ash vs Evil Dead series. It takes the campiness of the Evil Dead films to the next level while remembering to flesh out the leads for interesting storytelling. I got to learn a lot about Ash Williams from the series, and I’m looking forward to seeing how his character will continue to develop.

Ash vs Evil Dead Season 3 will show the titular character dealing with parenthood while defeating demons. Check out the trailer!

Ash vs Evil Dead Season 3 finds Ash’s status in Elk Grove, Michigan has changed from murderous urban legend to humanity-saving hometown hero. When Kelly witnesses a televised massacre with Ruby’s fingerprints all over it, she returns with a new friend to warn Ash and Pablo that evil isn’t done with them yet. Blood is thicker than water in the battle of good vs Evil Dead!

The third season of Ash vs Evil Dead will premiere on Sunday, February 25, 2018, on 9/8c on Starz. You can go ahead and binge-watch the previous two seasons (10 episodes each) on the Starz App.

Are you excited about Ash vs Evil Dead Season 3? Let us know!