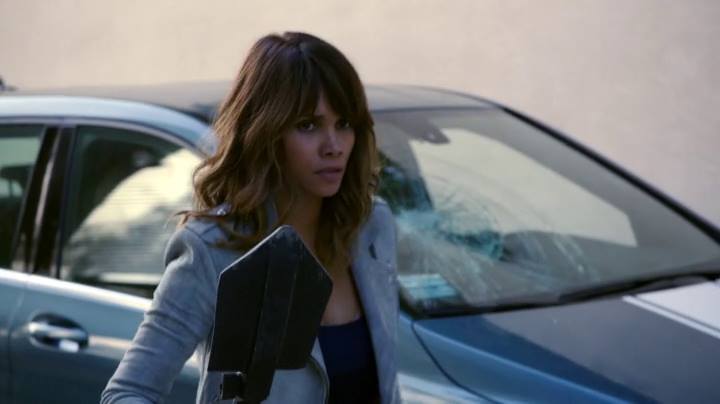 Extant returned for a second season this week, and the title of the episode – “Change Scenario” – completely felt right considering all the changes that occurred. So much happened in just the season premiere that I can’t wait for the next episode to air!

Even though I liked the premiere, it’s not as if I didn’t find any faults in it. One of the reasons I fell in love with Extant in the first place was because the show didn’t confirm a romantic relationship between Julie and John even though there were hints some fans picked up on. The whole ‘boss-slept-with-assitant-while-wife-was-away’ is such a boring cliché; I was glad Extant didn’t go down that path because Molly Woods (Halle Berry) was away in space for 13 months. However, my fears came true when Molly found out about John’s affair with Julie.

Anyway, let’s move on to the good things from the Extant Season Two premiere. I liked seeing Molly being hailed as a hero, but her happiness was short-lived because her whole world came crashing down. Seeing her in a psychiatric facility made me remember Gothika. Halle looks amazing when she acts crazy, and I hope the show continues to use her talent in such a way.

While I didn’t like Julie hooking up with John, I have to acknowledge Grace Gummer’s acting abilities. Her acting will make you question whether you want to hate her character, feel sympathy for her, or do both.

While Julie’s intentions are good, one can’t help but feel that she’ll only keep getting herself into trouble in the future. The government taking control of the Humanich’s Project for military purposes is only going to force Julie to make tough decisions, especially if they end up directly involving Ethan (Pierce Gagon).

Talking to Mickey Fisher revealed that Extant was going through a lot of character changes in the new season and all that happened this week. Molly’s husband John Woods (Goran Visnjic) left the show and seeing his exit realized one of the fears I’ve had about self-driving cars. Did Julie order the incident? Or did someone else? Who exactly is pulling the strings here? 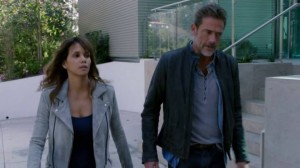 The alien threat is still present, and Molly ended up teaming up with new character JD Richter (Jeffrey Dean Morgan) trying to solve a series of murders that might be linked to her alien-baby. I’m not sure if the grownup we saw near the end is her son, but I wouldn’t be surprised if he is.

David Morrissey also joined the show as General Tobias Shepard. I’ll need to watch him for a few more weeks to have any opinion on him. Right now he looks like a person who’ll definitely butt heads with Molly when it comes to what he should and shouldn’t do.

All in all, it was good to see Molly back on my TV screen. She isn’t a perfect character, and I’m sure she’ll end up making some mistakes as the season continues but will come through in the end.

I went through the ratings and was surprised to see Extant’s performance this week. I know some people have complaints regarding the show. Even I had them when the season started out. Halle Berry is the lead and Steven Spielberg is attached to it. I rightfully had a lot of expectations from the show. But later on I accepted the show for what it actually was and greatly enjoyed it. Extant is a soap about a woman trying to protect her unconventional family with robots, aliens and government conspiracies thrown in for good measure.

Season Two of Extant has indeed changed the scenario for Molly and has even made her more interesting. I intend to go along for the ride as she tries to rescue Ethan and save humanity in the process. Also just a random thought, while the technology is indeed amazing and realistic, I’ve been wondering about the status of LBGTQ+ individuals in the future shown in Extant. I don’t think we’ve seen a single queer character yet.

“Well she screwed my husband and then had the nerve to show up to his funeral. Now, I think I should be committed if I didn’t smack her.” – Molly Woods

Did you watch the Season Two premiere of Extant? What did you think of the changes? Who wants to see a Molly and Julie fist-fight? Also Dave needs to be sent to prison, right? Let us know!