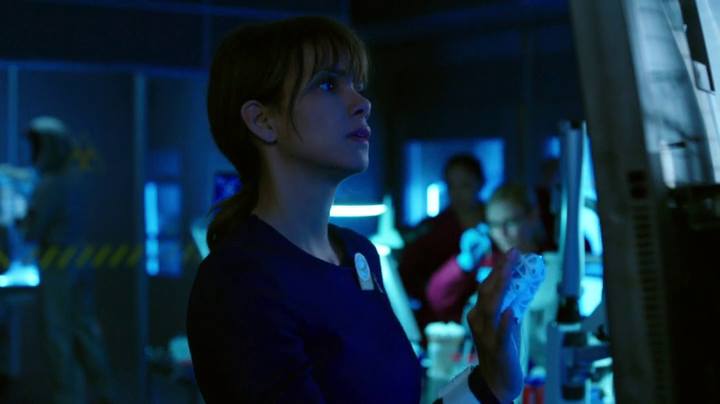 So much has happened in just four episodes of Extant Season 2 that I can’t wait for the finale, which I know is going to be epic! In “Cracking the Code”, Molly experienced more biological changes and Lucy showed that she wasn’t going to let any computer program control her even though she was a Humanich.

I loved this week’s episode not only for the plot, which felt like buildup for what’s to come, but for the way genetics was handled. I’m a genetics student myself, and I couldn’t help but be awed by the technology the geneticists used this week. I need that genetic sequence chart or whatever it’s called in my life. It would make things so much easier and fun at the same time.

A bioweapon felt like the right thing to make to end the alien-hybrid threat. Having the answer hidden in junk DNA felt like a good touch, as there is a lot that scientists don’t know about it yet. The bit about the ‘Help Me’ message being hidden in the genetic code felt confusing to me, and I’m waiting to see how it’ll be answered.

I’m still not sure why someone like Molly Woods (Halle Berry) was allowed to play around in the lab. I know she’s a biologist, a geneticist and an astronaut, but having her near so much data felt weird to me when her alien son’s a threat to humanity. The soft spot that General Tobias (David Morrissey) has for Molly, while advantageous for our heroine, doesn’t sit well with Tobias’s girlfriend and I think the tension is going to escalate in the coming episodes.

The other Humanich, Lucy, is an amazing addition to the show, and I like how Kiersey Clemons plays her. Lucy is not a Humanich to be taken lightly. She might have wanted to help Ethan find Molly, but the way she played the whole thing to her advantage from the start made me feel scared of her.

Any idea who she was talking to near the end of the episode while reading The Prince by Niccolo Machiavelli? Was she talking to John? I wouldn’t put it past the writers of this show to reveal he didn’t die, or uploaded his conscious somewhere, and was controlling Lucy somehow. But then again it could be a whole other character. There are players that haven’t been introduced yet, especially the ones who ordered John to be killed.

Charlie is clearly trapped between his affection for Julie and Lucy. Who will he choose in the end? Will he even remain in a position to make a sound choice as the story continues? Nevertheless, it is great to see a young POC actress playing an important role in a production like Extant. 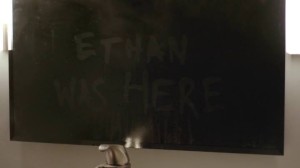 Ethan (Pierce Gagnon) trying to find Molly is a nice sub-plot, but it’ll lose its charm if not resolved soon. I still don’t know why Molly hasn’t tried to find Ethan herself. Does she not know if he’s alive? Does she think he was shut down? I think seeing the message that Ethan was inside her new house will make her start looking for her son. Or she’ll just knock down Julie’s front door with a shovel in hand and demand answers!

Not having Julie (Grace Gummer) show up this week was a crime. She needs to be in every episode, even if it is just for a few minutes.

“Solve it! You can write your names in the history books. Fail and we will all just be footnotes in the scrolls of a new civilization.” – General Tobias Shepard

Also, if you are a fan who is worried about Extant ratings, don’t be; things aren’t as bad as you might think. The change in time slot helped with demo ratings this week, and the Season 2 premiere pulled in some good numbers for CBS.

What did you think of “Cracking the Code”? Did you enjoy seeing the genetic technology? Why was JD’s daughter introduced if her baby ended up being normal? Let us know!

Previous:We Are Fandom: An Interview with Orlando Jones at SDCC
Next: iZombie at SDCC: A Chat with Rose McIver