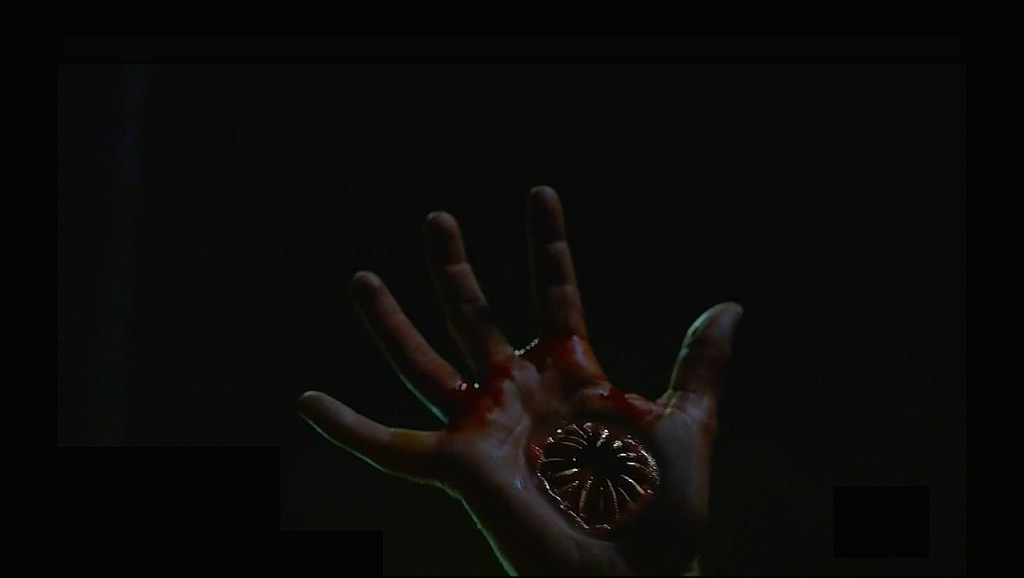 5×5 was a surprisingly artful episode. After a gut-wrenching and gracefully executed teaser, complete with a bloody beautiful death and a positively mesmerizing Dylan O’Brien, we see Stiles’s 911 call rendered as visual sound wave. The distance and objectivity of it only make Stiles’s situation more painful and clear.

As Scott informs a very rattled Stiles that someone’s been taking the bodies of the Dread Doctors’ failed experiments — a conclusion Stiles had already drawn after losing sight of Donovan’s body — we see Parrish deposit his most recent addition to the nemeton hibachi grill. There are more important things going on, admittedly, but I can’ t help but wonder: has Parrish really not noticed that his clothes keep getting burnt up to ashes? I know he’s recalling these macabre little excursions as dreams, but waking up naked and slightly charred would suggest otherwise. 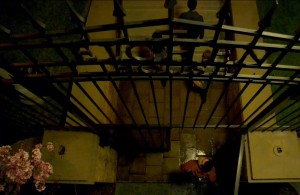 Before the gang embarks on this mission, we get quick a scene of an adorable pup (Scott) having an adorable conversation with an adorable kit (Kira), wherein a fierce flaming fox aura helps find a kickass compactable katana. We still don’t know much about the intricacies of Kira’s supernatural identity or her abilities, but it’s nice to have the spotlight on them every now and then, anyway. Or the lightning, as the case may be.

Once they get to Eichen, that would-be rapist from the season premiere gives Lydia a frightening look that both Lydia and Stiles notice. Teen Wolf has a terrible track record when it comes to dealing with issues of rape and consent (see also: Kate and underage Derek, Jennifer and going-in-and-out-of-consciousness Derek, the sexual undertones of Peter’s manipulation of Lydia, etc.), so I wish they’d just stay out of that arena altogether. The moment in this episode is brief; let’s hope it stays that way.

Outside of that particular beat, I adore Eichen House. Despite all the suspension-of-disbelief it requires — especially after Lydia and Stiles’s near-death experience there last season — it’s just fun, in a Grand 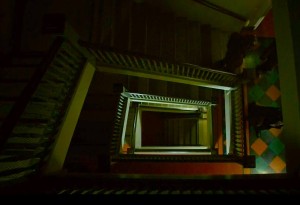 Guignol kind of way. The cinematography inside the institution does not disappoint in this episode, and the score is perfectly creepy and grandiose.

Beyond a line of mountain ash, Stiles and Lydia pass by some kind of orc before finally reaching Valeck. It causes Stiles to see Donovan for a brief flash, which Valeck helpfully explains:  “the myth is that they can take on the appearance of the lost souls that have been inextricably bound to it,” he tells them — which makes it sound like the souls are bound to the creature, rather than to the soul of the beholder (the more logical explanation), but, oh, well. Semantics, right? That’s what they get for talking to Beacon Hills’s own Hannibal Lecter, who, despite my deep love of over-the-top horror, is actually a little too melodramatic for me. Look, we’ve already had Peter Hale, Gerard Argent, and Deucalion, the evil trinity, vying for the Drama Queen Award whenever possible. I just don’t think we need another.

As Valeck quotes Tesla, my heart yearns for him to be played by David Bowie (who played Nikolai Tesla in The Prestige), armed with unlikely eyebrows and spinning crystal balls.

Meanwhile, Stydia fans are probably getting fannish whiplash by this point. #StilesStillLikesHer? Oh, MTV. That’s class with a capital K.

The explanation for the Dread Doctors is an interesting one. A good mad scientist story is good, old-fashioned penny-dreadful (still not sorry) delicious, and their steampunk-ish style is just icing on that villainous cake. But the doctors’ backstories and goals — to play alchemist to the world of supernatural creatures as a way of seeking power over the rules of the universe — aren’t even the only revelations Valeck delivers to our human pack members. He also places the blame for the Dread Doctors’ resurgence squarely on the reactivation of the nemeton from season 3A. Stiles tells Lydia, “All this, it’s on us. Everything that’s happened, everything that’s gonna happen, it’s our fault.” (I assume that’s because Derek, scapest of goats, is no longer available.)

Valeck then uses his reward — Lydia’s scream — to effect an escape from the asylum, reminding us all that Lydia should spend more time trying to develop her own power instead of Parrish’s, because her power is clearly boss as hell.

As always, my little wolfies, I leave you with a series of questions prompted by this episode. If the Dread Doctors designed a system so that people would forget they’d seen them (awesome), why didn’t Malia forget that she had seen the Dread Doctors? Do you only forget if they’re working on you, as opposed to on someone near you? And if Valeck knows that electromagnetic stability is fundamentally necessary for the security of Eichen, wouldn’t the employees also know, and screen for kitsunes (or any other creatures that manipulate electromagnetic energy, if any others are known)? Is there a reason Malia trusts Theo when she’s normally cautious around people she doesn’t know well? And, seriously, how did no one notice the bullet holes at the scene of the Tate family’s deaths?

Tune in, wolfies. This episode demands it.

One thought on “Teen Wolf 5×5 Review: A Novel Approach”