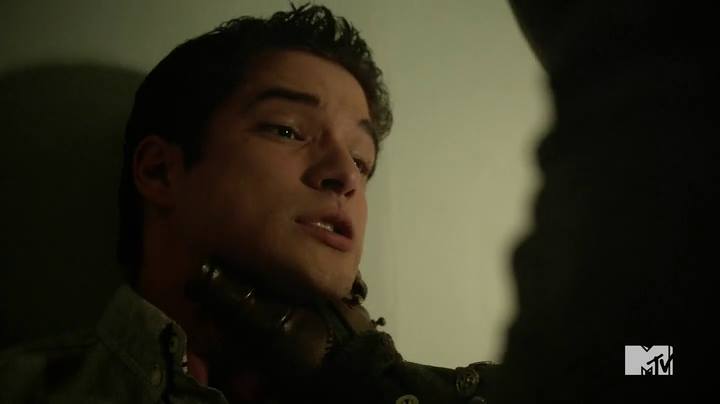 This week’s episode of Teen Wolf Season 5 delved further into the mystery of the Dread Doctors and gave one of the most obvious creature revelations near the end. Even though I have my problems with the current season I found myself enjoying “Required Reading”.

First I’m going to talk about the Liam/Hayden romance and get it out of the way. I am not a fan of Liam (Dylan Sprayberry), and I don’t see my stance on him changing anytime soon considering how his character is being handled this season. His puppy love with Hayden made me roll my eyes every time they showed up on screen. The whole thing had nothing to offer the main plot. Their so-called feud from sixth grade came across as childish now that they are in high school, and Hayden working in a club is more unbelievable.

Her character being revealed to be a chimera still didn’t make her interesting to me. It was obvious she was something other than human the moment she healed from Tracy’s grip. I wouldn’t be surprised if Liam tries to save Hayden like Lydia saved Jackson back in Season 2. The only thing I find mildly interesting about her is how she sometimes looks like Selena Gomez’s sister.

With those two out the way, let’s get on to the stuff I did enjoy this week. I don’t know about you all, but Kira (Arden Cho) is kicking it out the park. I love that her kitsune powers allow her to fight off the influence of the Dread Doctors. I want her to take out her belt-sword, let her kitsune powers take control, and start chopping chimeras left and right. It isn’t as if those chimera kids have a chance of being saved anyway. It is better to kill them, out of mercy even, before they murder more innocent people.

Scott (Tyler Posey) sharing his concern with Theo that he was unsure about trusting Kira felt wrong to me. Why was Scott sharing how he felt with about his girlfriend, a member of his pack, with Theo and not Stiles (Dylan O’Brian) or some other pack member?

Theo is clearly trying to cause tension is Scott’s pack and wants Malia, Kira, and most definitely Stiles out of it. I would’ve paid attention to what Malia and Theo talked about in the gym scene but I kept getting distracted by the sight of Theo’s abs, and how strong Malia was compared to him. Talk about creating unrealistic expectations for high school teenagers!

As for Stiles being worried about killing Donovan in self-defense…what is up with that? Why is he feeling so scared about Scott and the rest of the pack finding about Donovan’s death? Can’t he explain he killed the half-baked chimera in self-defense? The whole thing just comes across as plot convenience to push Stiles away from the pack once the truth comes out in front of Scott, which Theo clearly wants and will have a hand in.

The pack reading the Dread Doctors and experiencing hallucinations would’ve come across stronger if the hallucinations made sense. Maybe they will as the story progresses, but right now everything felt like a mess, especially Stiles’s mother thinking that he was going to kill her. It made me remember that horrible hallucination when Sheriff Stilinski accused Stiles of killing is mother back in Season 2.

Sheriff Stilinski also said Stiles was 10 years old during the sequence but wasn’t Stiles 8 years old when his mother died? But what is continuity in Teen Wolf anyway? It’s a miracle Beacon Hills hasn’t collapsed on itself due to continuity errors. I wouldn’t be surprised if Season 6 focused on some time-travelling were-beings coming to Beacon Hills to set things right or that BH existed outside of time. But that would require the writers to admit that continuity in the show has always been a joke to begin with. 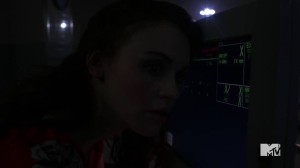 Lydia seeing her grandmother in Eichen House was probably the only hallucination that kind of connected to the overall plot. Lydia (Holland Roden) has a lot to do this season and I love it. She was such an impressive character when the show started but then fell into the ‘damsel-in-distress’ trope. It is good to see her doing stuff on her own.

What did you think of this week’s episode of Teen Wolf? Did you like the hallucinations the main characters experienced? Are you tired of the chimeras the Dread Doctors have created? Does anyone care about Hayden at all? Let us know.