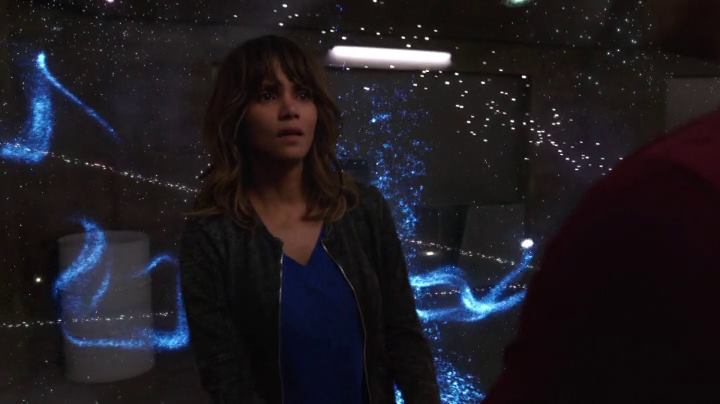 Extant aired back-to-back episodes this week, and it was two hours of watching Molly Woods trying her best to stop the inevitable war between the humans and alien hybrids. For me Extant is always better when binge-watched and having two episodes instead of one was a treat.

Even though I tried to like Tobias Shepard (David Morrissey), I don’t think I will ever be able to like him now. He came across as evil this week, and I don’t think he sees Molly (Halle Berry) as a friend anymore. I doubt if he even thought of her as friend to begin with. Is she someone he would like to romantically hook up with? Yes. But he isn’t going to hesitate in killing her if she comes in the way of his mission. I actually felt glad his girlfriend Shayna decided to break up with him. I don’t know if the show will try and redeem Tobias because right now he’s clearly one of the bad guys, especially when he ordered the release of the virus to kill the alien hybrids and Molly.

Another character who has taken up the mantle of evil is the humanich Lucy. The first season of Extant must have spoiled me because I was expecting Molly, Ethan, and Lucy (Kiersey Clemons) to share some quality family time together near the end of this season. But with Lucy clearly wanting to start a humanich revolution and contemplating shooting Molly, the chances of having my wish granted are next to non-existent. She’s a master manipulator, and even though she looks like she’s helping humans, I won’t be surprised if she targets them next. She was clearly not happy after learning humanichs had an expiration date. 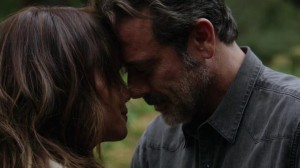 Coming to the good guys, the scenes Molly shared with JD (Jeffrey Dean Morgan) this week were one of the best things about the two hours I watched the show. The writers gave some insight into JD’s backstory and though he’s a clearly flawed character, his heart is in the right place especially where Molly and his daughter are concerned. The scene where the two said goodbye so JD could go be with his daughter was heart-wrenching.

Molly and JD didn’t lock lips but the intimacy and emotional connection the brilliant actors were able to convey was something that could easily beat ‘in-your-face-sexual-scenes’ that a lot of other shows make use of to tell audiences there’s indeed a bond between two characters even when the audience doesn’t see it.

While Molly was worried about the changes she was going through, she ended up accepting her evolution and bonding with her hybrid son and his huge family. I’m not sure, but there’s a chance Molly could be a great-great grandmother at this point in her life. Her son also referred to her as their leader and I’m excited to see how that pans out with the humanichs ready for war and an alien hybrid not willing to accept Molly into the family.

“You Say You Want an Evolution” and “The Other” made for an enjoyable two hours of Extant, and they set up things for the inevitable war that’s going to take place as the story progresses. Deep down I want all the madness to end so I can enjoy seeing Molly and Ethan spend some mother-son time together.

What did you think of the two episodes of Extant? Are you excited about Molly’s evolution? Do you hate Tobias and Lucy? Let us know!