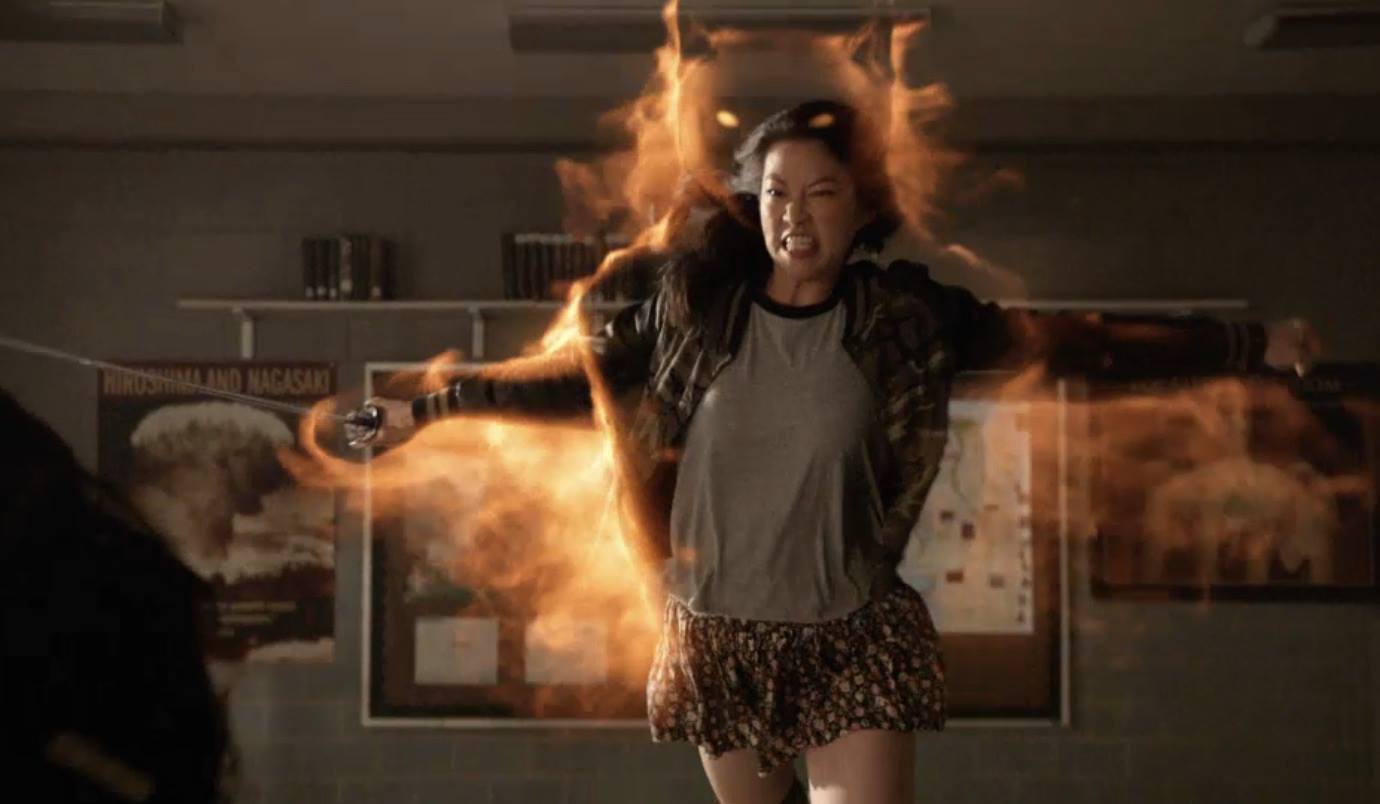 This episode was very reminiscent of “Night School”, with the benefit of much stronger writing. The Dread Doctors definitely live up to their name with some traumatic hallucinations for Parrish, Scott, Lydia, and Malia. However, more than the Dread Doctors, it is villainous Theo that is proving to be unpredictable and downright disturbing.

Dylan O’Brien continues to gut me every week, especially as Stiles is tormented by Donovan’s death and what it means for his part in the pack. I just want to throw all of the awards at him. All of the awards! 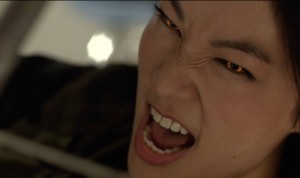 Kira has some fantastic moments this episode with a stylized fight with Noshiko that even Tarantino would approve of and the insane “I am the Messenger of Death” (even if this second event is just a nightmare induced by the Dread Doctors).

Scott comes up with a rather flimsy plan to protect Hayden and catch one of the Dread Doctors by hiding out at the school, which causes tension between him and Liam once he discovers that Hayden is being used as bait. I hope that Scott texts Derek sometimes just apologizing for being so difficult now that he finally has the burden of a beta.

There’s a bit of a The Shining moment as Parrish hallucinates kissing Lydia, who becomes horrifically burned. This feels like a fitting punishment for a deputy that keeps fantasizing about a high school girl.

Theo (Cody Christian) must have spent too much time around the Pretty Little Liars before venturing into Beacon Hills as he is quickly turning into the keeper of the pack’s secrets. As Theo wiggles his way into the pack, I have to wonder if the Teen Wolf writers are bummed that they already used the episode title “Frenemy” as it would be pretty fitting for right about now.

I feel for Theo, though. It must be hard to form a diabolical plan with the Dread Doctors. Those dudes are not big with the talking.

This episode shows that not only is Theo a lying liar that lies; he is very clearly a psychopath. If his hammer trick wasn’t enough proof, we get a flashback that shows young Theo simply watching as his injured sister calls to him as she slowly freezes to death. Damn, that’s harsh.

After a scene like this, I’m curious what fate will befall Theo at the end of this season. Will Theo get to just walk away after a stern talk from Scott the way Deucalion did? This isn’t a sitcom. Scott can’t just lecture the baddies the way Danny Tanner did his children after one of them got caught smoking. 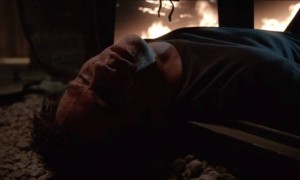 Or perhaps, as with Kate and Jennifer, Peter will magically appear to do the dirty work of ripping out Theo’s throat. Scott isn’t a murderer like Peter; that much is clear. Stiles is still struggling with what happened with Donovan, obviously terrified of what Scott’s reaction will be once he finds out that Stiles, the only human in the group, accidentally killed a man as he fought to survive. I’m not saying that Scott should kill Theo, but I want to see what happens when Scott meets his “immovable object.” Someone that doesn’t “learn their lesson” or get taken out by someone else.

In all likelihood, the Dread Doctors will probably turn on Theo and drag him away at the end, but I am interested to see what Scott chooses to do once he learns the truth about Theo.

The ending left viewers with two major cliffhangers that will definitely have people tuning in for next week’s episode, “Ouroboros.” This will be the first episode from Teen Wolf writers’ assistant Will Wallace, so I can’t wait to see what he will bring to the story.