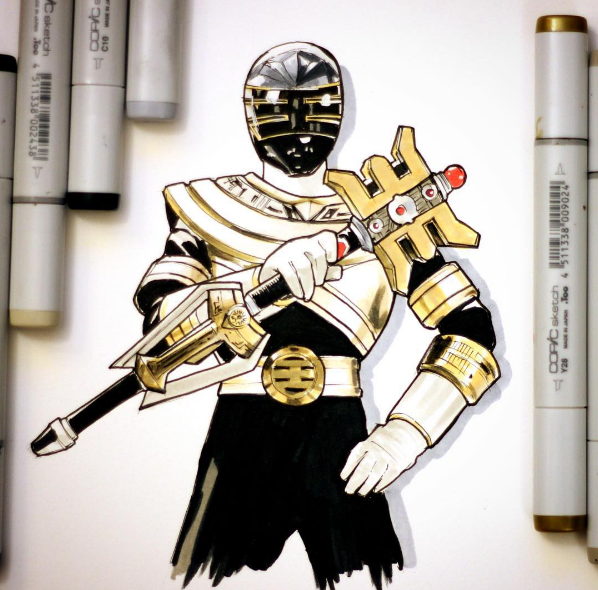 Last month I discussed one of the amazing artists I met at Comic Con Honolulu – Eaten Clover – and how amazing it is to be able to mingle with local artists at this smaller convention hot off the heals of the behemoth that is San Diego Comic-Con.  One of the other artists I got to talk to was CeeVee, whose Captain America art immediately drew my eye (hey, I host a podcast about it for a reason guys (see: Captain American Minute)).  His art was vibrant and beautiful.  Like Eaten Clover, I was eager to reach out and talk to him about his amazing work.

What fandoms do you focus on? 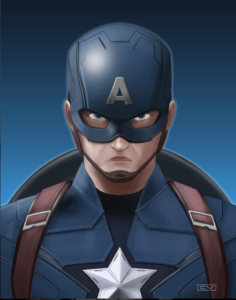 I like Power Rangers. That’s like my thing. I kind of dabble in the Marvel Universe. Iron Man, though I have to throw in Cap because Civil War, you know.

What medium do you work in mostly? Drawing, Ink, pen, that type of stuff or you branch out to other mediums as well?

Mainly it is pen, markers, pencils, but I’ve been branching into digital art.

Do you go to a lot of conventions every year or do you post mostly online? How to people find you and your art?

So, you’re from out here in Hawaii?

Can people buy your prints online or is mostly just for sale at conventions?

Previous:‘Black Lightning’ Pilot by Greg Berlanti Gets Picked Up by FOX!
Next: Hit the Floor ‘Till Death Do Us Part’ Bloopers Released! When Will We Get a Season 4?