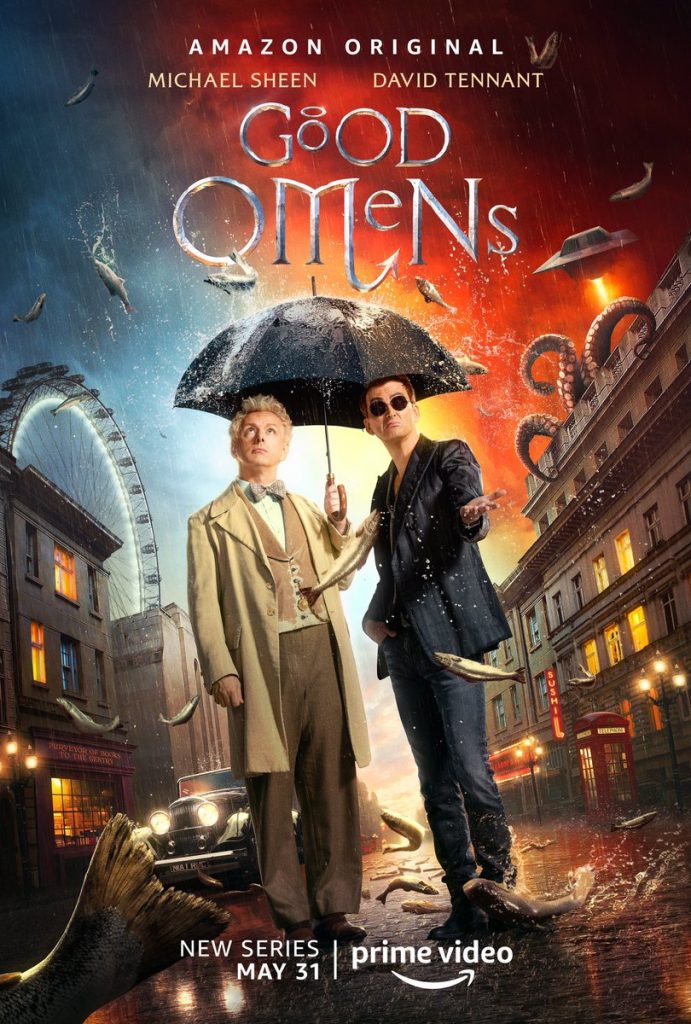 Good Omens is my favorite book of all time and the show has quickly shot up my list of favorite shows of all time.  A huge part of my love of the series is the relationship between Crowley and Aziraphale.

When I wrote my review last week, I titled it “Shippers Assemble: Good Omens is AMAZING.”  It’s fairly clear based on that alone that Crowley and Aziraphale’s relationship is fairly central to my enjoyment of the story.  It’s not canon that their relationship is romantic, but it is indescribably unique and so close to it that I’m not terribly bothered that the angel and demon don’t actually cross that line on screen or on the pages.  I’m a fierce advocate for canon LGBTQ+ representation, but I also enjoy just shipping beautiful relationships sometimes and rolling around in my fandom spaces for fun.  This is one of those times where I’m happy with the content we get, even while I do want more.

The show itself elevated the queer subtext between the pair so much and I was elated.  I hadn’t expected them to amplify that aspect, but we were gifted with more subtext and actors who seemed to be fully on board with depicting their characters as just a shade shy of romantic. Michael Sheen has especially been upfront with his opinion that Aziraphale is in love with Crowley.

But guys… it was almost even more gay than what we actually got.  Seriously.

Tumblr user dykeiel posted this scene from the script book where Crowley brings Aziraphale chocolates on the day that his bookshop opens.  Additionally, it appears Aziraphale was close to being recalled to heaven and Crowley kicks up some trouble in an attempt to keep him on Earth with him.  This is so overtly romantic my big queer heart is about to explode.  I mean, we already got the actors on board.  We got a romantic dinner date at the Ritz set to a romantic song complete with champagne flutes.  And now CHOCOLATES.   This ship has been served to us on a silver platter. And guys, this food is good.

According to chatter on Twitter, this scene wasn’t actually filmed.  The chatter comes from some unofficial sources, though, so it’s possible that it was filmed and is sitting on some hard drive somewhere, but I wouldn’t count on it.  Don’t expect this to make it on a Good Omens DVD extras feature any time soon.  But fandom, we’re good at filling in the gaps.  So let’s get to it and have some fun here!  Throw your fic and fanart of Crowley bringing Aziraphale chocolates out into the universe and let’s see what we can do!