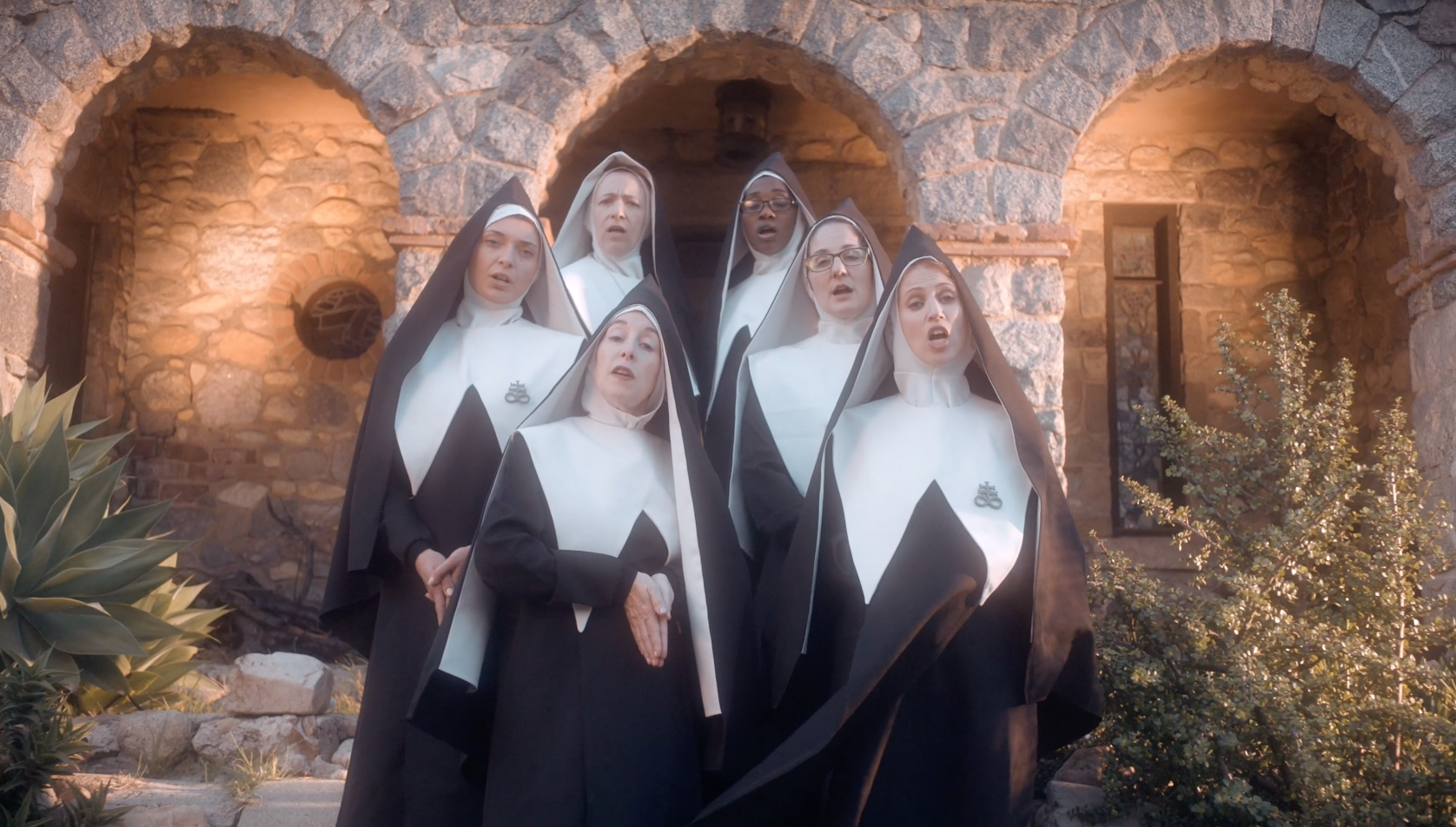 Today the Chattering Order of St. Beryl, a group of professional a cappella singing Satanic nuns and part of the marketing campaign for upcoming Amazon Prime release Good Omens, released a music video – “Brand New Baby Smell” – ahead of the series.

Based on the cult favorite book of the same name by Neil Gaiman (who also serves as writer and executive producer) and Terry Pratchett, Good Omens tells the story of an angel and a demon who sort of…mess up the apocalypse. The nuns play a key role in the kerfuffle surrounding the events of the apocalypse by mishandling the placement of the newly born baby Antichrist. The group has been on a world-ending tour to welcome the Antichrist and herald the coming of the apocalypse – the Good Omens series debut on May 31 – making a splash at events like SXSW.

“Brand New Baby Smell” celebrates the birth of the Antichrist and is littered with clues and hidden symbols that will be sure to delight Good Omens fans. The video also serves as the official reveal for the Twitter crowd-sourced name for the order’s goat. This original song was written and directed by Hal Kirkland and arranged by Deke Sharon (Pitch Perfect), the “father of contemporary a cappella”.

The highly-anticipated series stars Michael Sheen as Aziraphale, David Tennant as Crowley, Jon Hamm as Gabriel, Benedict Cumberbatch as Satan, Miranda Richardson as Madame Tracey, Nick Offerman as the US Ambassador, and Frances McDormand as God. The six-episode miniseries drops worldwide on Amazon Prime on Friday, May 31. We at The Geekiary are very excited about this show, as fans of the book and the cast (though I am sad that they didn’t cast Colin Morgan as Newt, as he was in the radio play).

For more information about the Chattering Order of St. Beryl, please check out their website and Twitter.