Fans Want Disney to Give Elsa a Girlfriend in “Frozen 2” 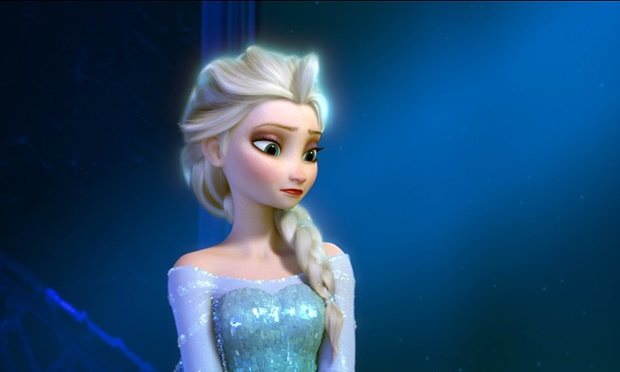 The reports are in, and surprise, surprise, a lot of major studios fail at portraying the LGBTQIA+ community. Step one towards doing a better job? Give Elsa a girlfriend in the upcoming Frozen sequel.

Disney is one of the many studios who have failed the annual GLAAD Studio Responsibility Index. According to the report, Disney “excluded LGBT characters” in its 2015 film slate – for the first time in four years. And while GLAAD specifically referenced Star Wars as an easy place to include more diversity, some fans had other ideas.

Frozen is already considered fairly LGBTQIA+ friendly. Jonathan Groff, voice of Kristoff, is openly gay and the first out gay man to voice a Disney prince (Kristoff isn’t a prince, but you know what I’m saying here). Minor character Oaken points to a man and four children when referencing his family. Plus, a lot of viewers saw Elsa’s struggle with her powers as a metaphor for coming to terms with one’s sexuality. The film’s hit song “Let It Go” has even been adopted as a coming out anthem.

So, then, it would be extremely easy to step up the representation a bit. A simple sentence (accompanied by a hashtag) started an online campaign. 17-year-old Alexis Isabel Moncada, founder of Feminist Culture, began the movement with the following tweet:

Since then, other users have been chiming in – the hashtag #GiveElsaAGirlfriend trended on Twitter – about how much having such an iconic character being a lesbian (or bisexual, or anything else other than straight) would mean to them.

Giving young girls the chance to understand that a princess can love another princess the same way Cinderella loved her Prince Charming is vital to their development. No one deserves to feel isolated and confused about who they are. All we need is someone to show us that there are other options, other kinds of princesses, and other ways to have the happy ending that you deserve.

Why can’t Elsa have a girlfriend? Disney already took a stance against discrimination by vowing not to film in states that pass anti-LGBTQIA+ laws. They should back that up by increasing the number of gay characters in their films. Some people will be angry about it, but you can’t please everyone. (I’m angry about the color of Harry Potter’s eyes in the movies; people will literally be angry about anything.)

Diversity is proven to sell, but studios are still wary of putting LGBTQIA+ characters in their mainstream films. Well, suck it up and drag your outdated selves into the new millennium. A new study found that less than 50% of teenagers identify as straight, so it’s time to start creating characters for everyone else – characters who aren’t punchlines or just there to check off some box on a diversity list.

Besides, Frozen is one of the most perfect films to increase representation. Have you tried avoiding Frozen? It’s literally impossible. This movie is everywhere. So anyone who wants to boycott it would have to basically move to Mars to do so, and good riddance. We don’t need ’em.

Do I think Disney will listen to their fans? Maybe, if you yell at them loudly enough. They should, though. A non-straight Disney princess is long overdue.