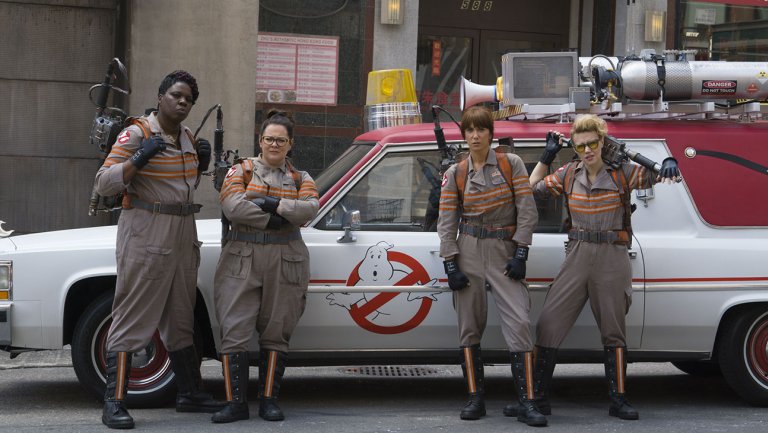 Okay so I don’t know if you noticed but this little thing called San Diego International Comic Con happened, and it’s kind of taken over the Geekiary’s world for the last couple of weeks. That’s why FEELINGS has been MIA. But I’m back in the harsh reality of living in front of my computer now that the con is over, so I have plenty of time to share all my FEELINGS with you. If you want to see what we’ve been up to over the last couple of weeks check out the SDCC Masterpost. Or you can watch our before and after webcasts, it’s quite the contrast.

The best news is that the new Ghostbusters now have names, which is awesome because every piece of news we get about this movie makes me more and more excited!

New live-action Attack on Titan trailer! (via The Daily Dot)

JK Rowling just continues to drop Harry Potter bombs on Twitter because she is and always will be Queen. Anyway, this time it’s about wizard finances. After much speculation, Rowling has confirmed that The Ministry of Magic covers the cost of all magical education, as it should really.

@emmalineonline1 @micnews There’s no tuition fee! The Ministry of Magic covers the cost of all magical education!

Oh yeah and Hayley Atwell started a dubsmash war with the cast of Agents of SHIELD at SDCC and it all escalated to the point where I can’t even handle talking about it anymore. All I can do I scream and cry like the crazy fangirl that I am.

First the Agents of SHIELD hit them with this!

And that seemed impossible to beat but Hayley Atwell will not be beaten so she retaliated in the most amazing way possible.

Mic dropped, @clarkgregg @ChloeBennet4 ? Consider it picked up and thrown out of the f***ing window… pic.twitter.com/HJFGi3yOUC

Mic dropped. Best part is, if what she told fans at London Comic Con is true, Hayley and James D’Arcy flew all the way to Atlanta for a couple of hours just so they could get Chris Evans to help them win this contest. Now that’s worthy of celebration!

Essentially at this point the Marvel TV peeps are filming their own crack fics. You better up you game fandom!