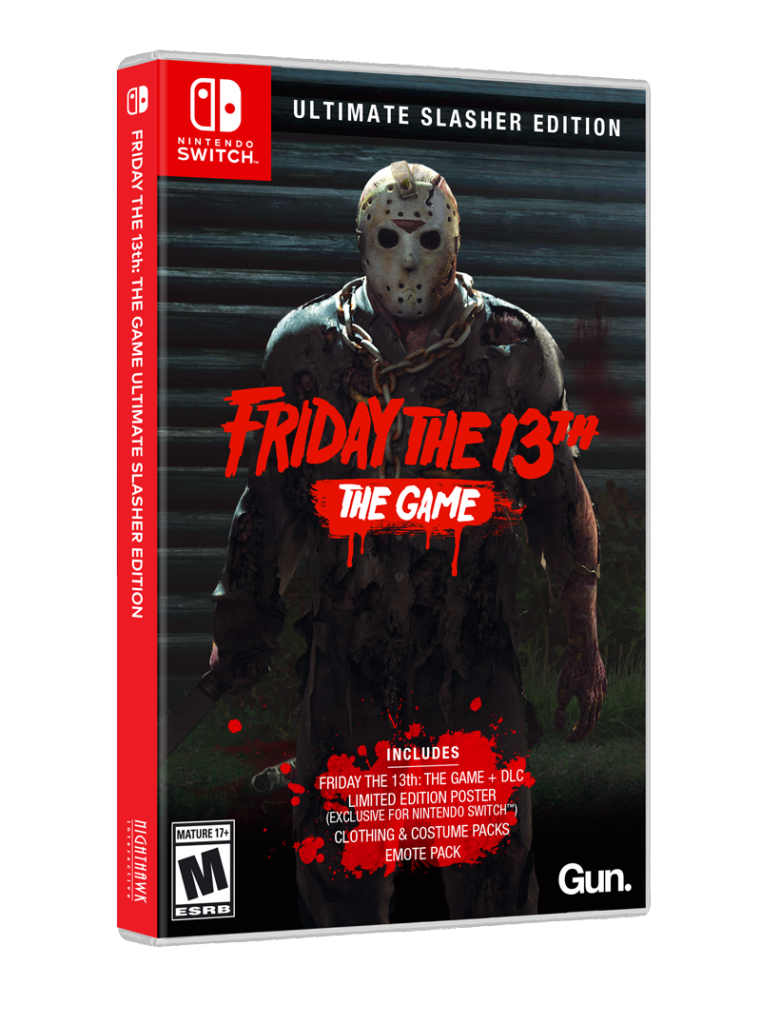 In exciting news for slasher-game fans, the “gruesome third-person horror survival” title Friday the 13th: The Game will be releasing on Nintendo Switch in North American retail stores come August 13, 2019, with the Ultimate Slasher Edition, courtesy of distributor Nighthawk Interactive.

The upcoming Ultimate Slasher Edition will include the full base game, all released downloadable content (DLC) and even an 11”x17” limited-edition poster. The physical Switch copies are currently available for pre-orders through GameStop and Amazon for an MSRP of $39.99. It will be coming soon to retailers including Best Buy and Target.

According to the press release, publisher Gun Media and developer Black Tower Studios are bringing Friday the 13th: The Game to Nintendo Switch for the first time, “as a love letter to the original movie franchise with iconic film locations and character models painstakingly recreated down to the bloody details.”

The gameplay “pits” eight players against each other, either as one of the seven teen counselors or as the iconic killer Jason Voorhees. 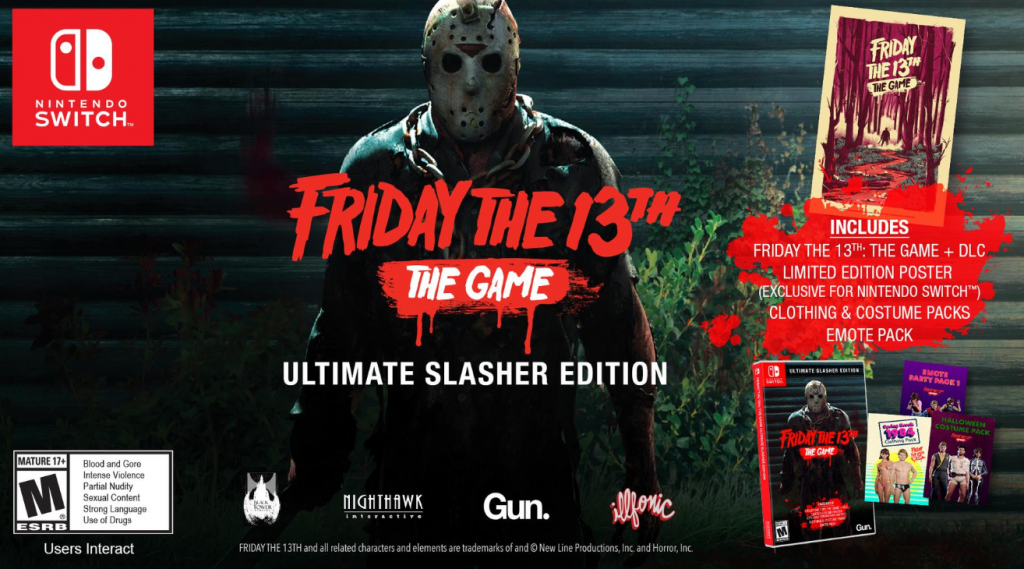 As a counselor, you must search for the tools to survive, escape or even try to take down Jason. As Jason, you will rely on his array of abilities to track, hunt and kill his prey.

Furthermore, “the teens need to contend with time itself, too, as Jason not only feeds off the fear of his victims but also becomes stronger as the night progresses.”

Friday the 13th: The Game Ultimate Slasher Edition for the Nintendo Switch includes:

This game is rated M for Mature by the ESRB.

Previous:Writer Tini Howard Giving Us More Wiccan This July In Marvel’s “Death’s Head” Miniseries
Next: Toy Story 4 Movie Review: The Toys are Back