What Kind of Resident Evil Game Will “Project Resistance” Be?

There’s a new Resident Evil game coming out and I’m ready! The game is titled Resident Evil: Project Resistance. And while we don’t know what kind of gameplay it will feature, certain fans are speculating that it’s Capcom’s way of bringing back the Resident Evil Outbreak series.

According to the official website, Resident Evil: Project Resistance will be released by Capcom ahead of the Tokyo Game Show 2019. The title is supposed to be for the PS4, Xbox One, and Windows PC. A trailer will be shared on the company’s official YouTube page at 8 a.m. PST on September 9, 2019. So, mark your calendar!

Attendees of the Tokyo Game Show, being held at Tokyo’s Makuhari Messe, will be treated to gameplay at the Capcom booth at set times (running from September 12, 2019, to September 15, 2019). Furthermore, the opportunity to play the video game is available only “by advance registration” at the show, and for Japanese residents only. 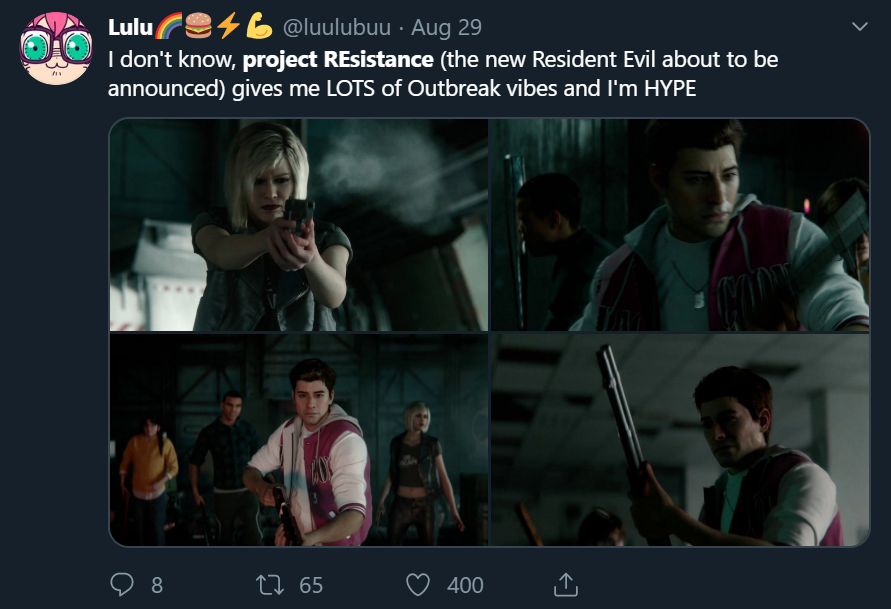 Sigh! If only I were a Japanese resident.

There isn’t much information about the upcoming project. Some images have leaked online. The images have fueled speculations about Resident Evil: Project Resistance being a reboot of the R.E Outbreak game series.

For those who don’t know, Outbreak was released back in 2003 for the PlayStation 2. It was followed by a sequel in 2004. Many fans believe the series didn’t do well because it was ahead of its time. Back then, the Resident Evil game franchise was strictly thought of as a single-player experience.

Times have indeed changed, and multi-player co-ops are currently very popular. Resident Evil 5 was the installment in the main franchise that introduced the co-op mechanic. It was something different for most R.E players. Resident Evil 6 followed suit, but Resident Evil 7 went back to the single-player gameplay.

As far as my opinion goes, I’m a fan of the Outbreak series. It allowed me to kill zombies with my friends and family members. It was always fun to yell at another player to handle the zombies while you searched around for items to collect. There was also a diverse cast to select from, with each character offering small changes to the overall gameplay.

So, I wouldn’t be disappointed if the upcoming video game is a successor to the Outbreak series.

What I don’t want is a 4-person team vs. 1-villain waste of time similar to Friday the 13th. Don’t get me wrong, Friday the 13th is a highly enjoyable game, but no Resident Evil fan wants that!

Are you excited about Resident Evil: Project Resistance? Will it introduce characters we can expect to see in the upcoming streaming series? Let us know.

Previous:“Control” Ended Up Being More Enjoyable Than Expected – Game Review
Next: More Dub VA Drama is Brewing at Funimation