The teaser trailer for Disney’s Frozen 2 has been released. While I wasn’t on board with a sequel to the 2013 animated hit, after watching the teaser, I am so here for it! Let’s go ahead and break it all down!

Frozen 2 features the original cast with Idina Menzel voicing Elsa, Kristen Bell as Anna, Jonathan Groff as Kristoff, and Josh Gad as Olaf. The new additions are Evan Rachel Wood and Sterling K. Brown. We don’t have details about who Wood and Brown will be voicing.

Judging by the teaser trailer, it seems Frozen 2 is going for a darker tone. It begins with Elsa battling the ocean. I’m not sure if she is trapped on an island or if it is the anniversary of her parents’ death and she wants to show the ocean she isn’t afraid of it. 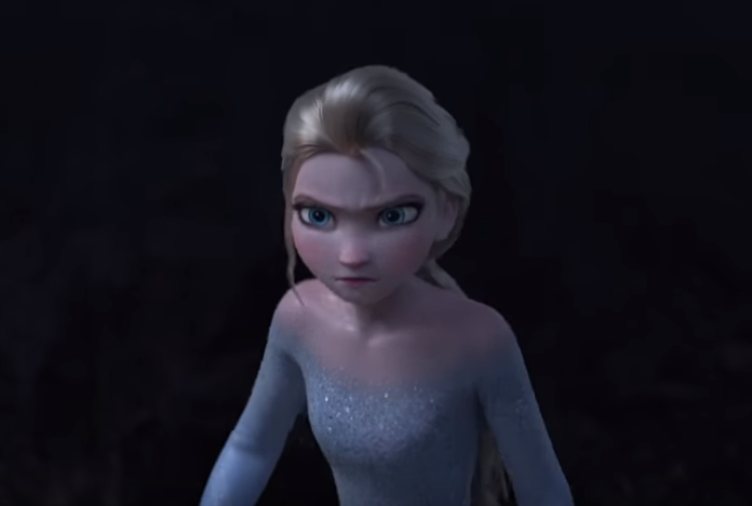 I like how she fails but continues trying to conquer the (very real-looking) waves. I would have liked her to suffer a few bruises. Maybe her ice powers include durability? Perhaps the animators didn’t want to make her not look pretty?

Also, is it just me or is Elsa on the rock giving Ariel from The Little Mermaid feels? 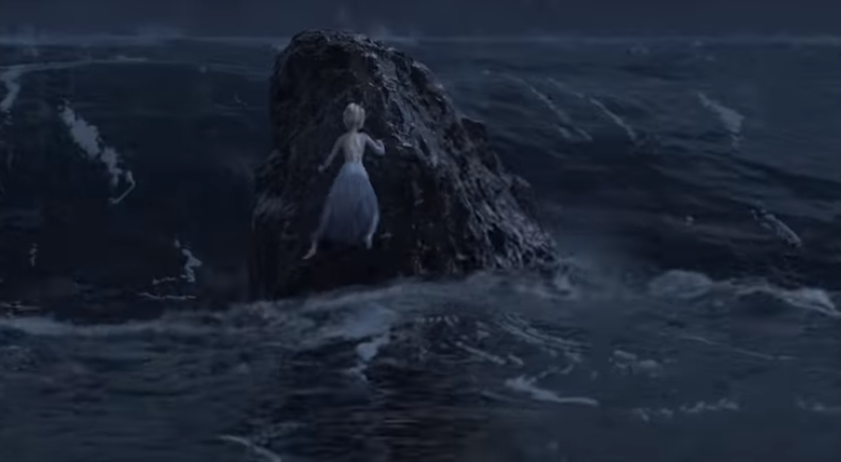 We then have Anna being very worried. There are hovering crystals around her. The crystals seem to have different markings on them. Are they a warning of some kind?

Kristoff looks very cool leading an army. Who are they going to fight?

Is Anna on the same dark island as Elsa? Anna surely isn’t happy. 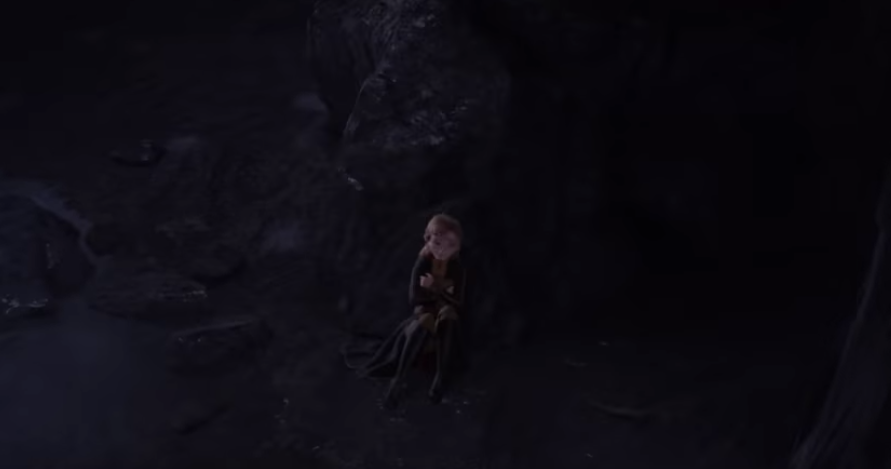 I like seeing Anna take things into her own hands even without any superpowers. Make that jump, Anna! 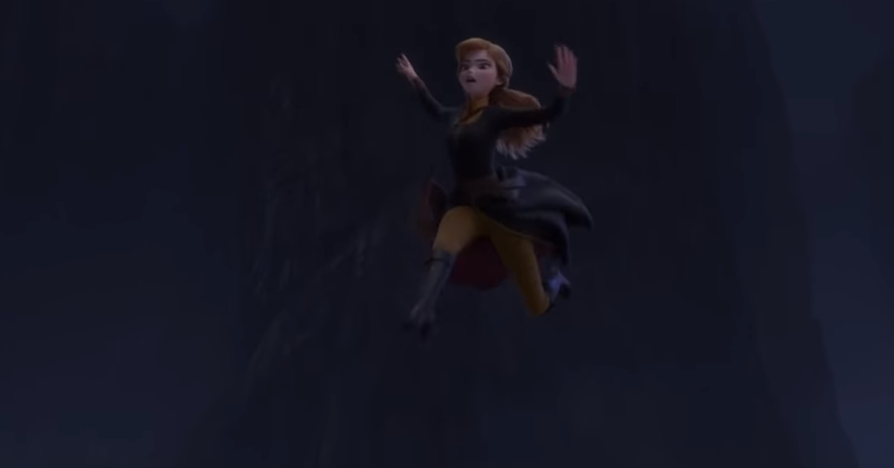 Elsa and Olaf surrounded by heart-shaped fire! Is the antagonist someone with fire powers?

I don’t know if these two new characters are going to be voiced by Wood and Sterling. Maybe their more grownup versions will be? Does the girl have power over the Autumn wind or is it just friends with her? 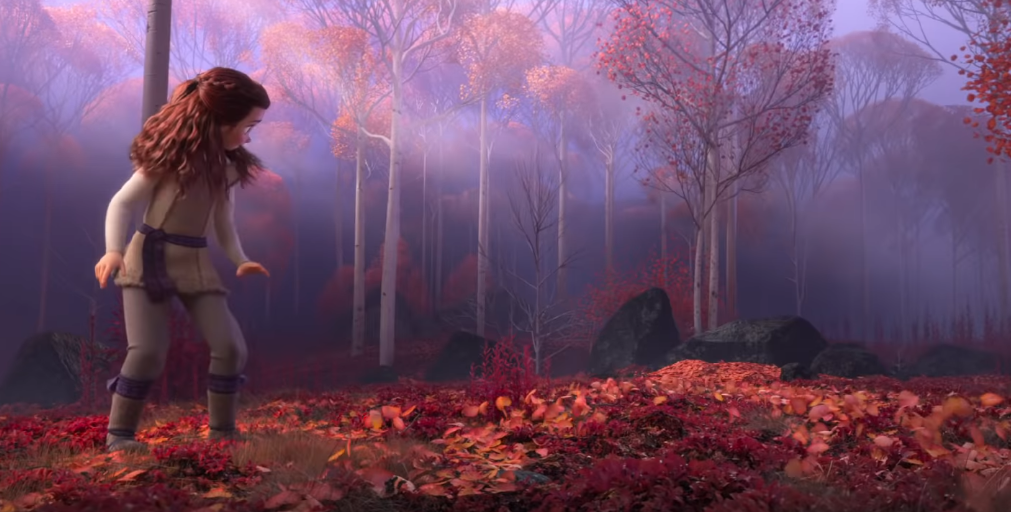 Is she going to be Elsa’s girlfriend?

There is a fan theory about these two characters being Anna and Elsa’s parents due to the girl looking a lot like Anna.

Some say these characters are Kai and Gerda from The Snow Queen.

We also get this amazing shot of the characters looking at, what appears to be, a whole new area to explore.

They don’t seem happy about it though!

Fans are already theorizing how there are four beings with seasonal powers and if we don’t get to meet Summer and Spring in Frozen 2, we will in upcoming installments. Winter (Elsa) vs Summer would be cool.

The teaser ends with Anna taking Kristoff’s sword and striking someone. I don’t know why she closed her eyes.

Also, why not let Kristoff use the sword, or is he not good at handling such a weapon? Is Anna the only one who can sense the strange presence following them through the air? So many questions! 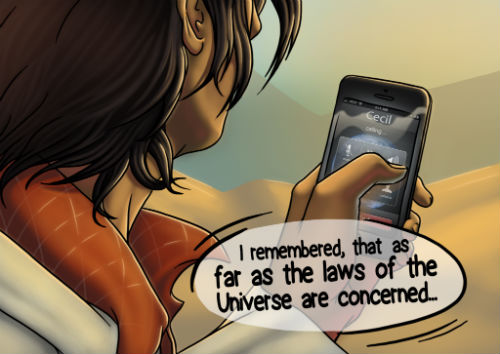 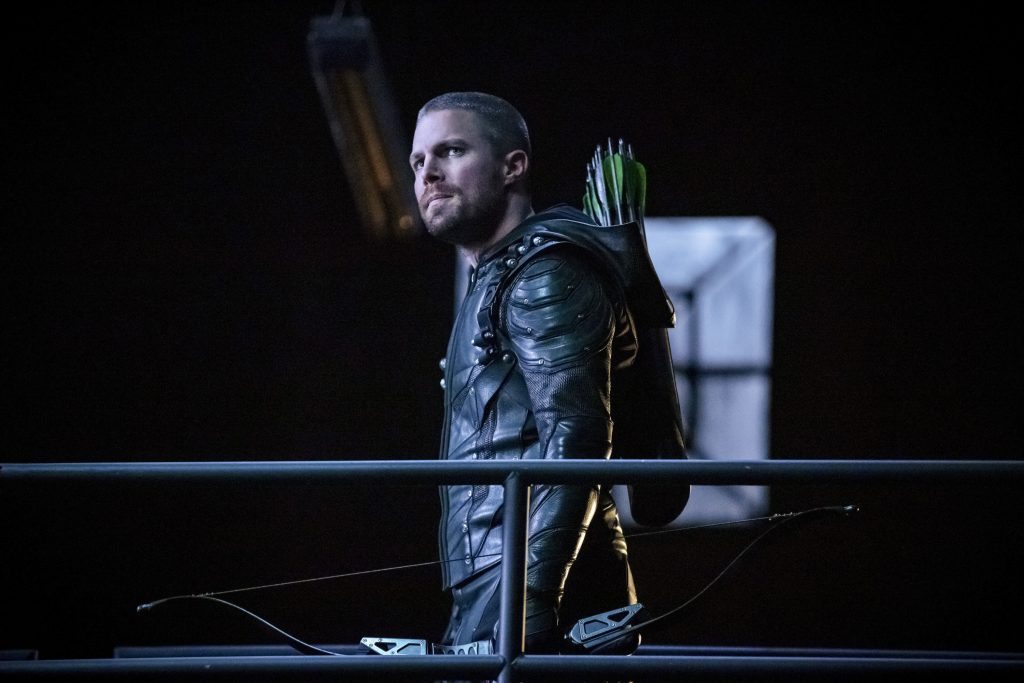 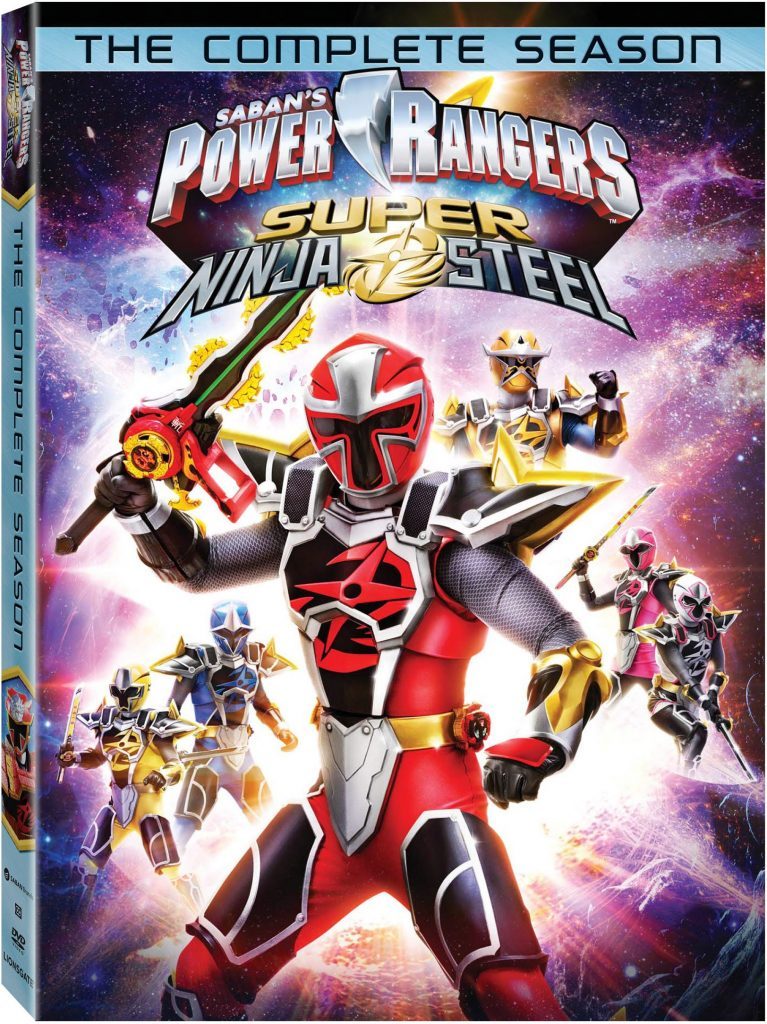