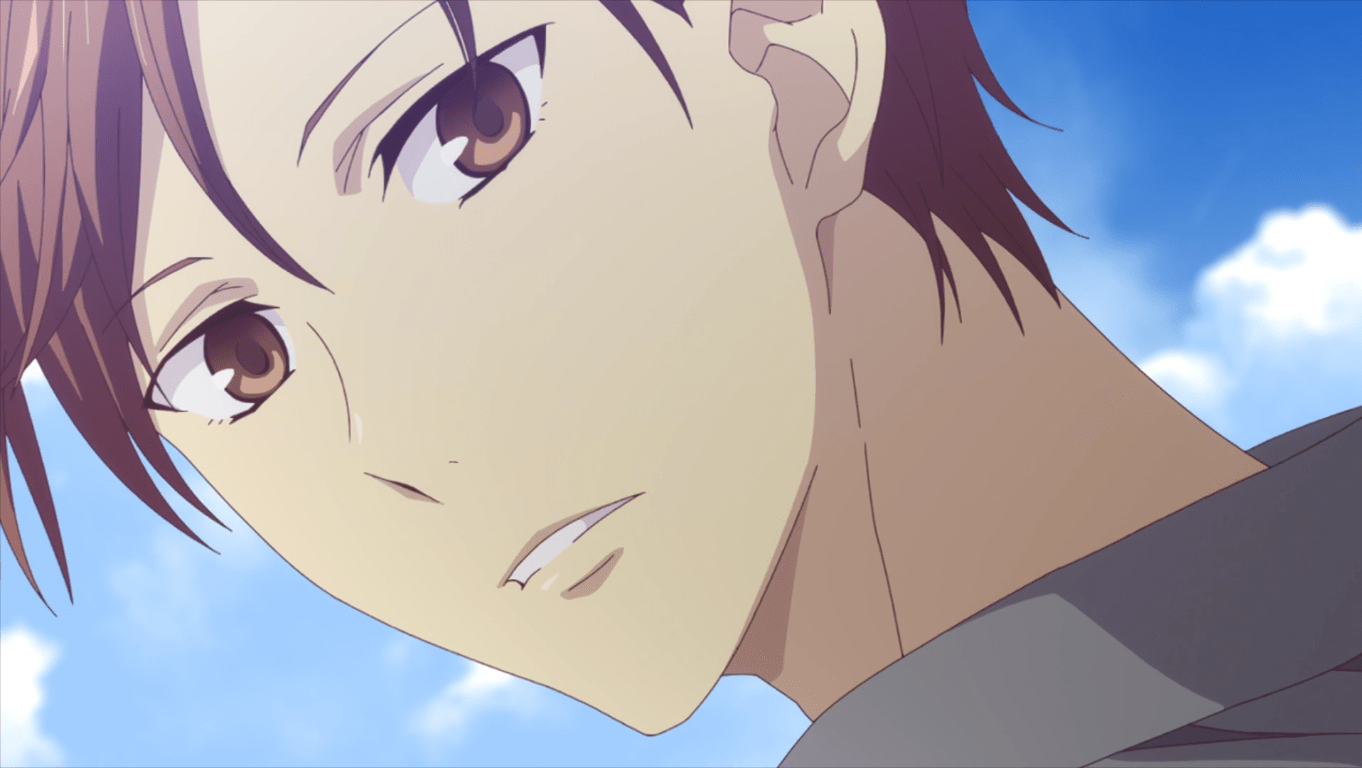 “Wait for me, tororo soba!” is almost quintessential Fruits Basket. It has Yuki and Kyo bickering over Tohru while Momiji slips in there and steals her out from under them, Hatsuharu being… Hatsuharu, and the introduction of a new character with a tragic backstory that will break your heart – and I’m not talking about the guy from the haunted house.

With the introduction of Kureno in “Wait for me, tororo soba!”, the Zodiac is complete. (He is the rooster.) I spent much of the episode wondering if it would be a spoiler to mention that in my review, but luckily it ended with a scene of Kureno returning to Akito, thereby confirming that he is indeed a Soma. (Plus there’s also the fact that he’s in the OP; also, I feel like he just radiates Soma vibes.)

Now, I love Fruits Basket. I became enamored with the series when I started watching season 1, and I only made it a few episodes in before I was hunting down the manga to read ahead. And I love seeing Uotani get meatier storylines because she’s fantastic. But her relationship with Kureno is one of the things that really bothers me about this series. (And it kind of shouldn’t, considering some of my OTPs.)

I mean, I get it. Fruits Basket goes to some incredibly dark places. We’ve already seen hints of the kind of upbringing the Somas had, so you know that virtually the entire family is dealing with massive trauma as a result of being emotionally, physically, and possibly sexually abused. In context, a 9-year age gap in a romantic pairing isn’t that bad, especially when you consider what Kureno’s life has probably been like. 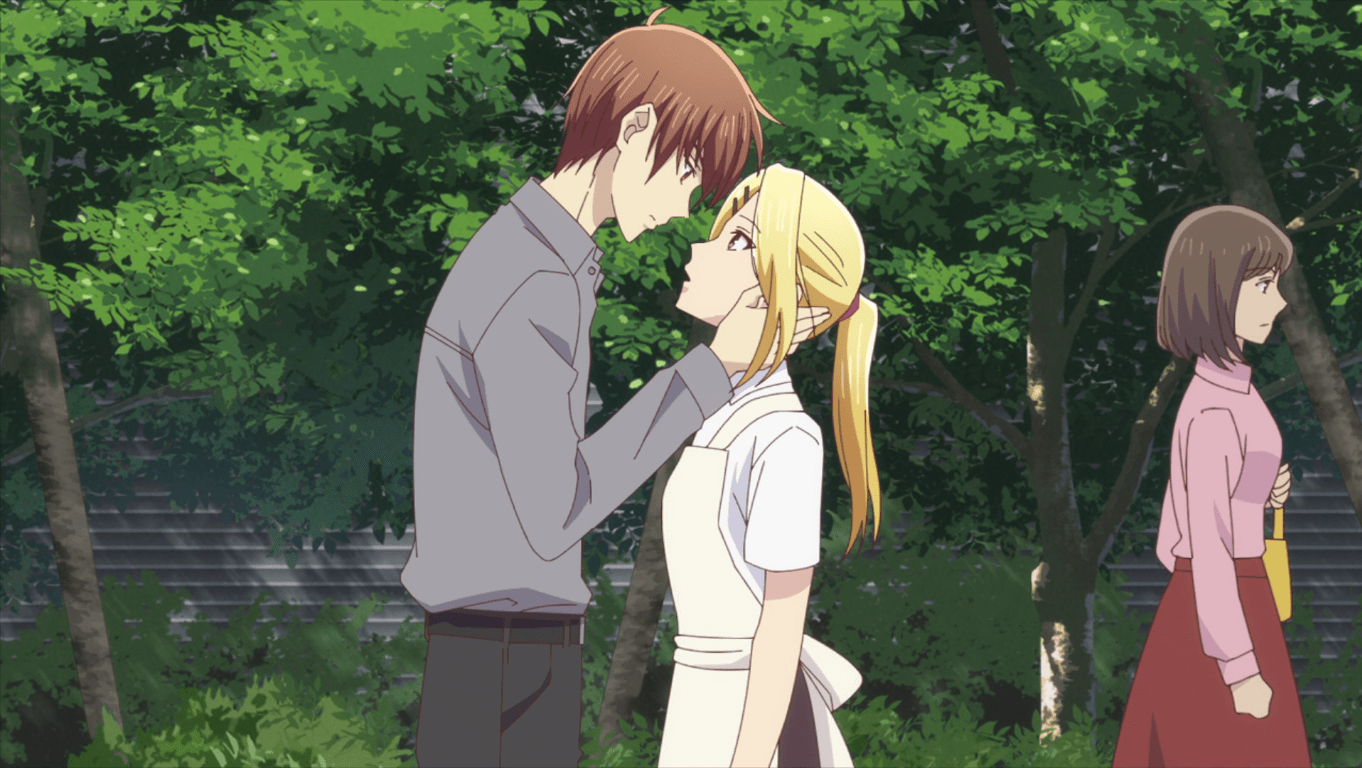 Am I bringing Western sensibilities into a product from a different culture? Probably. Still squicks me out a bit.

I worry that impressionable young women will see this pairing, and how it’s being romanticized, and think that it’s not just a wee bit suspicious for 26-year-old men to pursue 17-year-old girls. But factoring in Kureno’s obviously stunted emotional development (he’d never been in a convenience store!), the power imbalance wouldn’t be quite as bad. At the very least, Uotani questions the legality of it when she learns his age, which is better than just breezing past it without comment.

Also, they have that whole “instalove” shojo manga rom-com trope that bothers me so much in YA books. Give me a good slow burn.

That said, we got to see a lot of different sides to Uotani in “Wait for me, tororo soba!”, and it’s interesting to see her flustered and embarrassed, since she’s usually so sure of herself.

While Uotani is proving that it’s a small world after all, the rest of the crew are venturing into a haunted house at the behest of Momiji, who thought it would be fun. Tohru is determined not to let her fears get the best of her, yet she screams at literally everything, even when she tries closing her eyes. It would have been cool to use this chance to surprise everyone by having Tohru totally fine with the experience, but then it just wouldn’t be Fruits Basket. 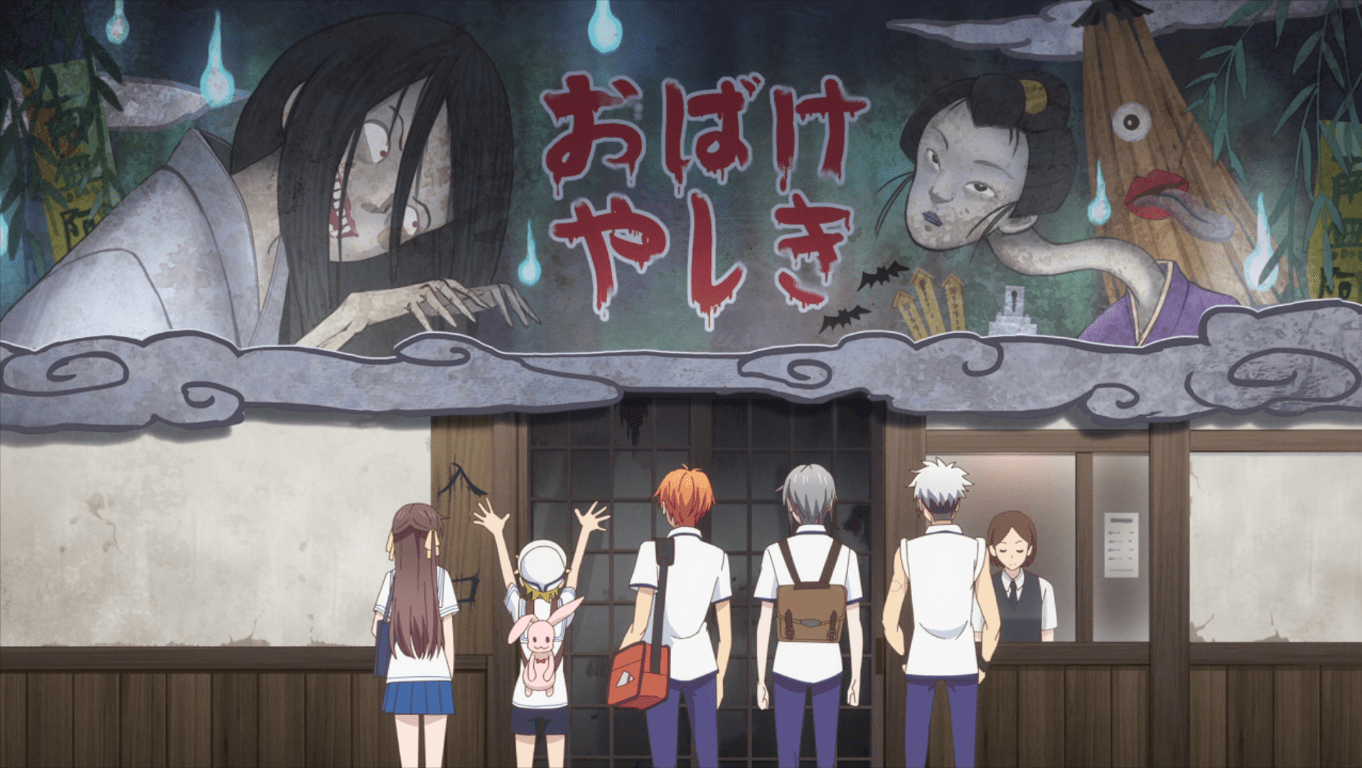 The scenes in the haunted house nicely balance out the heavy emotional tone of the latter half of the episode. It’s good that these were mostly separate stories, because you would have gotten whiplash from the tonal shift.

One has to wonder if there was something a bit autobiographical about Hatsuharu’s story. It’s not like any of the Soma parents are shining examples of proper parenting (except maybe Kisa’s and Hiro’s). But I think the more important takeaway from this is how Haru tries to make Tohru feel at ease; Haru is very protective of the people he cares about, and I love that Tohru seems to now be included in that group.

“Wait for me, tororo soba!” also does a great job of highlighting what’s so amazing about Momiji; he’s incredibly perceptive and tuned into people’s emotional needs. It’s very typical behavior for Yuki and Kyo to get distracted and start fighting, but Momiji just comes along and takes Tohru’s hand. Despite basically being abandoned by his parents, he is one of the more well-adjusted Somas and has a maturity that very few in the family do. (…Maybe Hatori.)

Also, I found the image of him laughing at everything in the haunted house hysterical for some reason.

Have you seen “Wait for me, tororo soba!”? What did you think?