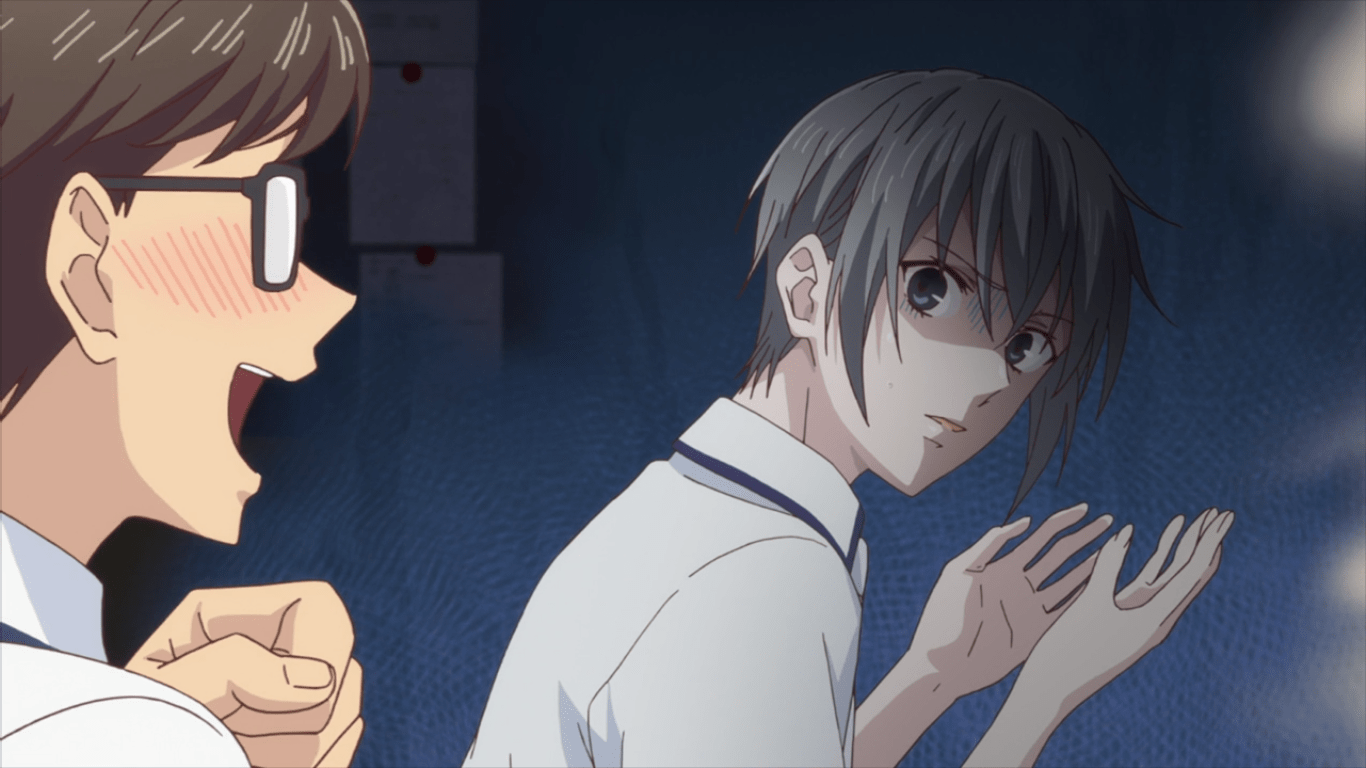 It’s back, y’all! It’s back! The reboot of Fruits Basket was one of my favorite new anime of 2019, and I’ve been ridiculously excited for its return for the past few months. And at last the wait is over. Hello again, Somas!

When the original Fruits Basket aired in 2001, it consisted of only one season, because the manga was still in the process of being written. As such, there was some stuff that was anime only, and many, many manga plotlines that weren’t adapted into anime. That means that almost all of the events of season 2 are being animated for the first time, and fans are most excited to meet the two characters who were introduced in “Hello Again”.

Machi and Kakeru are fan favorite characters that a lot of people have been waiting nearly 20 years to see animated. We got a brief glimpse of them at the end of season 1, but they were officially introduced in this episode, and hoo, boy! We’re in for a real treat with these two. They are extremely important to Yuki’s character development and help flesh him out a bit more.

Some people don’t like Yuki-centric episodes. I understand that Yuki isn’t quite as dynamic of a character as some of the other members of the Zodiac, but I genuinely enjoy him as a character, and I’m very excited to get to watch him grow as a person. You can see how much he has grown since the first episode – he is more open around people – but also he still reacts poorly to taunts like Kyo’s (“lame”) and Kakeru’s (“girly-face”). It will be good to see him interact with more people outside of the family.

Unfortunately, with Yuki-focused episodes usually comes the Prince Yuki Fan Club, and they are just so obnoxious. It’s one of the worst tropes in anime and I cannot stand them (though I did like that episode where they went to Hanajima’s house and met her brother). However, Motoko’s purpose in “Hello Again” is to reflect on how much Yuki has changed rather than serve her own narrative function. 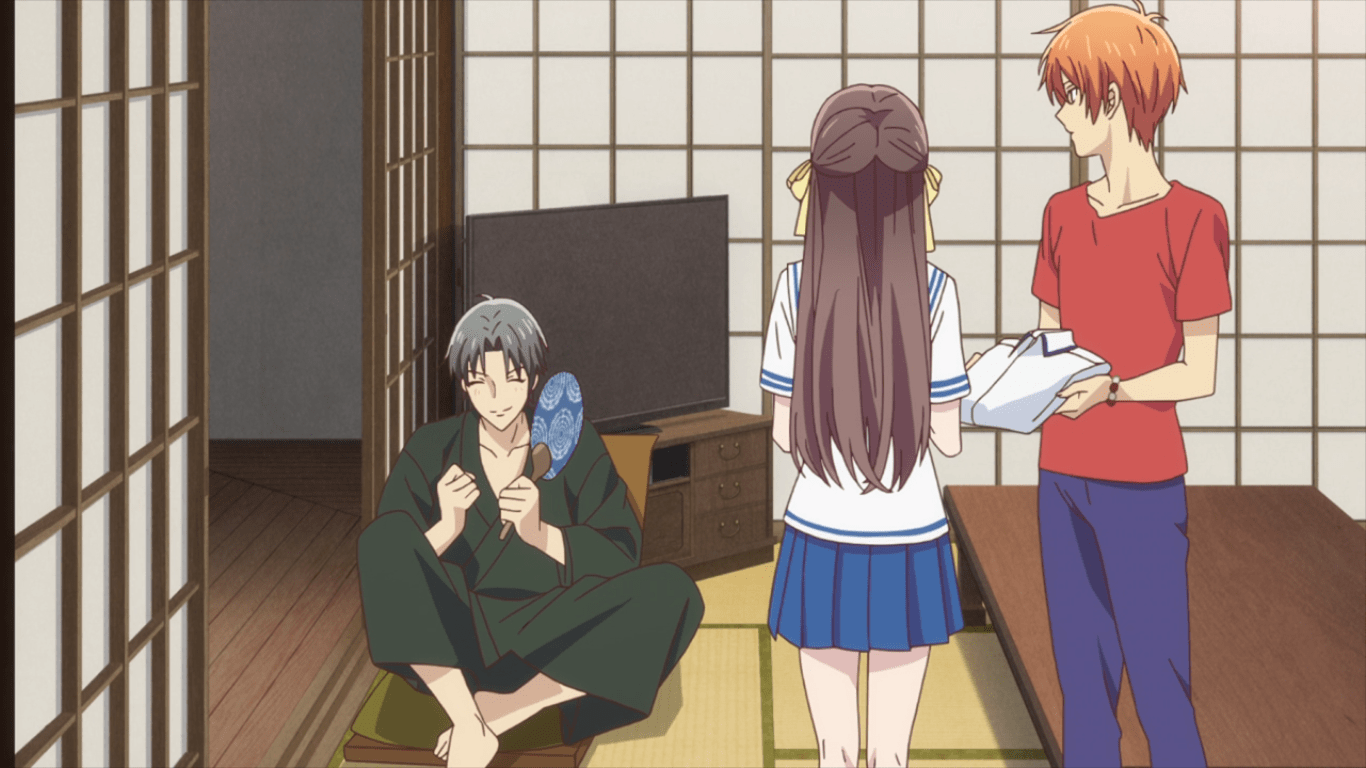 With the focus on Yuki and his new council members and the brief recap of the first season, we didn’t spend a whole lot of time with anyone else in the family, nor did we see Tohru all that much. But what we did get of everyone else was a breath of fresh air after a long hiatus without them.

OK, not really. The scenes at the beginning, with Shigure being disappointed that Kyo and Tohru are taking too long with their romance, were hilarious. And despite having come to terms with Tohru’s apparently feelings for Kyo at the end of season 1, Yuki still can’t resist the opportunity to kick him around.

Kyo and Tohru’s relationships is one of my favorites, and I am extremely eager to get to see it unfold in animated form. The beach arc – which was featured in the new OP – is amazing, and I can’t wait until we get there.

But the happy scene with Tohru and Yuki doing dishes, while he talked about meeting Kakeru and Machi, was intercut with sad tableaus from the rest of the Soma family. Momiji playing the violin alone in the dark, Akito with an as-yet-unidentified gentlemen, and Haru visiting the dark-haired girl we saw briefly last season. One thing I’m very excited about in season 2 is meeting more of (and perhaps the rest of) the Soma family. We only have a few members remaining, after all.

As much as there was going on in Season 1, Season 2 is where the story really starts. After bingeing the manga last year (in the middle of watching the first season – I just couldn’t wait), I am so ready for this.

Have you seen “Hello Again”? What did you think?

Previous:Kevin Feige Reminds Us What We Were Doing One Year Ago…
Next: “Quarter Killer” Graphic Novel Available Today From ComiXology Originals for $0.99!