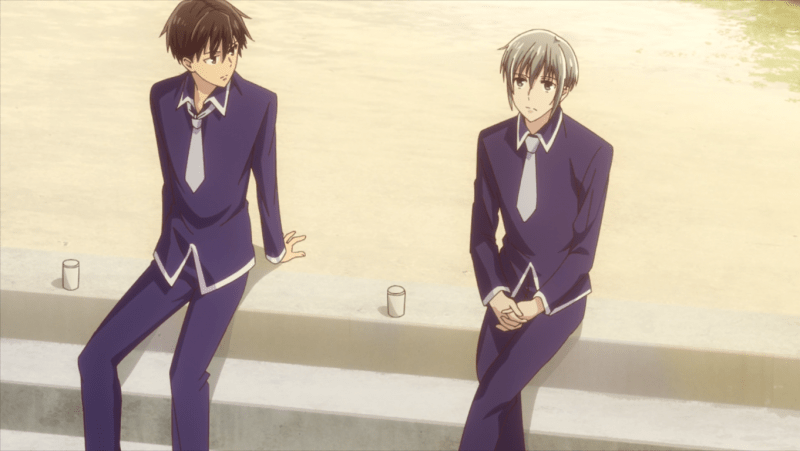 In a series that has as many emotional ups and downs as Fruits Basket, the whiplash that you get as you bounce back and forth between extremes is staggering. One week is happy and fun with lots of laughter and silliness, and the next week, you’ll be angrily sobbing into the crook of your arm as you wish death from above on anyone whoever dared harm your faves. “There Was, Definitely” treats us to the dark corners of Yuki’s childhood and forces you to see earlier moments through an even sadder filter.

“There Was, Definitely” is almost entirely flashback. Despite the flashback happening during a conversation between Yuki and Kakeru, it’s entirely for the benefit of us, the audience, and Yuki as a moment of introspection. None of what happens during the flashback is conveyed out loud, so Kakeru has no idea what Yuki is remembering.

What Yuki is remembering is a bleak, lonely existence almost from the very beginning. Isolated at a young age, sold by his parents and forced to be a constant companion for Akito, who would grow to become controlling and abusive, Yuki did not really know true friendship – or love, or really anything – until Tohru stumbled into the Soma house at the beginning of the series.

We’ve seen that crumpled up hat before, from Tohru in Season 1, and Yuki has been aware for a while that she’s the girl he helped. But it isn’t until this episode that you realize just how much of an impact that had on him, not only while he was growing up, but also now. “There Was, Definitely” shows us that helping Tohru get home was a very formative event for a young Yuki – it gave him a purpose, it gave him hope that he wasn’t useless.

But also remember that at this point in his life, Yuki’s only friends had their memories erased; no one who liked him remembers him, and no one who remembers him liked him. And then, years later, he by chance happens upon the little girl whom he helped all those years ago, and not only does she remember him, but that incident was just as important to her as it was to him. 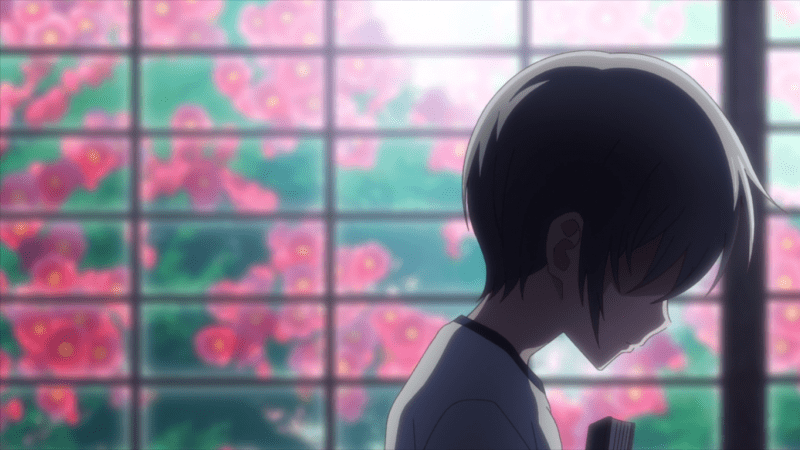 This episode also makes you look back on every previous interaction that Yuki has had with the other characters – particularly Kyo – and see them in a new light. From the beginning of the show, it seemed as though Yuki held nothing but disdain for Kyo, the despised and outcast cat from the Zodiac. But in truth, Yuki has only ever wanted Kyo to like him, and it is Kyo – belittled, demeaned Kyo – who has blamed Yuki for all the wrongs in his life.

What Fruits Basket always does rather well is to showcase the futility and the destruction inherent in a cycle of abuse. Literal children are blamed for things that happened millennia before they were born, events that they had nothing to do with, and are continually persecuted for things over which they have no control. Yuki didn’t ask to be the Rat any more than Kyo asked to be the Cat, yet because of the circumstances of their birth, they are forever pitted against each other by the very people who are supposed to love and protect them.

“There Was, Definitely” also hints that there is something lurking in Akito’s past as well. According to Yuki, Akito was not always so hateful and despotic. Something happened once upon a time that made Akito snap, and it wasn’t just being raised with a literal god complex. (Seriously, growing up having everyone tell you that you are literally god has to have some psychological ramifications.) Whether or not the dark secrets hiding in Akito’s past are enough to justify the constant torrent of abuse afflicted on the other characters remains to be seen, but I’m inclined to think no.

We’re also given a little more insight to the bond between Akito and the rest of the Zodiac. When Yuki meets Akito for the first time, he feels both joy and revulsion, delight and fear. There is a sense that the mystical Zodiac bond can overwrite a person’s own thoughts and behaviors, which is why no one has up and punched Akito’s stupid face, even though Akito really deserves it. But it can also be interpreted as an older Yuki’s cynicism overlapping the younger Yuki’s naivety. Either way, I think that’s a very powerful scene.

Episodes like “There Was, Definitely” are perfect reminders of why Fruits Basket is one of my favorite titles. The nuances in the storytelling, the layers in the overarching plot, all help elevate this from the simple shojo series most people probably expect when they see the artwork or the promos. And trust me, it just keeps getting better. 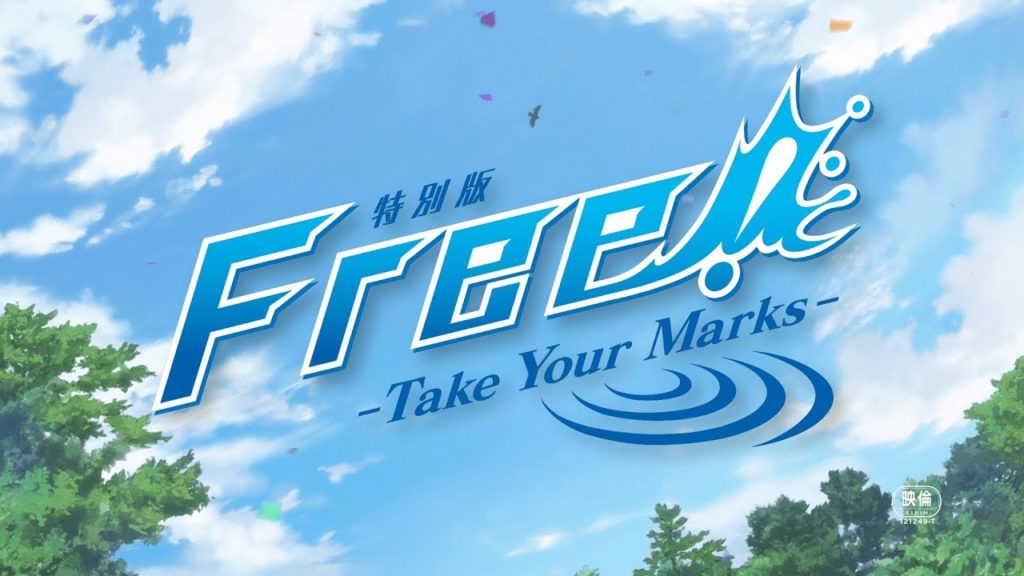