Game of Thrones Season 6 vs. A Song of Ice and Fire: Round Three 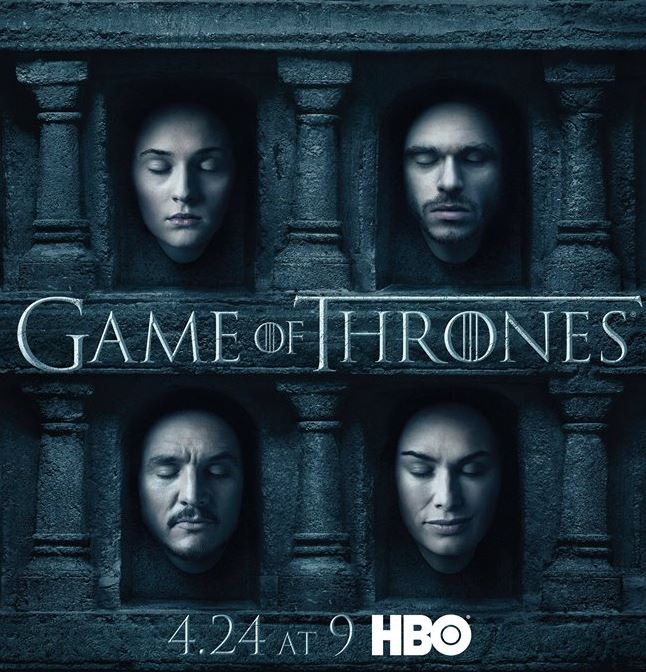 WARNINGS: This article contains spoilers for all published books of George R.R. Martin’s A Song of Ice & Fire series, as well as all Game of Thrones Season 6 episodes. Additionally, there is some speculation about what’s to come in the unaired episodes of Game of Thrones. Please note that you also click all links within this article at your own risk.

I have to admit it: I’m both astounded, excited, and depressed about what happened in the second half of Game of Thrones Season 6. 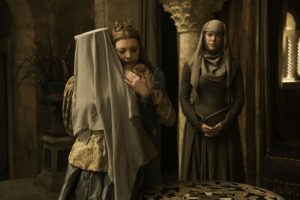 It’s hard to know where to start. In my mid-season comparison, I mentioned that the show was really focusing on the idea that “girls can only be cool if they’re badass”, and while I would love to say that I’m happy with how Game of Thrones Season 6 ended, that’s…not really the case. Yes, there are a lot of women in positions of power – but it almost feels like the producers are trying to shove that down viewers’ throats. “Look at us, we’re not misogynistic! Sansa is manipulating people, Arya is murdering people, Cersei burned her enemies and claimed the Iron Throne, and Daenerys is sailing to Westeros with all the might of her Unsullied, the Dothraki, the Tyrells, the ‘Martells’, and Yara and Theon Greyjoy behind her.

Cersei may have taken away Olenna’s future, but we have to assume that if Game of Thrones is going to last for 12-14 more episodes, she’ll still have some houses behind her. Unlike in the novels, where Sansa is set to take charge of the Vale, with that army in Littlefinger’s clutches and Sansa having refused his offer of marriage, I have to assume that he will quickly defect to the Lannister side. Euron Trump is apparently building a bunch of ships, and we know he wants his niece and nephew dead, so why wouldn’t he throw in with the Lannisters? As for House Tarly, they’re a wild card, but I can’t imagine that they would have been directly introduced in Game of Thrones Season 6 if they weren’t meant to be important in the future.

Of course, Gendry is still AWOL and Brienne and Podrick were last seen in episode eight, rowing away from Riverrun. Needless to say, it’s hard to have a good feeling about characters who disappear in rowboats.

Some characters are safe, though – at least for the time being. Sam, Gilly, and little Sam are apparently in the Oldtown Citadel for a while; Melisandre has been banished from the North but is riding south (is it too predictable for her to end up with the Brotherhood Without Banners? Probably not in the GoT-verse); and hey, Davos is still alive and wonderful. Can he just adopt all of the fatherless children everywhere ever? 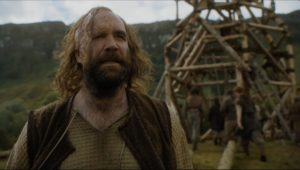 Meanwhile, harkening back to episode eight, it also had a lot of book fans believing that #CleganeBowl was confirmed – Sandor was back, in a setting similar enough to the Quiet Isle, and of course Gregor was already a member of the Kingsguard. Unfortunately, Tommen outlawed trial by combat and then some rogue Brotherhood Without Banners members (well, presumably rogue BWB, anyway) murdered everyone in Sandor’s little commune. Now he appears to have joined forces with Beric Dondarrion and Thoros of Myr, and while we know his undead older brother is still in King’s Landing, it’s unclear whether Sandor will go north or south. All I know is that a lot of fans will be upset if we don’t get *some* version of #Cleganebowl (and I’m included in that number).

In regards to the North…wow, what a mess. Jon Snow was dead, now he isn’t, and wow is his plot armor thick. Is he already Azor Ahai, or is there another sacrifice he’ll have to make to fully take on that mantle? I suppose there’s always the chance that he’ll be The Prince Who Was Promised, but after the Game of Thrones season 6 finale it’s pretty clear that Dany is in a better place to take on that role. 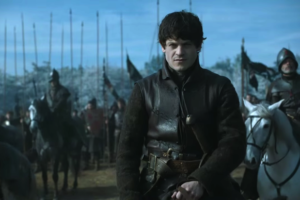 Regardless, I’m very torn about the Battle of the Bastards and Ramsay’s death. Don’t get me wrong, I’m glad he’s gone (I’m not sure I could take much more of his awful simpering face), but the fact that a huge portion of the wildlings and House Mormont’s men sacrificed themselves because of Jon Snow’s anger and Sansa’s secrets is maddening. I was honestly shocked that Lyanna Mormont backed Jon Snow, naming him King in the North. At first I assumed that this was just Benioff and Weiss denying Sansa’s right to be Queen in the North, but after re-watching the episode it seemed pretty clear that she likely conspired with Lyanna Mormont to back Jon. After all, what other choice did she have if she wanted to get out of Littlefinger’s clutches?

Now, that’s #notmysansa, but this *is* Game of Thrones, not ASOIAF, and I’m very much in a “it is what it is and it’s mostly bad” mode. I don’t really see how this will work out okay in the end; Arya and Bran are still alive, after all, and they made it very clear with those Tower of Joy weirwood ‘net scenes that Jon Snow is a Stark on the female side only. How long will all of these lords and ladies completely ignore primogeniture?

But hey, whatever, right? Because Lyanna Mormont was badass, at the moment Sansa is safe, and the Northern Houses are backing Jon Snow. Not that I think they’ll join the fight for the southern kingdoms anytime soon – my prediction is that they’ll be forced to fight the REAL threat while everyone else is squabbling over the Iron Throne.

When it comes to the other Starks, I’m at a loss. Game of Thrones Season 6 made Arya and Bran out to be complete wild cards, with Arya serving those infamous Frey pies that the Manderlys delivered in the books, and Bran still north of the Wall. Thanks to Uncle Benjen “Coldhands” (ugh), he may be on the other side of it soon, but that all depends on how much he insists on being the Three-Eyed Raven. 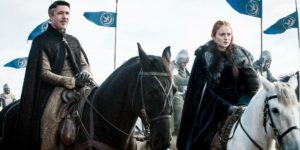 One thing that I have to mention is how damn fast everyone was traveling this season. Either Littlefinger is lending out that TARDIS to a whole lot of people, or several characters have one of their own – Olenna Tyrell, Varys, Arya, and Jaime among them. I completely understand the show having to shorten travel times, but I feel like it’s been getting more and more ridiculous with every season. Will the last one or two seasons feature even more fast travel than Game of Thrones season 6? I mean, I hope not, but one never knows.

While I don’t believe that book readers have been completely spoiled by Game of Thrones season 6, if The Winds of Winter isn’t released before next season I feel like there will be a lot of stuff for us to swallow. Or not, if you’re a book reader who has experienced their breaking point already (and if that’s the case, wow I don’t blame you).

Who do you think will form alliances next season? Where will Arya go next? Will we get any version of #Cleganebowl? Let us know in the comments!