Tom Felton Headed to Central City and “The Flash”

When The Flash returns to TV screens this October, it will feature a new – but familiar – face. Tom Felton is joining the cast for season 3. 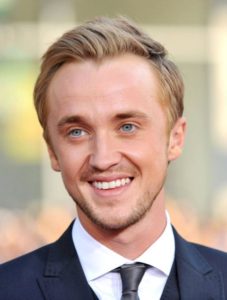 Felton has appeared in a variety of projects – such as Labyrinth, Murder in the First, Rise of the Planet of the Apes, and the upcoming Stratton (alongside Geekiary fave Tyler Hoechlin) – but his most famous role is undoubtedly that of Draco Malfoy in all eight Harry Potter films.

According to TVLine, Felton has been cast as Julian Dorn, a CSI who works in the Central City Police Department alongside Barry Allen (Grant Gustin) and suspects that there is more to Barry than meets the eye. In April, Felton said during an interview that he enjoys the “darker side of characters” and playing someone different than he, so we might see him react a little differently to the knowledge of Barry’s alter ego than others on the show have.

No specific episode number was given, but it is assumed that he will make his debut early in season 3. TVLine refers to him as a regular, so you can expect to see quite a bit of him.

Season 2 of The Flash ended with a possibly timeline-altering event. As has long been his goal, Barry was able to successfully travel back in time in order to rescue his mother from being murdered by Reverse Flash. Grant Gustin has confirmed that the main story arc of season 3 will be Flashpoint, indicating that saving his mother caused the timeline to restructure itself, creating an alternate reality.

Gustin tweeted that the show version of Flashpoint will be “its own thing”, so there is no way of knowing what, if any, role Felton’s character will have in the upcoming Flashpoint storyline. Only time will tell if we can expect to see him pop up in the massive four-series DC crossover extravaganza tentatively slated for this December.

What do you guys think of this news? Are you excited to see Tom Felton on The Flash? Let us know!