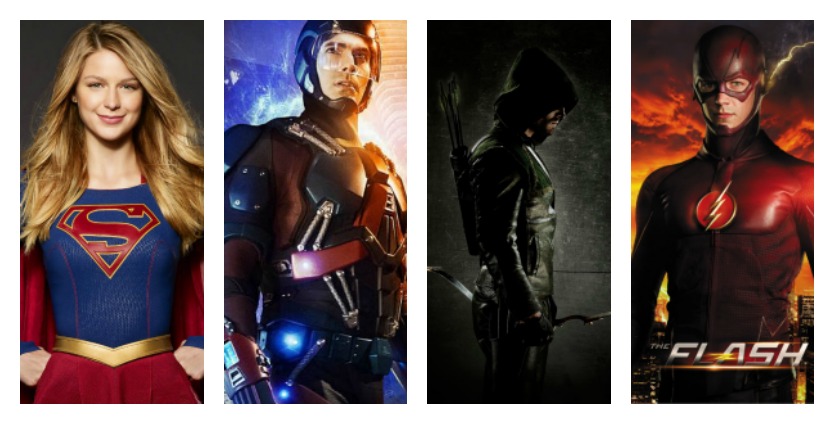 The CW is experiencing a superhero takeover, and with all those superheroes comes the inevitable high octane crossover episode.

While Netflix currently seems to hold all of the Marvel television series, DC TV has seemingly made its headquarters on the CW. Among its popular shows are iZombie, The Flash, The 100, Supernatural, and Arrow. The CW also recently picked up the second season of Supergirl from CBS after ratings began to slip. Supergirl has officially begun shooting in Vancouver. Formerly, Supergirl was filmed in Los Angeles, but moving it to the CW changed the logistics and allowed for a lower budget. From the looks of it, it’s not an entirely unwise decision. Most of the CW shows are shot in Canada (The 100 and iZombie, for example) and with the shooting so close together, we’ve been promised a crossover!

It’s not just any crossover, though. In late March, Supergirl and The Flash had a crossover episode as a collaboration between the CW and CBS. Although CBS didn’t keep the show, its movement to Vancouver and closer proximity to the other DC shows has confirmed a four series episode crossover. That’s right, folks. We’ll get to see Barry Allen, Kara Danvers, Oliver Queen, and the DC Legends all in one exciting episode. While the crossover is currently only confirmed for one episode, if the ratings do well, the producers may consider doing similar episodes. Although the four-series episode has not been titled, the CW’s Mark Pedowitz couldn’t help but to tease just a little bit: “Just imagine what our superhero crossover episode is going to look like come December.”

A trailer for the Superheroes of the CW has been released on youtube and you can view it right here.

With no plot confirmed, and many months to go before Supergirl airs in the fall, we have 22 episodes of the show confirmed for the CW. Supergirl will air at 8 EST/9 CT on Fridays but an actual premiere date has not been set.