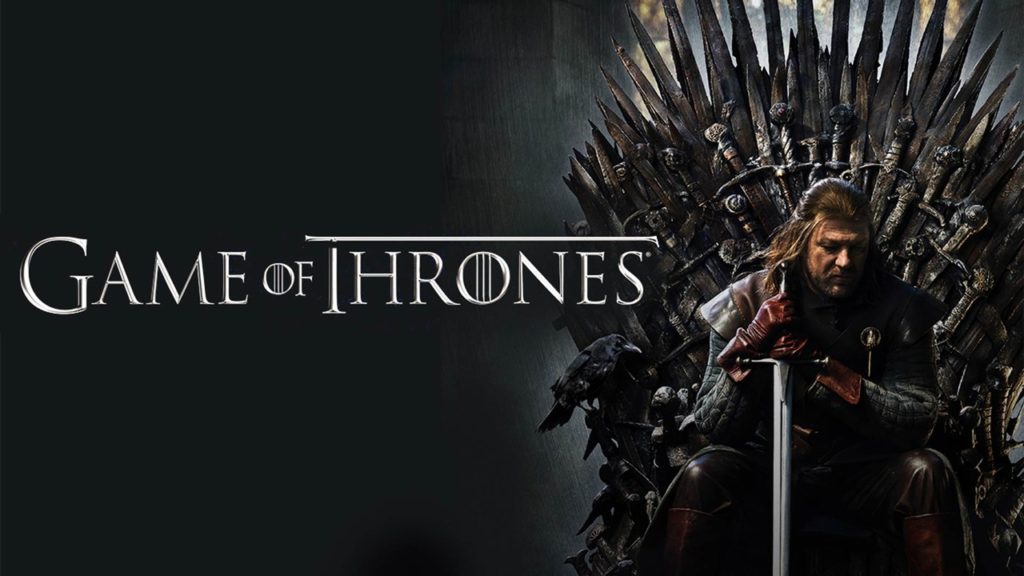 I’ve been lucky enough to take part in many Game of Thrones panels at Dragon Con throughout the years – every year since 2012, in fact – but this year, the new High Fantasy track really went above and beyond with their Song of Ice and Fire/Game of Thrones offerings, including an awesome panel called “Game of Toxic Masculinity”.

“Game of Toxic Masculinity” might have focused on a potentially sensitive topic – toxic masculinity in both A Song of Ice and Fire and Game of Thrones – but it led to some really great discussion…discussion that made me realize yet again how amazing fans of this series can be when topics like this one are dealt with in person rather than from behind a computer.

That said, I have to really lay down some praise for the High Fantasy track director Jennifer Liang, for our moderator Billy, and for the volunteers who ran around the room handing mics to those in the audience who wanted to participate. Every panel I participated in with this track was impeccably run, and from Jennifer choosing this particular topic to Billy laying down the rules to the Dragon Con attendees who raised their hands and gave their input, “Game of Toxic Masculinity” was one of the best panels I’ve ever had the pleasure of speaking on. 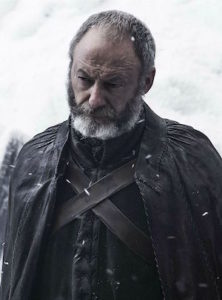 We began by discussing the difference between benign and toxic masculinity and mentioning some characters who leaned toward the former – namely Ned Stark, Doran Martell, and Davos Seaworth. Because while these men may exhibit masculine characteristics, they also don’t tend to discount people in their lives based on those people’s sex. Doran pushes Arianne to learn so that she can someday rule; Ned hires Syrio to teach Arya the sword; Davos – in the words of our moderator “might be incorrect, but he’s never wrong”. Or if you want me to put it simply for you: “Davos is just so good, y’all.”

In stark contrast to these characters are men like Randyll Tarly, who ships Sam off to the Wall because he’s too ‘soft’ and therefore not good enough to be the Tarly heir, and Tywin, who, according to track director Jennifer, inspired this particular panel. And from my perspective, while it’s certainly easy to get into toxic masculinity and how it effects the male characters and how it makes them act, what makes it truly toxic is how it spills over onto others, particularly the female characters. Take Cersei for instance – everything she is, is due to toxic masculinity in her world. She is the way she is because of the way Tywin raised her, and Jennifer is absolutely right about the fact that Tywin is one of the best examples of toxic masculinity in ASOIAF/GoT.

But while he might be one of the best examples, Tywin certainly isn’t the only one. Robert Baratheon tries his best to win the title of King of Toxic Masculinity, and Joffrey is in fact proof of Robert’s toxic masculinity. Don’t get me wrong – Joffrey would have had issues even if he had been raised only by Cersei (but again, that would have been due to the fact that she follows her father’s ideas of toxic masculinity). However, he did hear his father say that Bran Stark should be killed off to ‘end his suffering’ (I’m paraphrasing here), and because of that he sent the catspaw to kill Bran. The problem is that he perceived Robert to be his father but never really connected with him, which is explained away by the fact that Robert got bored with children. He liked them when they were babies – he enjoyed playing with them and cozying up to them – but when they started being people, talking and walking, he wanted nothing to do with them.

As Billy said, Joffrey was a great example of toxic masculinity because he was an amalgam – a Frankenstein’s monster, if you will. He was created by other characters: heavily influenced by Tywin, Cersei, and Robert. As Jennifer pointed out, he was always trying to impress his father – he wanted to be the type of king that he assumed Robert was. But he didn’t really know Robert, and he also didn’t know that Robert was bad at his job – he had a picture in his head about what a king should be like, what a powerful man should be like, and that picture featured Tywin and Robert. So Joffrey was trying to be like these men, but he was also unhinged, so in the end he was never meant to succeed.

Eventually we had to move on to other cultures, and the Dothraki were the first one that came to mind. The only detailed example of Dothraki men that we were given was Khal Drogo, who was basically awesome at being Dothraki. He had the most horses, his braid had never been cut, he gained a Targaryen bride and was supposed to be the father of the stallion who mounts the world. On the other hand, as we saw how great Khal Drogo was at being a Dothraki man, we also had Viserys as a counter example at the same time. Viserys thought he was special when he was allowed to ride in a cart, when really they thought he was useless for not wanting to/being able to ride a horse. But in the end Khal Drogo himself was a counter example, which made him an overall perfect picture of toxic masculinity in Dothraki culture. Sure, he was great at being a Dothraki man, but the moment he got injured and couldn’t ride a horse, his bloodriders wanted to kill him. That’s what Dothraki do, after all – at the first sign of weakness, they cut off that ‘limb’, and in this case Khal Drogo was that limb. (Dany just happened to speed up the process for them.) 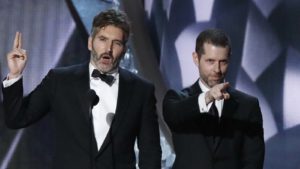 While there is more than enough to discuss regarding general toxic masculinity in Game of Thrones, one thing I really wanted to touch on was how Benioff and Weiss’s own toxic masculinity affects the show as a whole. I’ll be honest, I was on the edge of my seat waiting to talk about this for nearly the first half of the panel. As Billy said, there is a difference between George R.R. Martin’s approach to Westeros and that of D&D. The show has been heavily criticized in some corners, and, well, I am one of those corners.

The thing is, it’s not just the characters who are impacted by the toxic masculinity – the readers and the viewers are, as well. The way D&D write the show, their own toxic masculinity leads to these beloved characters, who were so well-written by Marten, being portrayed in a completely sophomoric light. There are two absolutely perfect examples of this – one female character and one male character. The male example is of course Loras Tyrell, who in the books has a showy element to him, but not nearly as much as Renly does. In the show they insisted on putting all of that onto Loras because he was apparently (in the show runners’ minds) the titular gay character. Which meant he had to be, I don’t know, super gay.

On top of that, in the novels he lost the love of his life – he joined the Kingsguard because “once the sun has set, no candle can replace it” – whereas in the show, Renly dies and Loras almost immediately jumps into bed with some random guy. He’s his own ruin, and the ruin of his sister, because of that. The toxic masculinity in this respect is that apparently Benioff and Weiss couldn’t (can’t) imagine a world in which a gay man would be so in love with another man that he would essentially become a monk when that lover died.

Our moderator Billy asked me how much of that I thought was done because they felt it was necessary for plot purposes with the faith militant, but honestly, I absolutely do not see any reason why Loras had to be imprisoned. They could have told that story without him being part of it. It’s told in the books without him being part of it – in the novels, it’s all orchestrated by Cersei acting like, well, an idiot. In the show, Benioff and Weiss chose to turn it into a situation where Loras became part of it because he was gay, and in the end, the Faith being homophobic had nothing to do with anything, anyway.

The other character I had to bring up in regards to how D&D’s own toxic masculinity affected the story line as a whole was Brienne of Tarth. In the books, she is a very good fighter, but she’s also never killed anyone. In fact, she doesn’t kill anyone until halfway (perhaps more?) through Feast for Crows…compared to in the show, where she’s swinging her sword and murdering people fairly soon after we meet her. The problem is, D&D can’t differentiate between a woman who can be a woman but also be badass, and a woman who is just a man in a woman’s body. It’s lazy writing, and it takes away from the idea that there can be layers to female characters, that a woman doesn’t have to JUST be badass or JUST be super feminine. They clearly don’t believe or understand that there is a middle ground, and while Brienne might be the best example of that, she’s certainly not the only one – but if I kept giving examples of Benioff and Weiss’s toxic masculinity and how it has negatively affected the show, this panel report would be way more than two parts.

So this feels like a good place to wrap up part one of my “Game of Toxic Masculinity” panel report, but stay tuned for part two, which features discussion about the ruin of Dorne, eunuchs, and more!