Pre-orders for the George R.R. Martin boxes began today, with prices starting at $75 for the Special Edition Box. The mid-level Limited Edition option is $200, or you can shovel out $600 for the Ultra Limited Edition. 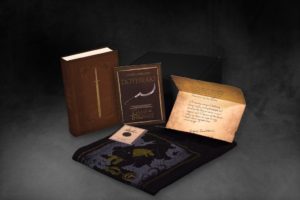 All three versions of the George R.R. Martin boxes include an exclusive HBO Game of Thrones t-shirt and copy of Robert Baratheon’s will from the show, as well as a Living Language course in Dothraki and a couple of other cool additions.

However, there are some really awesome items that you’ll only get if you splurge on the Ultra Limited version, including a leatherbound illustrated 20th anniversary copy of A Game of Thrones signed by Martin and a velvet-lined fire-torched wooden box with the GRRM insignia on it. 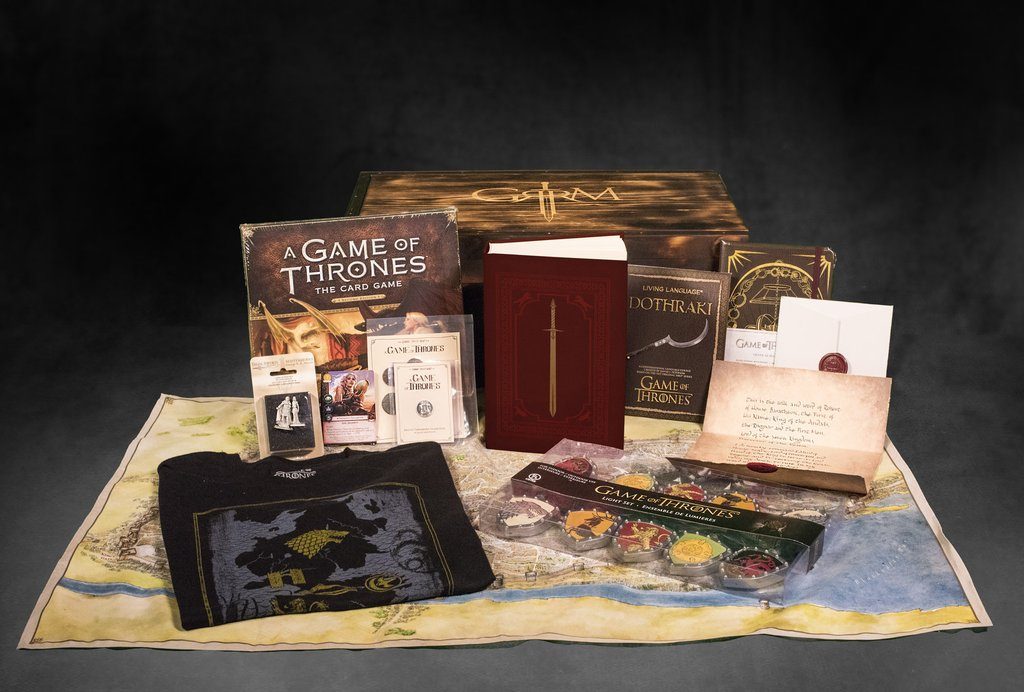 While there is a special website created for the George R.R. Martin boxes and you can find all of the details there, Random House is also airing a live unboxing tomorrow at 1 PM Eastern on their Facebook page. The unboxing is going to be hosted by Jason Concepcion from The Ringers, so if you want to get a better picture of what you’re ordering, definitely check it out!

Sadly, the boxes won’t be shipping until December, but hey, at least that’s just in time for the holidays! Any one of the three editions would be a great gift for someone who loves A Song of Ice and Fire and Game of Thrones, but if you’re interested in getting one – especially if you want the Ultra Limited Edition, which they’re only making 200 of – I definitely suggest pre-ordering soon.

What do you think about the George R.R. Martin boxes? Can you believe it’s been twenty years since A Game of Thrones was published?