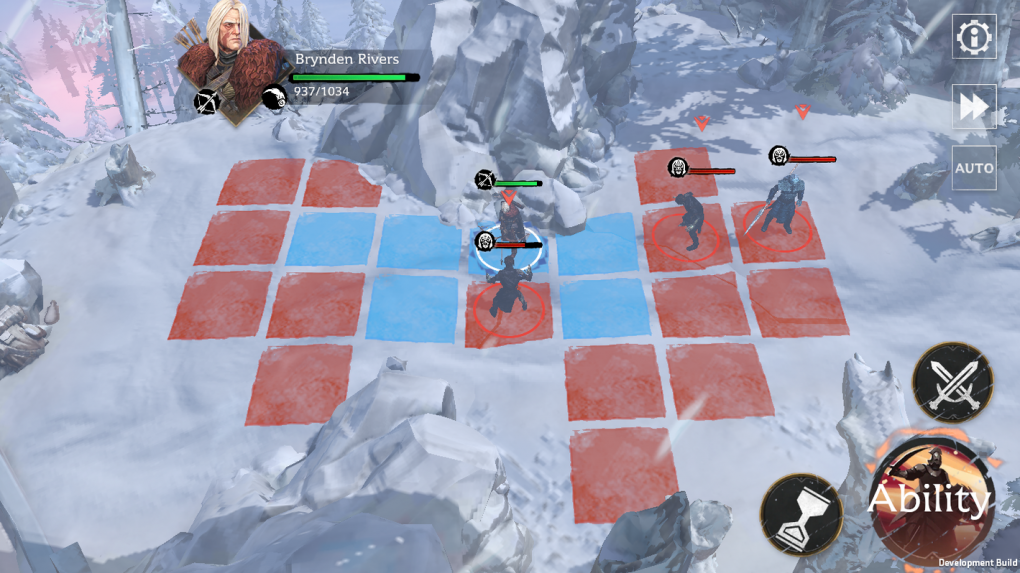 Game of Thrones Beyond the Wall Game for Mobile (Image: PR)

Behaviour Interactive, GAEA, and HBO have officially announced Game of Thrones Beyond the Wall, a new mobile collectible strategy RPG game based on the popular TV show. The game is planned for release in 2019 on the Google Play and the App Store. Pre-registration is currently available.

In Game of Thrones Beyond the Wall, players command a castle of the Night’s Watch to defend Westeros and recruit unique characters from around the Seven Kingdoms and beyond.

For those wondering when this game takes place in the GoT timeline, the title’s “original narrative is set a few decades before the timeline of the TV series, just after Lord Commander Brynden Rivers (also known as Bloodraven and eventually as the Three-Eyed Raven), disappeared while ranging beyond the Wall.”

Players will “also find an in-game interface that uses the mysterious powers of the Weirwood Trees to move through history and visit key moments in time.”

The time-traveling aspect allows players to “collect different costumed versions of Jon Snow, Daenerys Targaryen, Jaime Lannister, Melisandre and Tormund Giantsbane across various game events and then use the characters in many gameplay modes, including combat – a first for a game in this genre.”

“We have been fans of Game of Thrones since the beginning and are incredibly excited to deliver the epic scope of that world into the palm of player’s hands as an innovative strategy game,” said Wayne Meazza, Executive Vice President, Behaviour Interactive.

“From the beginning, we knew we wanted to bring something unique to Game of Thrones fans,” shared Justin Jones, Creative Director, Behaviour Interactive. “We believe we’ve designed an experience that blends an original narrative, robust collection strategy and deep squad combat into a next-generation AAA game on mobile.”

“Now that the full televised story of Game Of Thrones is complete, we are excited to launch a new gaming experience which will offer fans a deeper interaction with their favorite show. Game Of Thrones Beyond the Wall will tell new stories, revisit old ones and expand the fan experience for anyone who’s not yet ready to leave Westeros behind,” said Jeff Peters, VP of Licensing & Retail, HBO.

“Here at GAEA, you can’t bring up Game of Thrones without triggering an exciting and sometimes intense discussion,” said Yann Wang, CEO, GAEA. “The development of Game of Thrones Beyond the Wall has been a challenging endeavor fueled by great passion from everyone involved. Using state-of-the-art technologies, we are very excited to bring to fans and gamers, this game adaptation of what may be the most popular show around the world.”

Are you a Game of Thrones fan? Let us know.