Save Me from the Good Omens Casting Announcement 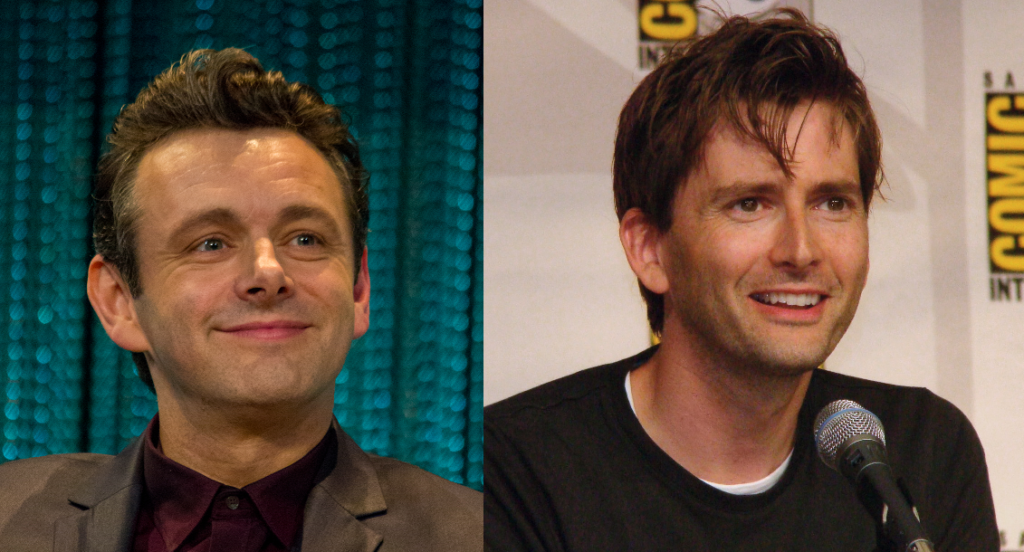 Good Omens is always and ineffably one of my favorite books. It was my exposure to both Terry Pratchett and Neil Gaiman, who remain two of my favorite authors (RIP Sir Terry). When I heard it was getting a proper onscreen adaptation, I was thrilled and filled with that crazy little thing called love.

Now I’m here, looking at Variety’s announcement at the casting of Crowley and Aziraphale: David Tennant and Michael Sheen, respectively. Every dream casting I’ve ever had for those two characters never included a white man. Don’t stop me now: Richard Ayoade & Naveen Andrews; Sendhil Ramamurthy & Idris Elba; John Boyega & Maz Jobrani. Heck, give some of my fellow fat bottomed girls a chance at the roles– after all, angels are sexless unless they really want to make an effort. 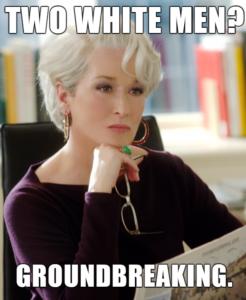 Sometimes I feel adrift on the seven seas of Rhye, caring so much about media representation. I can’t help but feel a flash of frustration at Neil Gaiman himself. He was so adamant about casting a mixed-race actor for Shadow in American Gods, which is of course canon to the book. But Shadow’s character has a “reason” to be of color– to obfuscate his true parentage. By casting an angel and a demon as two white men in Good Omens, we have regressed back to this idea of white as the default, when it’s anything but. If we are going for “accuracy,” the actors should be of Middle Eastern descent! As it is, I would have felt like I had somebody to love if at least Aziraphale was a man of color (if one is going to be white, it should probably be the demon).

I have nothing against David Tennant or Michael Sheen. I’m sure they’ll do just fine as the main characters of Good Omens, the killer queen and the good old-fashioned lover boy, as they play the game of living on Earth, raising (slash misplacing) the Antichrist. But I’m bored. No matter who else is cast in the adaptation– and I surely hope it’s few to no other white people– the face of the story is Aziraphale and Crowley. Tennant and Sheen could have just as easily played Shadwell, or one of the Horsemen.

If the adaptation ends up casting predominantly white people otherwise? Another one bites the dust for me, I guess. No matter if you’re my best friend, I care too much about diverse representation to support another professional bicycle race-looking cast. We are the champions of outreach, however– maybe we should politely reach out to Amazon and let them know how we feel about this. Tell them we will rock your ratings unless you broaden your casting horizons.

Previous:“Super Phantom Cat 2” Will Launch August 17 on iOS
Next: Boruto: Naruto Next Generations 1×20 Review – The Boy With The Sharingan