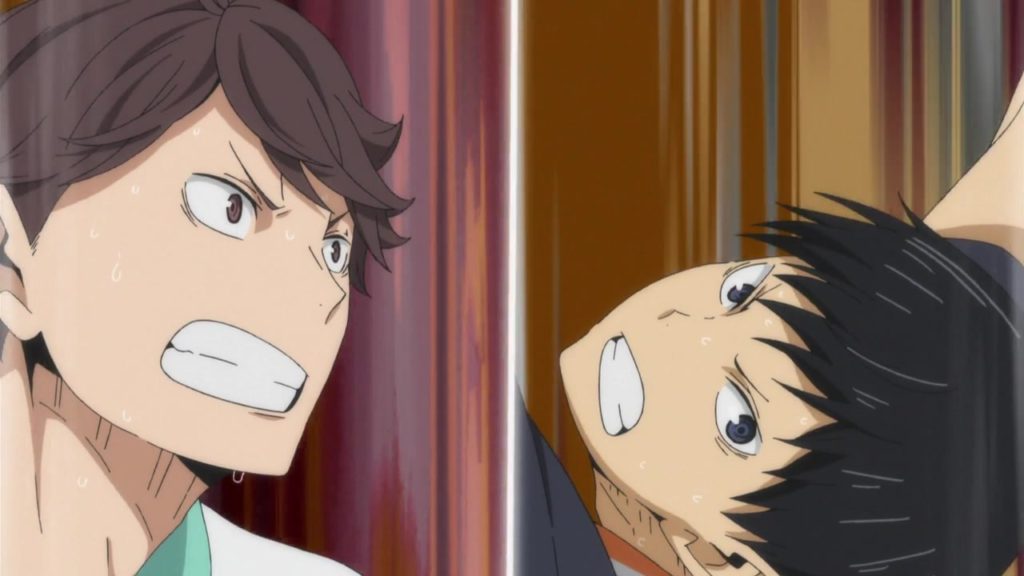 We’re still waiting for news on season 4, but at least we know that the Haikyuu compilation films will be released in Japan this September. And they’ll feature some new material!

Earlier this week, the 27th issue of Weekly Shonen Jump magazine revealed that Haikyu!! Sainō to Sense (Genius and Sense), the first of two compilation films for the popular anime adaptation of Haruichi Furudate’s volleyball manga, will open in Japan on September 14. It will focus on Karasuno High School’s match against Aobajōsai in the second season. I’d originally reported that the movie would focus on the match in the first season, which it turns out is incorrect. 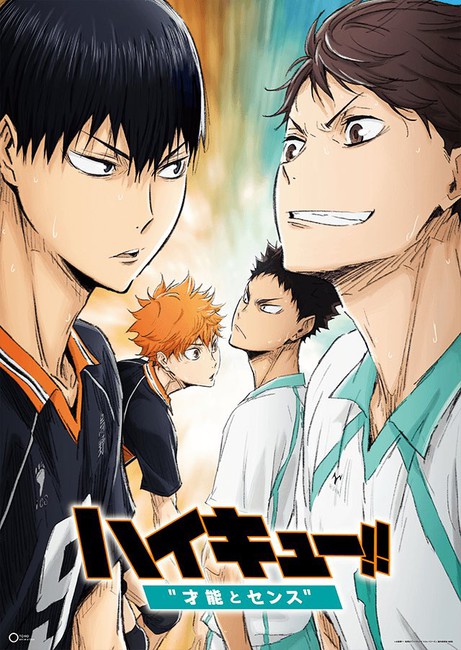 The first film will also feature brand new scenes featuring Seijou’s team and the aftermath of their match with Karasuno, which was originally presented as a bonus chapter in Volume 17 of the manga. For someone who has Oikawa as her lock screen, I’m very much looking forward to seeing this chapter animated and getting more of my alien trash baby.

The second Haikyuu compilation film, Haikyu!! Concept no Tatakai (Battle of Concepts), opens on September 29 and focuses on the championship match between Karasuno and Shiratorizawa that comprised the entirety of the anime’s third season.

Each film will have a limited two-week run in theaters in Japan.

With the films being released in September, it seems even less likely that we’ll see a season 4 this year. Right now the manga is approximately seventy chapters ahead of where the anime left off, and each episode covers about three to four chapters, which means there is enough manga material for another twenty episodes at least. But there is still some debate among fans as to how they’ll divide up the season and what they’ll include. For example, do you have shorter seasons that focus on a singular arc – like the training camp arcs for Kageyama and Hinata/Tsukishima – or do you return to the 25-episode seasons? Will the Tokyo qualifier matches get their due in the anime, or will we have to settle for an OVA or two on the DVDs?

Personally, I’m in favor of shorter seasons if that means we have less of a hiatus between them. I’d hate for the anime to catch up with the manga and then have to wait years for new episodes.

What do you guys think? Are you excited about the bonus chapters in the new compilation films? I’m always a big fan of new(ish) material!

Previous:“Boruto: Naruto Next Generations” Chapter 13 Review: The Value of a Trump Card