“Boruto: Naruto Next Generations” Chapter 13 Review: The Value of a Trump Card 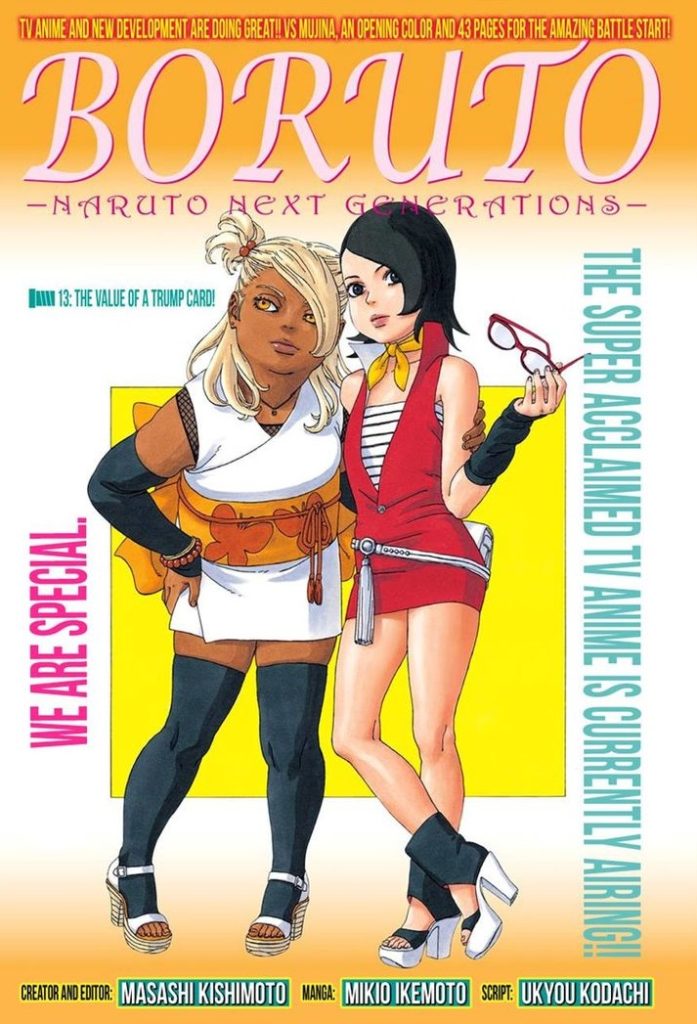 Boruto: Naruto Next Generations Manga Chapter 13 revealed the identity of the current antagonist. But it was still boring!

“The Value of a Trump Card” was all about setting the stage for the final confrontation. In Chapter 13 we saw Boruto getting to know that Tentou had been kidnapped. And of course, Boruto went ahead to save him without getting anyone involved. He should’ve at least taken Salad and Mitsuki along.

However, there is a chance that Salad and Mitsuki do end up following Boruto. Perhaps the new Rank B mission the team got links to the Mujina and they somehow end up helping Boruto that way? Let’s see.

The thing I liked about the issue was Tentou’s act of bravery. He knew he couldn’t defeat Shojoji. Tentou decided to take his own life so his father wouldn’t be blackmailed. He might not be a ninja but that little kid has got guts even if his attempt was unsuccessful.

We also got to know how Shojoji’s jutsu worked. The forbidden technique is able to give the user the memories, abilities, appearance, and the life of the victim. But one has to eat the victim’s brain while he or she is alive. We don’t know if Shojoji has to turn into a person to access their powers or if he can use them in his original form.The way Shojoji opened his mouth to eat Tentou’s brain reminded me of Orochimaru. Maybe Shojoji is one of his experiments?

Nothing much happened in Boruto manga chapter 13. All it did was have Boruto confront Shojoji and promise an exceptional fight between the two.

The thing I don’t like is the weird fan-service that seems to be going on. Something about Salad’s outfit just doesn’t sit right with me. It looks too inappropriate for an eleven or a twelve-year-old to be wearing. Then there were panels that showed Salad training in her (underwear?) sleepwear. What is going on? What kind of demographic is this manga trying to appeal to? These scenes are only going to look weirder when they inevitably appear in the anime.

What did you think of Boruto manga chapter 13? Will Boruto be able to defeat Shojoji on his own? Let us know.