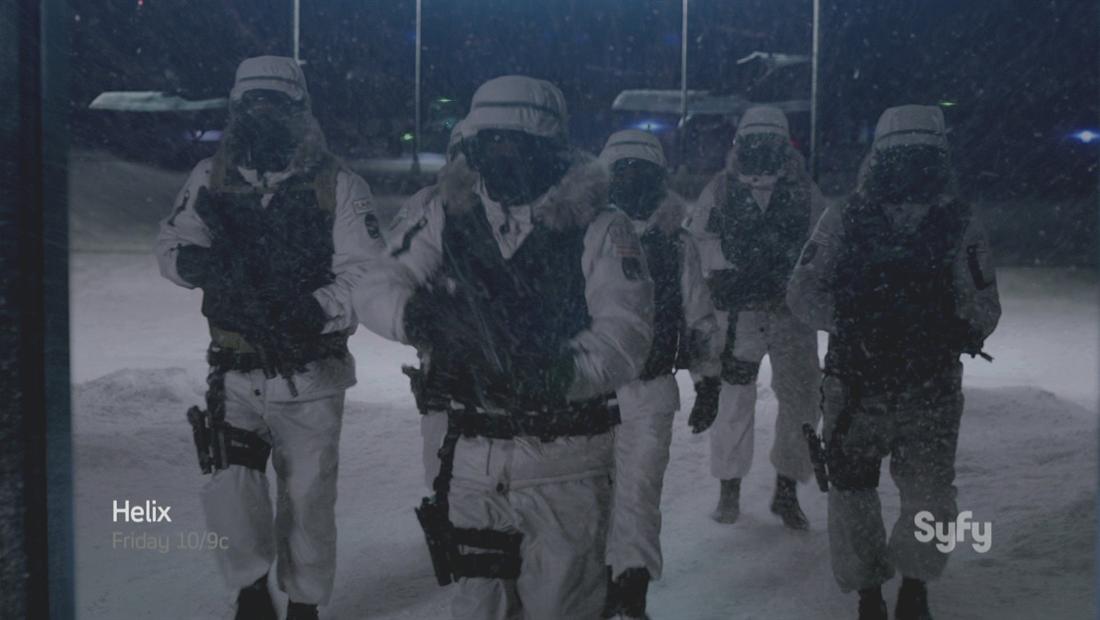 After this week’s episode of Helix, I almost felt like I’d hit the jackpot. Why? Now that a crew of people from Arctic Biosystems’ parent company, Ilaria, have arrived, we finally have more characters! Though only one – Sutton – was given both a name and substance, I have to say…I’ve got a good feeling about this. Unlike most of the other female characters this show has introduced, Sutton seems to have her wits about her…even if she’s most likely solidly in the ‘bad guy’ camp.

Speaking of ‘bad guys’, Survivor Zero certainly threw me for a loop when it showed Hatake crying over Julia’s silver eyes. Not only was Hiroyuki Sanada’s acting in this scene exemplary, but it added even more mystery to his interest in – and apparently, attachment to – Dr. Walker. 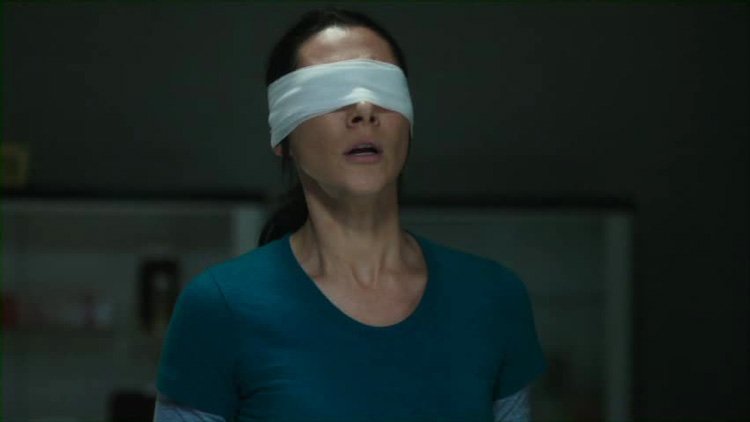 This was especially interesting in the wake of Hatake berating his ‘adopted son’ Daniel over killing some people, when Daniel obviously thought he was just doing what dear old dad would want.

On the subject of Daniel, the fact that Balleseros and Anana were able to walk right into the research facility and confront the others about Daniel having been kidnapped as a child was, to me, one heck of a plot hole. Even worse, it didn’t seem to lead anywhere! In my opinion, that’s something that the writers should delve into as soon as possible, because leaving such an important detail floating out there in plot device limbo for too long could do quite a bit of damage to both Daniel and Anana’s story lines.

Anana, for her part, was originally presented as an earnest woman of the law – so imagine my consternation when she seemed to be falling for Balleseros’ ‘charms’. Perhaps I would have been fooled into thinking he had a heartfelt interest in Anana and her story – until this episode also showed the extent of Balleseros’ relationship with Sutton.

Speaking of Sutton – what is up with the self-dentistry? Does everyone with silver eyes have to grind down their teeth? Was it necessary for her to constantly insist that they need to figure out both the disease and the cure – isn’t that already kind of obvious? Sutton was clearly inserted into the story to be a foil to Hatake, but Helix has a lot of clarifying to do in order to show why that’s the case.

Despite the aforementioned questionable content, Survivor Zero was by far the best episode we’ve seen in a while. It was easy to overlook the usually boring characters (Alan, Sara, Julia) in favor of the developments with Hatake and the arrival of the group from the Ilaria Corporation, and I’m definitely looking forward to a continuation of the quality we’ve seen from Helix these past two episodes…especially as the vectors have now broken out of Level R and are on the prowl.