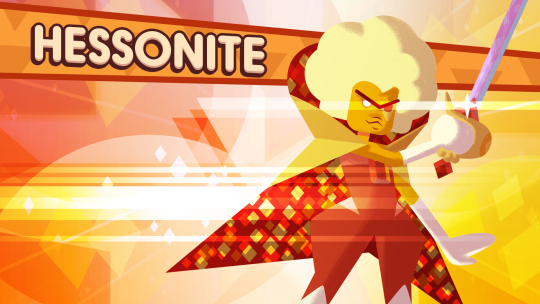 Grumpyface Studios’ first ever console game, Save the Light, has announced the main villain for the game: Hessonite!

Save the Light is a sequel to the app Attack the Light, and is slated to release on October 31st for PS4 and November 3rd for Xbox One. We have received a steady trickle of information about the game, including another new character/villain, Squaridot. But unlike Squaridot, who is also a peridot like our beloved Facet-2F5L Cut-5XG version, Hessonite is an entirely new Gem we have not met in the show, comics, or anywhere else!

What’s more, real life hessonite is a type of Garnet, and the character design for the Save the Light version looks similar to the Crystal Gem we know and love. Recently in a podcast, Rebecca Sugar confirmed that Fusions could have single-Gem counterparts — now we have an example of that. 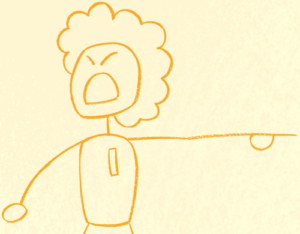 There are also conspicuous parallels to the simplistic stick figure Centipeetle draws in “Monster Reunion” — the fandom is already abuzz with speculation that this is also a Hessonite, maybe even the same one, since the gem placements are both on the chest. Could a Hessonite (maybe even this Hessonite) be the Crystal Gem Peridot’s nefarious and mysterious “manager,” mentioned in “Message Received”? We might just find out soon!

Although Save the Light is “second-tier canon” (considered canon until first-tier canon, the show itself, contradicts it), Rebecca Sugar has worked very closely with Grumpyface in the design, plot, and overall feel for the game. Hessonite is no exception, and we even have a full character sheet for her in-game design. The sparkly cloak! The hair! The eye piece! Everything about Save the Light so far has been gorgeous and thoughtful and I cannot wait to get my hands on a copy and play it.

Keep an eye on Grumpyface Studios’ social media, as they have promised to share “concept art, sketches, and details about the collaborative work that led to [Hessonite’s] creation!” in the coming weeks. 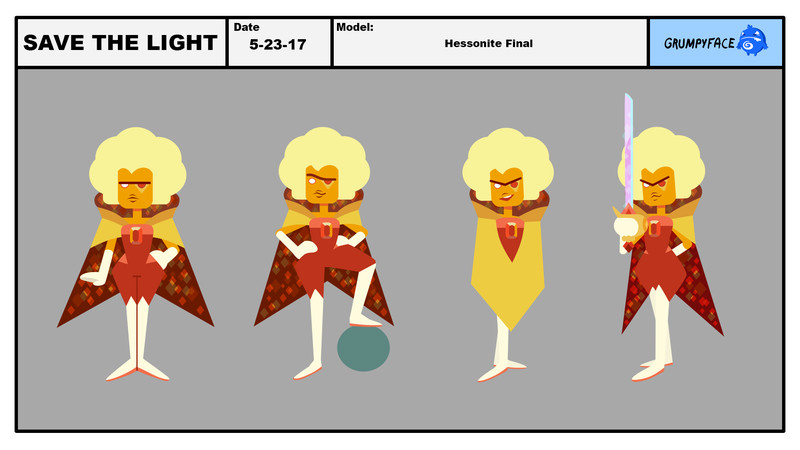 Previous:“Addict” by Author Matt Doyle is a Fun Sci-Fi Crime Story with a Queer Female Lead
Next: Watch The Mesmerizing First Trailer For The Daniel Day-Lewis Starrer ‘Phantom Thread’