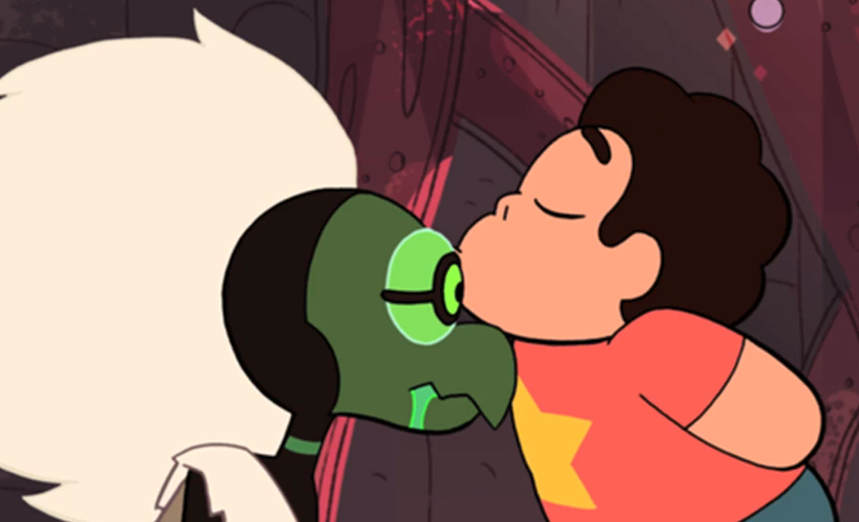 With an 11-minute episode format, the production crew of Steven Universe must get to the point of important plot episodes quickly. There’s little room for cliffhangers or needless suspense, and “Monster Reunion” is a perfect example of that.

The fandom predicted from its title that “Monster Reunion” would see the return of Centipeetle, but I don’t think any of us knew she would be halfway healed, reverted back to her “monster” form, and then left unbubbled and happy and separate from Steven by the end of a single episode! 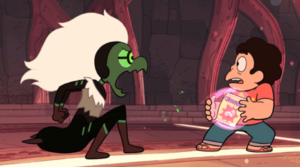 Trigger Warning: Discussion of physical and mental disabilities and PTSD.

Steven Universe has touched upon discussions of physical and mental disabilities before. Peridot is learning to cope with the fact that she’s an Era-2 model, made to be less powerful than others of her species. Amethyst is grappling with her smaller size, as well as long-term issues of low self-esteem. A part of Pearl’s arc has been coming to terms with her relative physical weakness, but perhaps even more prominent is how she’s been learning to address her grief, self-hatred, and PTSD from the Gem War. In “Monster Reunion”, the Crewniverse really sank their teeth into these issues, and they did so masterfully.

Centi suffers from a number of disabilities, some of which are at times analogous to various human conditions, while simultaneously being something entirely alien. She suffers from memory loss, can barely speak, has a body which fluctuates between forms uncontrollably, and when triggered, she suffers from panic attacks. Not once does the narrative look down on her for this. Steven is constantly sympathetic and helpful, doing his best to support her in whatever ways he can. 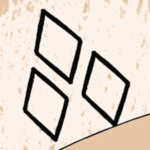 ‘Magic kisses’ are a prominent trope in fiction, and the writers could have easily embraced it wholeheartedly. Instead, they chose to defy it. “I guess it’ll take more than a kiss to heal damage from the Diamonds,” says Pearl. In real life, medication and physical aids can help people overcome numerous conditions, but there is rarely a single magical cure that instantly fixes everything. Steven’s spit was able to overcome some of the damage, but not all of it. Even once Centi took on a partially-humanoid form, it wasn’t stable: recovery isn’t always linear. Sometimes you backslide, and that’s okay.

But neither of them gave up. When it became clear that speaking wouldn’t work, they found other ways to communicate; through song, through drawing, through writing. At the end, Steven even resolves to learn the Gem language himself, so that he can better communicate with Centi on her terms. Centipeetle isn’t ‘healed’ by the end of the episode, but she doesn’t need to be. She is reunited with her crew, her friends, and finds happiness her own way. She didn’t need to be the person she was before her corruption to find peace. 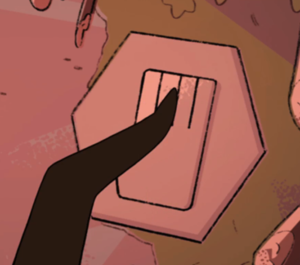 I put a lot of effort into this review. Because these topics are genuinely important to me, but I’m by no means an expert, I wanted to make my thoughts as clear and respectful as I could. I am so genuinely impressed by what the crew accomplished in “Monster Reunion”. It is one of the most emotionally impactful pieces this show has created yet. You can see how Steven is overflowing with desperate eagerness, just wanting to reach out his friend. You can see the exhaustion in Pearl and Garnet, who must have watched Rose try to heal the corrupted Gems for thousands and thousands of years. Most importantly, you can see Centi’s confusion, her joy, and her terror… It’s heart-wrenching when she breaks down in tears, truly uncomfortable when she begins vomiting, and when she tries desperately to activate the lock to her ship, only for her hand to transform into a claw. It’s terrible and superb, and it made me cry.

Besides the emotional resonance of “Monster Reunion”, there were lore dumps via Centipeetle’s drawings (ONE DAY we shall see flashbacks from the war that aren’t in some kind of sneaky details-obscuring style… but it is not this day). The Centipeetles were some of the first Gems on Earth and probably essential to the colonization. Corruption is not a physical problem with the gem itself. The Diamonds’ corruption-bomb was musically based(!). Centipeetle was not on the side of the rebels during the war. The Gems have a written language. 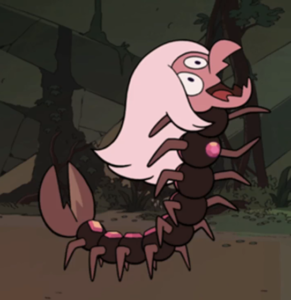 Steven Universe has proven again and again it is a show of messy relatable realness, and that the love in your relationships is what will see you through hard times. “Monster Reunion” is perhaps the apex of that format.

Previous:Comic-Con 2016: The Magic of Steven Universe
Next: Welcome to Deadland: A Refreshing Take on the Zombie Apocalypse Genre