Comic-Con 2016: The Magic of Steven Universe 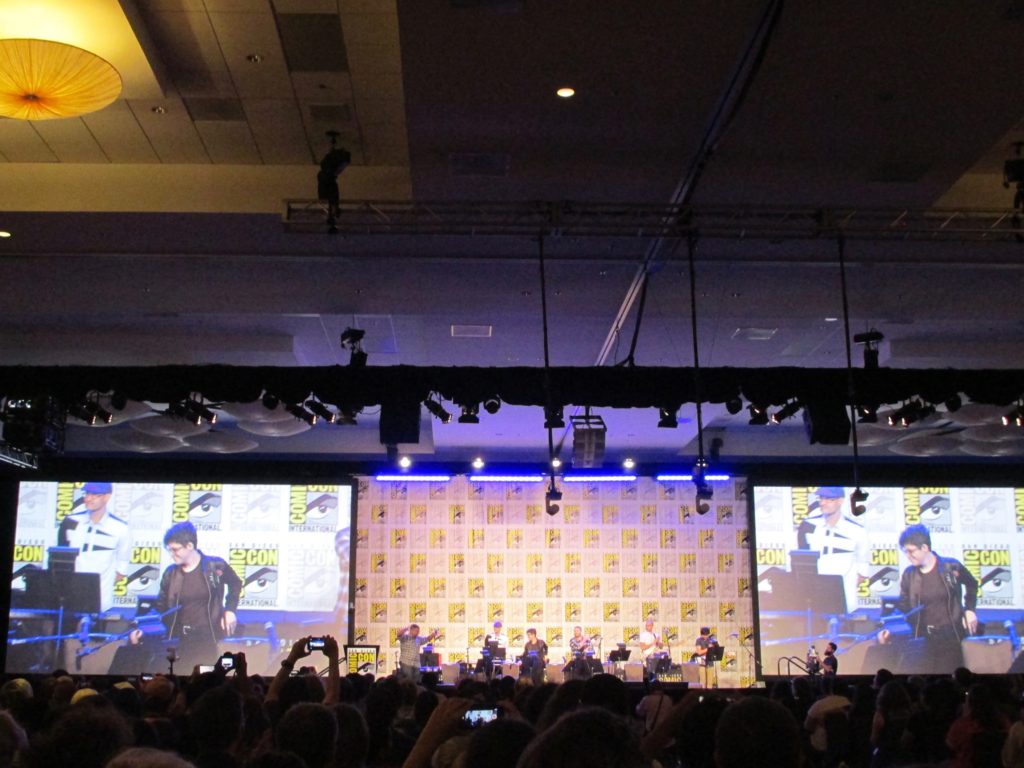 This year at San Diego Comic-Con, Tara and Angel were lucky enough to attend the Steven Universe Singalong and panel, which truly brought the magic of Steven Universe to the convention.

They took over The Geekiary’s twitter and livetweeted the event. Some of the highlights from the panel in general were: 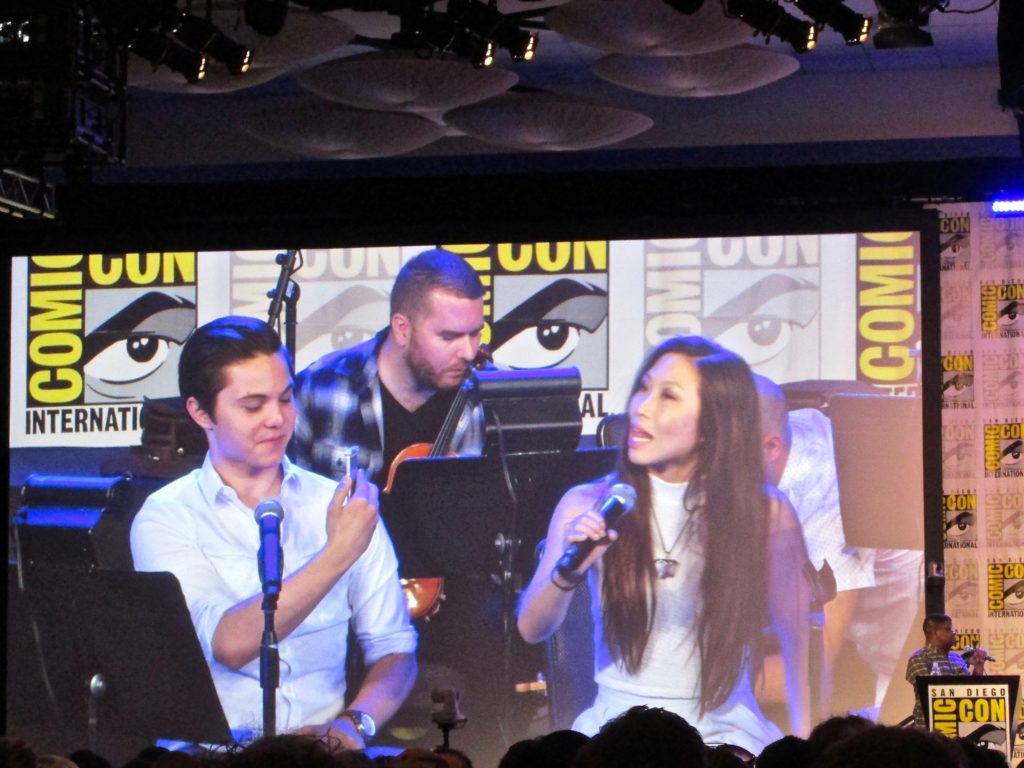 If you want more, check out our “Twitter transcript” of the SDCC Steven Universe Press Panel! 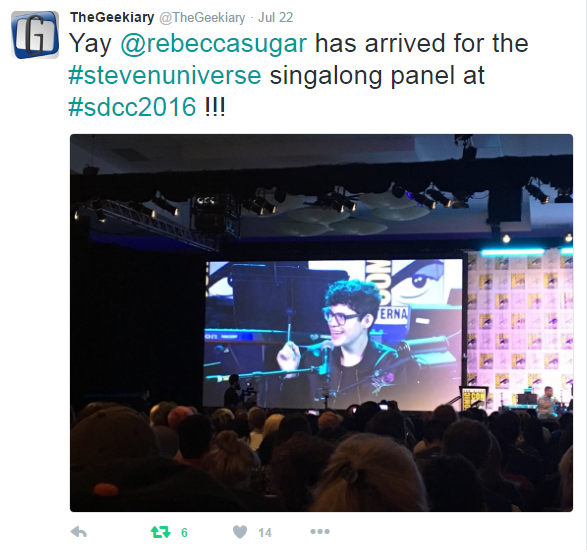 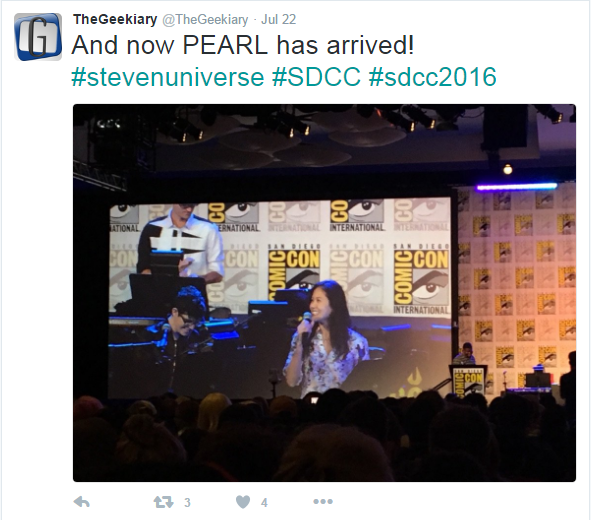 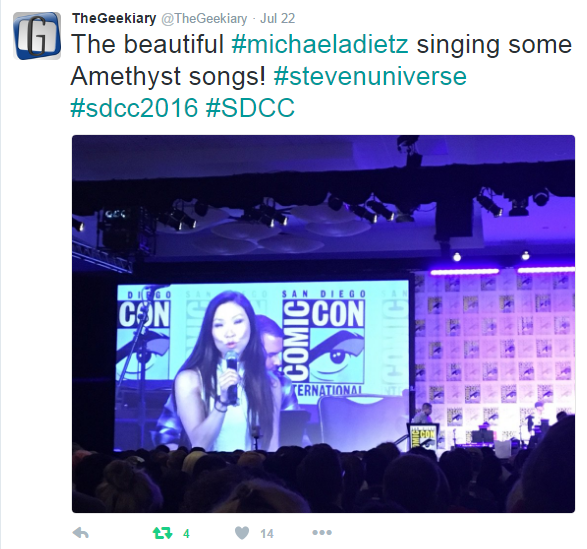 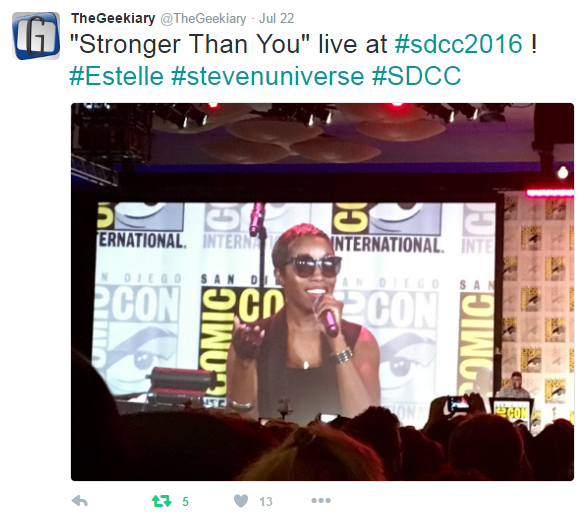 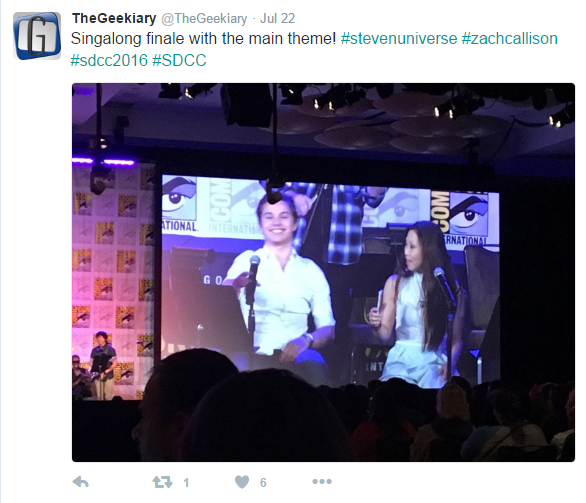 Did you attend this singalong/panel? If so, do you agree that it really brought the magic of Steven Universe to SDCC? Let us know in the comments!